As East London celebrates the 10-year anniversary of the London 2012 Olympics, which had a rejuvenating effect on Stratford, where much of the games was held, joint venture partners PSP Investments, QuadReal Property Group and Unibail-Rodamco-Westfield (URW) have announced the six-month countdown to the opening of Coppermaker Square, their 1,225 apartment Build to Rent development next to Queen Elizabeth Olympic Park and Westfield Stratford City.

Keith Whitmore, head of development, design & construction UK and director of construction management Europe at URW, said the opening of the first phase of Coppermaker Square ‘will be the culmination of more than a decade of investment into Stratford by URW’.

“During that time, we have seen the area transform into one of London’s most vibrant and exciting districts while investing more than £2 billion and helping to generate thousands of retail and construction jobs,” he said.

“Coppermaker Square will be the most exciting new address in the neighbourhood and we, alongside our dedicated partners, PSP Investments and QuadReal, look forward to welcoming the first residents.”

Greystar, which already has a sizeable stake in the BTR market, has been appointed as the scheme’s operator and will provide an end-to-end management service on site.

Michela Hancock, managing director at US-based Greystar, said: “Greystar is thrilled to be selected as the operator for Coppermaker Square and looks forward to working closely with PSP Investments, QuadReal and URW to deliver a best-in-class Build to Rent community with exceptional customer service and amenities.”

In total, the Coppermaker Square project is made up of nine residential buildings, ranging from eight to 38 levels, all arranged around a landscaped public square with additional green spaces for residents.

The apartments will be a mix of studio, one, two, three and four-bedroom units, many of which will benefit from views over the Olympic Park and London as a whole.

The scheme will have a dedicated amenities hub plus a commercial space, as well a gym, exercise and wellbeing studios, a 25m pool with spa facilities, a co-working space, a residents’ lounge, a private roof garden and a cinema room.

The name comes from the 1847 Eastern Counties Railway’s Stratford Locomotive Works, which was situated nearby.

The site had several copper making workshops that were integral to construction of the locomotives, and the production of the network of copper tubes used to power locomotive engines.

The first phase of development for West Bar, the £300 million mixed-used scheme in the heart of Sheffield City Centre, has begun, according to the joint venture behind it.

Legal & General and Urbo (West Bar) Limited – a joint venture between Urbo Regeneration and Peveril Securities – part of the Bowmer + Kirkland Group, together with partners Sheffield City Council, have marked the major milestone for the West Bar scheme.

To deliver the first phase of development, Legal & General has committed £160 million of forward funding to developers Urbo (West Bar) Ltd, ‘the single largest private investment deal’ in Sheffield City Centre and the culmination of several years’ work in the assembly and ground preparation for ‘comprehensive area-wide regeneration’.

Bill Hughes, head of LGIM Real Assets, said: “The need for investment in real assets in UK cities and towns has never been greater. Legal & General is committed to working with civic authorities and leaders to unlock city regeneration and secure the viability of socially and economically important UK schemes; Sheffield’s West Bar development is exemplary of such partnerships.”

Sheffield West Bar is described as ‘a cutting-edge mixed-use project’ which will deliver much-needed new grade A office accommodation, housing, and green public spaces on the gateway site. It also has the potential to create up to 8,000 new jobs.

When complete in 2024, this first phase of West Bar will deliver:

The creation of West Bar Square will aim to provide a central hub for retail and leisure uses within West Bar, as well as providing much-needed services to occupiers and residents in the area. It will also provide a key link from the successful Kelham Island area to Sheffield city centre.

Apo, which describes itself as ‘the innovative Build to Rent operator’, has completed the final handover of its second site located in Kew Bridge, from developer EcoWorld London.

Described as being more than a flat, with free WiFi, a flexible lifestyle package and state-of-the-art communal amenities, the scheme also offers residents a regular programme of community events and an ‘intuitive members mobile app’.

The scheme sits at the heart of the Brentford East regeneration project, a vibrant West London neighborhood which houses a growing community of high-street retailers, cafés and restaurants, and sits just moments from Kew Bridge station. 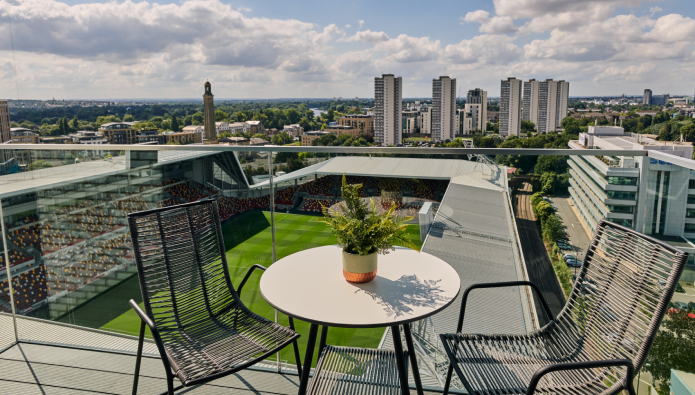 On matchdays, residents can benefit from a bird’s-eye view of either Premier League football action or London Irish rugby matches on display at the 17,250-seater sports venue just next door.

‘’We are delighted to announce the full completion of our second rental scheme at Kew Bridge,” Matt Finch, director at APO, said.

“Following the successful launch of our first site in Barking, we are proud to have created 1,082 new Build to Rent homes in London over the past two years, responding to the high market demand while maintaining even higher expectations for quality and intuitive living services. We look forward to continuing to welcome new members into the community lifestyle on offer at Apo Kew Bridge.”

The scheme launched in November 2021 and prices start from £1,460 per month for a studio.

It is the first investment made by the two firms on behalf of the joint venture launched earlier this year, which targets BTR opportunities in the South, South East and South West of England. 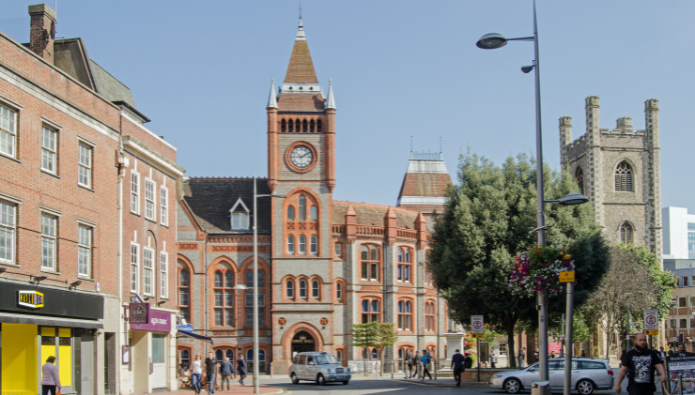 PGIM Real Estate is the multi-billion real estate business of PGIM, while Osborne Developments is the development arm of the Osborne Group.

The completed Reading development is set to meet the joint venture’s environmental targets and be directly owned and operated.

At present, the site is a vacant office building and car park ‘in a sustainable location’. It also benefits from a current application to deliver 131 homes.

Construction is set to begin in 2023 and complete in early 2025, with the design of the property incorporating ‘high environmental and social credentials’ including photovoltaic panels, electric vehicle charging points, shared internal amenity spaces and roof top gardens.

Paul Stanford, head of UK and Ireland at PGIM Real Estate, commented: “The UK residential sector continues to offer defensive fundamentals and attractive long-term growth potential, despite the recent short-term market volatility. Demand remains robust for these high-quality homes in areas with supply shortage, such as Reading. We are delighted to make our first investment for the venture and look forward to working with the experienced team at Osborne Developments to invest in further strategic sites.”

Ryan Harris, head of land and investment at Osborne Developments, added: “I am delighted that we have acquired this excellent site in Reading on behalf of our joint venture with PGIM Real Estate. Reading is one of the top-performing economies in the UK and benefits from excellent transport links, including the recently opened Elizabeth Line.

“New professionally managed rental housing is a vital part of housing supply. Recent economic pressures reinforce our business model of a single vehicle to bring new homes forward and we look forward to seeing the first residents make this development their home.”