By Alastair Lockhart For Mailonline

The Greater London Authority (GLA) said the funding would be targeted in areas with the fewest trees and those most vulnerable to climate change.

The move comes following a record-breaking heatwave in the UK last week, when temperatures soared to over 40 degrees for the first time on Tuesday July 19.

The London Fire Brigade (LFB) said the day was its busiest day since the Second World War, with crews attending 1,146 incidents.

Homes were gutted in Dagenham, East London as wildfires raged across the city 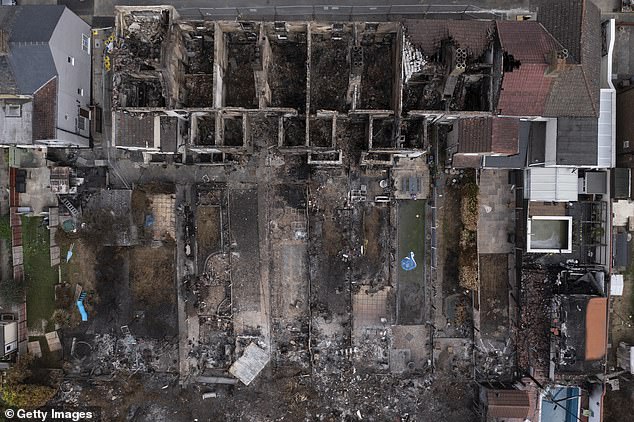 A massive fire tore through homes in Wennington, London on the UK’s hottest day in history 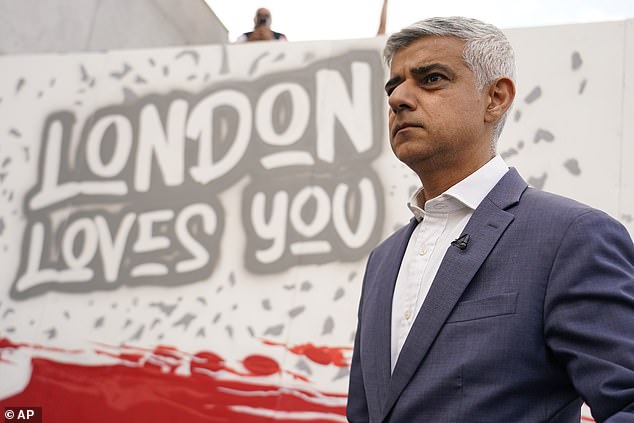 Head of the LFB Andy Roe said the fires in the capital last week were unprecedented. He said: ‘I saw stuff this week that I had not expected to see as a London firefighter.’

Mr Khan said the week’s events ‘laid bare how vulnerable London is to the effects of climate change’.

The mayor added: ‘The climate emergency is the biggest global threat we face today and we know that it doesn’t impact all Londoners equally, with communities suffering poverty, deprivation and health inequalities more likely to experience the worst effects of flooding, overheating and poor quality air.

‘As Mayor, I will continue my bold action to preserve and increase tree coverage across the capital as we build a better, greener and more sustainable London for everyone.’

The Mayor’s project is an attempt to reduce an ‘urban heat island’ effect, whereby heat in cities is intensified by a lack of trees and greenery.