The loved-up pair were spotted canoodling at Sister Act: The Musical at the Eventim Apollo in Hammersmith, West London, earlier this week.

The actress, 22, previously embarked on a passionate romance with Scottish marine engineer Daniel Kent, who works on one of the world’s most spectacular superyachts.

Now, Gaia has pushed him overboard and is going out with Swiss-born Basil, 29, who stars in Netflix hit The Witcher.

‘They couldn’t keep their hands off each other,’ whispered a fellow audience member at the event.

Gaia put on an edgy display in a red checked two piece that consisted of a cropped blazer and mini skirt. 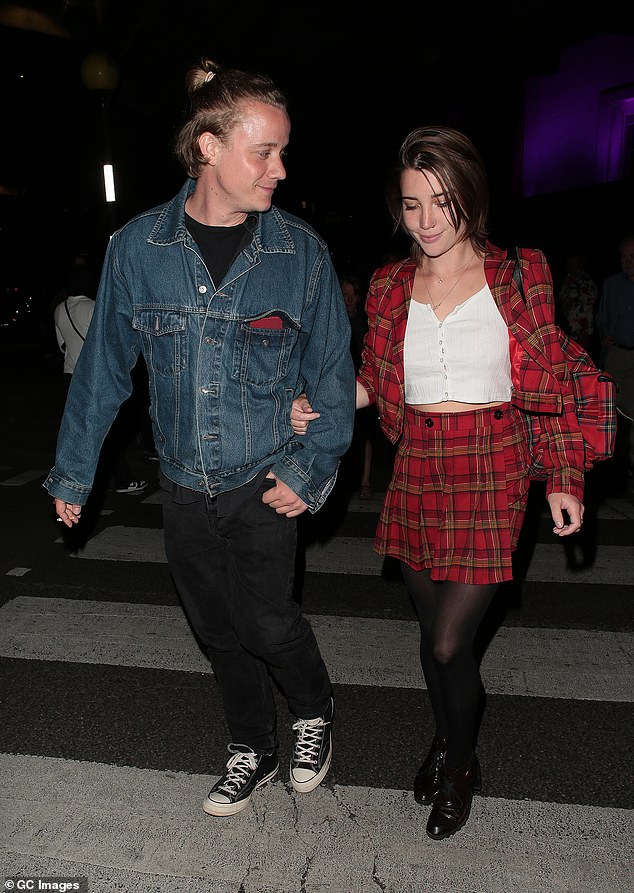 Cute: The loved-up pair were spotted canoodling at the event which comes after Gaia ended her passionate romance with Scottish marine engineer Daniel Kent 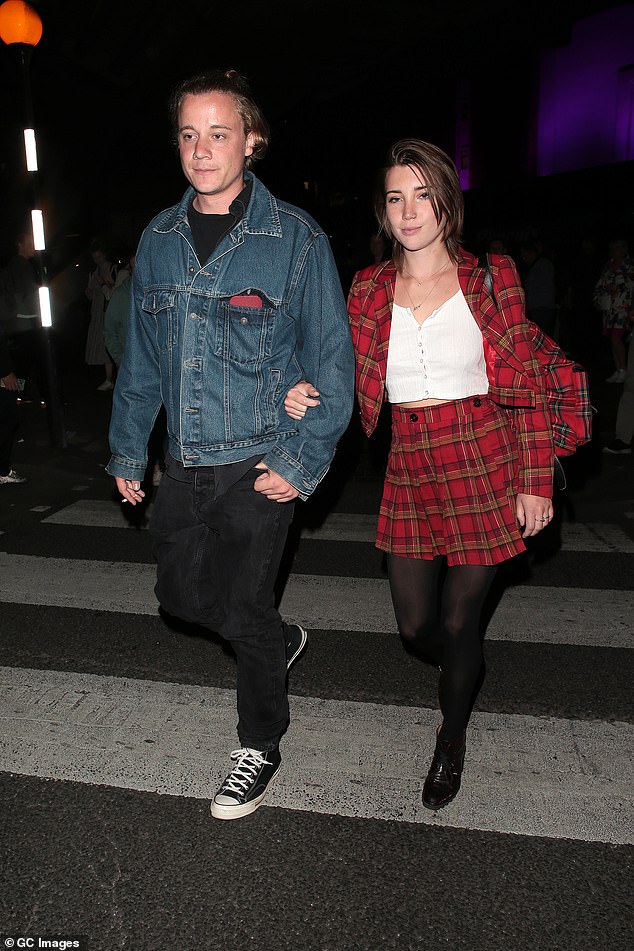 Adorable: Gaia put on an edgy display in a red checked two piece that consisted of a cropped blazer and mini skirt

Basil looked handsome in an all-black ensemble with a denim jacket as he pulled his long blond locks back from his face.

The outing comes as Gaia followed in her mother’s footsteps as she made her TV debut in the latest series of BBC drama Silent Witness.

With her sweet smile and cropped dark hair, Dame Emma’s daughter looked every inch the mini-me. 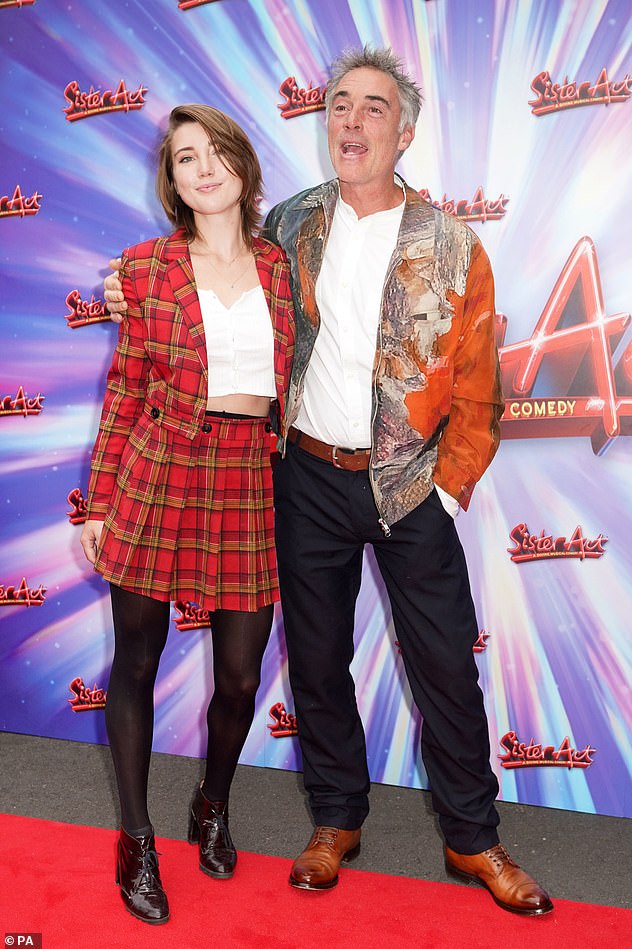 Family: Gaia was joined by her dad, Strictly star Greg Wise at the event

In the series Gaia plays university student Jo Reynolds whose mother, the controversial health secretary, is assassinated – sparking the interest of forensic pathologists.

Earlier this year, Gaia revealed to the Daily Mail’s Richard Eden that she’s prepared to follow her mother’s example and disrobe on screen.

Dame Emma recently bared all in her latest film — Good Luck To You, Leo Grande.

Gaia said: ‘If it’s professionally prepared, and you’ve got the right kind of protection around you, then that’s absolutely fine.’ 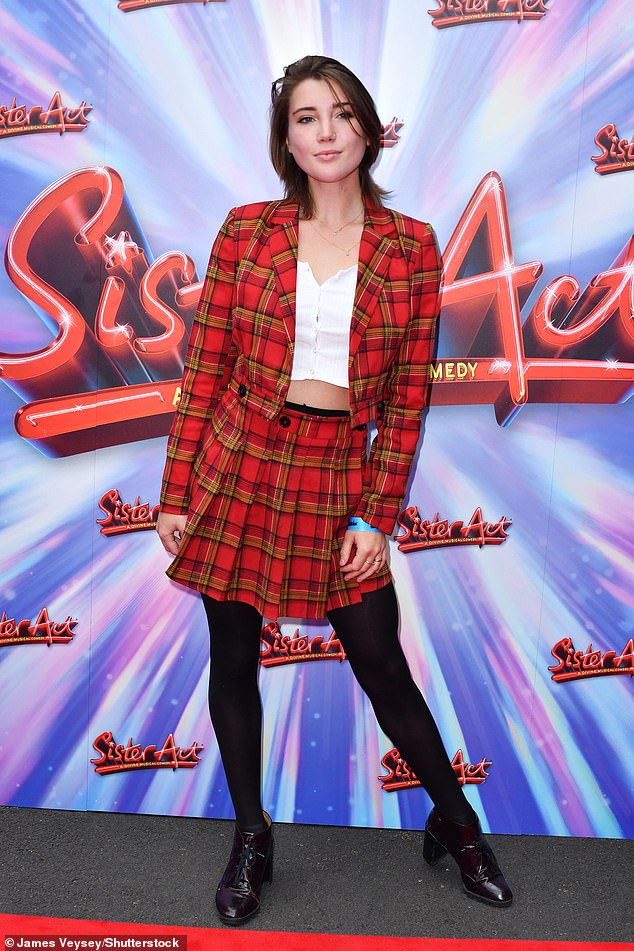 Career: The outing comes as Gaia followed in her mother’s footsteps as she made her TV debut in the latest series of BBC drama Silent Witness

It comes after Gaia detailed her three-year battle with anorexia – and credited her parents for saving her life by staging an emergency intervention.

The aspiring actress developed anorexia aged 16 which left her so thin she was unable to even sit on a chair without it being painful. She was later admitted to rehab in 2017.

She spoke out about her illness for the first time with The Sun on Sunday, saying ‘Anorexia makes you really good at gaslighting people, making it sound like they’re insane. 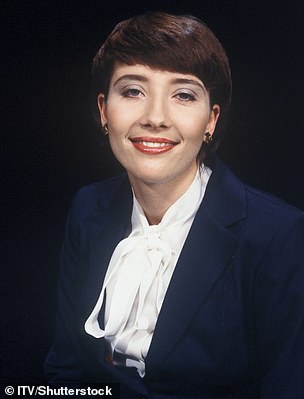 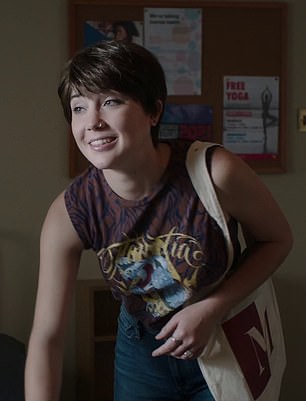 Twins: Dame Emma ‘s daughter looked every inch the mini-me (Emma in TV comedy series There’s Nothing To Worry About in 1982 and Gaia in Silent Witness

Anorexia is a serious mental illness where a person restricts their food intake, which often causes them to be severely underweight. Many also exercise excessively.

Gaia spoke of how Greg, Emma, and her family, including brother Tindy, 36, and best friend gathered together for an intervention, with Gaia agreeing to a three-month rehab stint after Greg said: ‘I don’t know where my child is any more.’

Adding that it was a ‘kick in the teeth’ she added: ‘I had to listen to the ­people I loved most in the world who, at the time, I’d really forgotten about, tell me what I was doing.’

She said: ‘That’s when I said I’d go to rehab. I went on December 29, 2017, and stayed for three months. Since then I’ve had a lot of ­therapy — and I’ll always be grateful for that, because it saved my life.’ 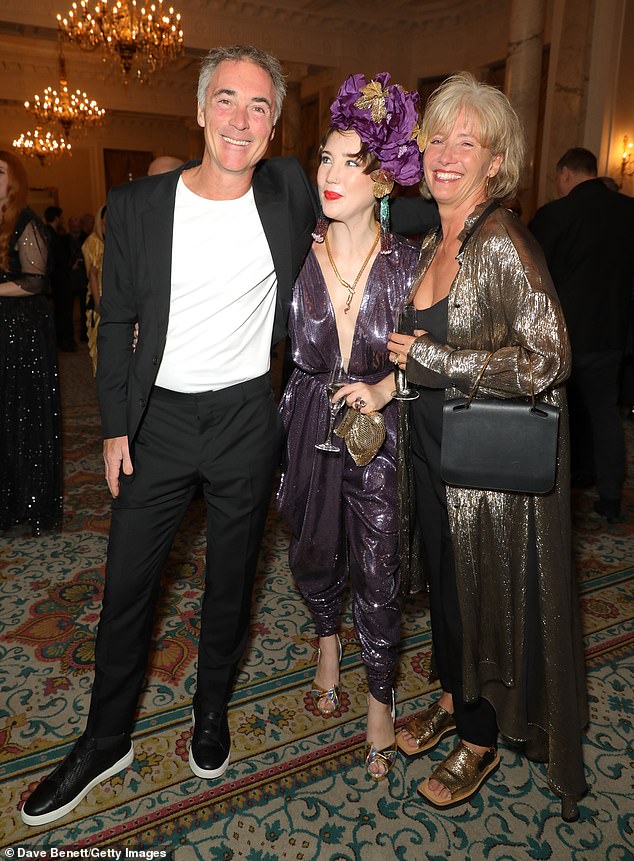 Support: The aspiring actress has also spoke out about her battle with anorexia which left her so thin she was unable to even sit on a chair (pictured in September 2021 with her parents)