A 28-year-old who was fatally shot a gathering in east London has been named as local man Sam Brown.

Police were called to Cheney Row Park, Waltham Forest, at about 12.30am on Sunday to reports of shots being fired.

Soon afterwards, two men, one of whom was Mr Brown, turned up to an east London hospital.

The other man, aged in his 30s, had suffered stab injuries. He was later discharged from hospital and has been arrested in connection with the incident.

Detectives are carrying out a murder investigation in relation to Mr Brown’s death.

Police have urged any witnesses to remember his “grieving mother and father” and help with their inquiries.

Residents near Cheney Row Park said they expected trouble when they saw groups arriving in the area. 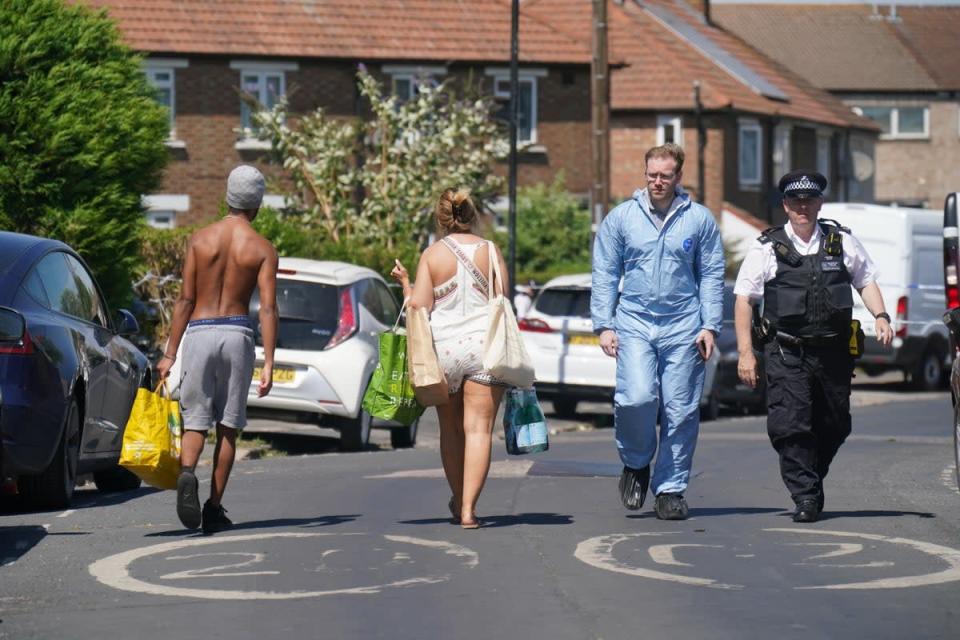 One man, who did not want to be named, said: “We live round the corner so didn’t see anything but I did see earlier more and more kids showing up so we thought… there would be a fight.

“We didn’t think it would be anything like this.”

Another resident, who also did not want to be identified, said he had to bring his young daughter home from the park at about 5pm, saying a group of teenagers had been “smoking weed” and taking other drugs since early afternoon.

A large cordon remains in place around the park and neighbouring streets while officers have been carrying out door-to-door inquiries in the area.

A forensics team are also on the scene.

Detective Chief Inspector Kelly Allen, who is leading the investigation, said: “My heart goes out to the family of Sam, who has lost his life in this reckless act of violence. I can assure them of my total dedication, and that of my team, to ensuring that they get justice.

“I believe there were 50 to 100 people gathered in and around Cheney Row Park at the time of the shooting with music playing. I urgently need to speak with everyone who was at that event – even if you do not believe you saw anything significant, you need to come forward and speak with officers.

“There will have been footage and images captured at the event, and we need to see these. Please ensure that all such material is saved – we will provide a link for it to be uploaded shortly. 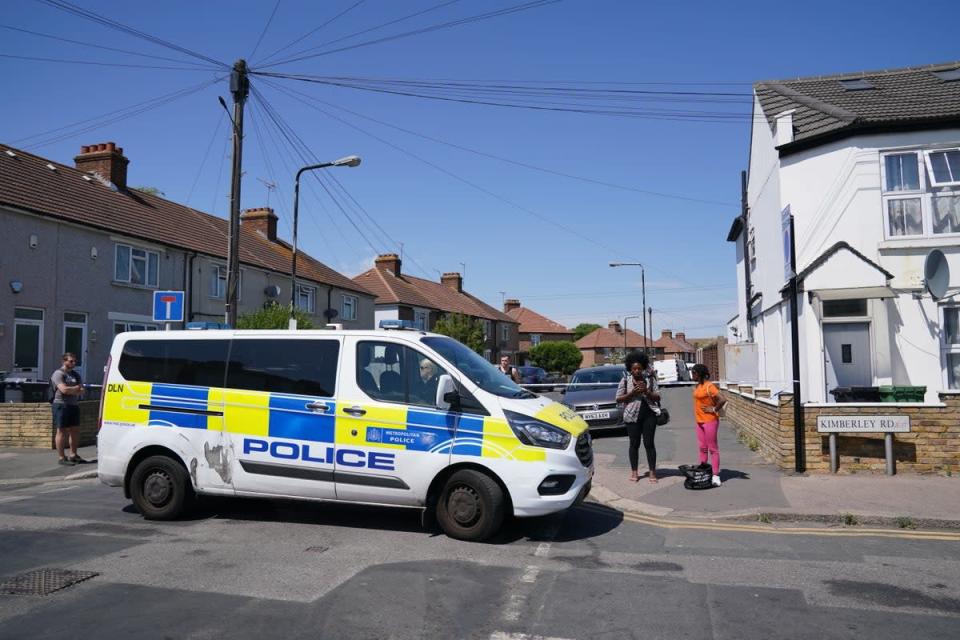 “To anyone considering whether or not to come forward to police, I ask you to put yourself in the position of the victim’s grieving mother and father this morning. They deserve answers.

“And whoever took a gun to a gathering like this does not deserve your protection, nor do they deserve to be free to inflict further harm on others. Please do the right thing and make contact today.”