Standon Calling 2022 starts today and the Nutty Boys are heading for Hertfordshire to headline this year’s festival alongside Anne-Marie, Loyle Carner and Primal Scream.

Legends of north London, and despite only having one UK number one, Madness have released anthem after ’80s anthem – from “Baggy Trousers” to “House of Fun”.

Ordinary boys from NW5, they rose to fame in Camden Town during the 1970s, next to venues which at the time hosted the Rolling Stones, Led Zeppelin, The Clash and Paul McCartney.


Madness In Their Car arriving at the Cambridge Theatre, London for the opening night of “Our House”, a musical based on the band’s hits (2002)
– Credit: Ian West/PA

The Madness boys have partied ever since – at Glastonbury, the London 2012 Olympic Games, on top of Buckingham Palace for The Queen’s Diamond Jubilee and soon at Hertfordshire’s Standon Calling.

In 1982, “Our House” came right alongside Madness’ Rise and Fall.

Some of the band’s best known songs slot into their singalong chronicle of London living and “Our House” is no different – about a thriving, bustling home filled with memories.

And their iconic music video even features a sliver of Hertfordshire, with a closing shot filmed at Stocks House in Aldbury, near Tring.

“I hear the sound of rain falling in my ears, watching around the weariness like tears,” sings Suggs.

Forget about summer sunshine, this Madness Top Five single is all about a refreshing bout of British rain.

“The Sun and the Rain” peaked on November 13, 1983, according to the Official Chart Company – beaten by Billy Joel’s “Uptown Girl”, Paul McCartney and Michael Jackson’s “Say Say Say”, Shakin’ Stevens’ “I Cry Just a Little Bit”, and Lionel Ritchie’s “All Night Long”.

Written by saxophonist Lee Thompson, this 1980 ska track is about his family’s reaction to his sister’s pregnancy by a black man.

Hayley Richards – Thompson’s niece – and Thompson discussed the songs meaning on the BBC’s One Show in 2017.

Thompson said: “If I could turn back time, I’d have spent more time on the lyrics and no be so harsh on my family, but in no way am I embarrassed about writing ‘Embarrassment’.”

The lead single from 7 and later feature on the Divine Madness compilation, this gloomier Madness track spent 10 weeks in the UK Singles Chart, peaking at number four.

Written by keyboardist Mike Barson, Suggs sings: “In the morning I awake. My arms, my legs my body aches. The sky outside is wet and grey, so begins another weary day.”

The music video features Suggs and the band bombarded by fans on Camden High Street, flying through north London on an open-top bus and performing in the old Bowman Bros department store.

Few would deny that this is a modern classic.

Written and first released by Labi Siffre in 1971, Madness’ version of the song one decade later peaked at number four in the UK Singles Chart on January 3, 1982.

The original writer and singer makes a cameo in the band’s 1981 video.

This is another 1980s classic which is quintessentially Madness.

“Driving in My Car”, with its fun and all-too catchy riffs, is instantly recognisable.

Songwriter Mike Barson and his muse for the song, Kersten Rodgers, have spoken about the origins of “My Girl” in the past.

“Men like to stay in their man cave, and drink beer, and watch football, and are trying to be on their own, and women are trying to relate to them all the time,” said Rodgers.

Barson spoke about the song’s success: “When something is personal, about yourself, often a lot of people share it, especially if it’s something genuine.”

An antidote to Pink Floyd’s “Another Brick in the Wall”, Madness’ anthem “Baggy Trousers” featured on the band’s second album Absolutely.

In a 2009 Daily Mirror interview, Suggs explained: “I remember thinking that Pink Floyd’s ‘Another Brick In The Wall’ showed a very different school experience to ours.

“In my school, I generally felt sorry for the teachers who were given a hard time because we were all up to no good.

“So I tried to redress the balance a little bit with this song. The title refers to the high-waisted Oxford bags we used to wear with Kevin Keegan perms – the worst fashion known to humankind.”

“Take time for your pleasure and laugh with love.”

This upbeat tune, which was released as a standalone single, spent 10 weeks in the UK charts in 1983, peaking at number two.

And the end of the video? A white van takes a parachute ‘jump’, floating down to Earth but landing with a bump.

Madness’ coming of age anthem is their only number one single, with “House of Fun” sat at UK Singles Chart top spot for two weeks in May and June 1982.

In 2022, “Our House” far outpaces “House of Fun” online. On Spotify, the former has totted up more than 199 million streams compared with the latter’s 22.2m.

But the track remains a defining single for the north London sextet: fun-loving; packed with character; infectiously joyful. 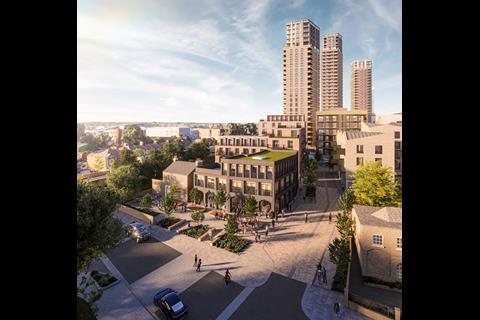