A 64-year-old predator who battered a vulnerable young woman to death in a converted shipping container and buried her body in woods has been found guilty of murder.

Romanian Necolai Paizan, 64, hit his petite victim Agnes Dora Akom at least 20 times over the head with a jigsaw power tool during a brutal assault in Brent, north-west London, on May 9 last year.

Afterwards, he was captured on CCTV calmly washing his hands and face before bundling her body into the boot of his car inside a bag.

The next day, he transported her to Neasden Recreation Ground where he used a wheelie bin to transport her to woodland where he buried her beneath a pile of logs and branches.

Over the coming days, Paizan visited the park where he had hidden the body five times while telling his son he wanted to go back to Romania.

Paizan was convicted after one hour of deliberations (Metropolitan Police/PA)

Ms Akom, a coffin-maker from Hungary, was reported missing by her concerned boyfriend, with whom she lived in Cricklewood.

With her head in a black plastic bag, her badly decomposed body was discovered by police sniffer dogs on June 14 last year, a week before her 21st birthday.

An examination of the container revealed heavy blood stains matched to the victim despite “vigorous attempts” to clean it up.

Ms Akom’s blood was also found in the defendant’s car.

Her clothes had been bagged and discarded in a skip along with the blood stained jigsaw with Ms Akom’s hairs stuck to it.

Giving evidence, Paizan, a concrete mixer driver, admitted moving the body but denied murdering the young woman he knew as Dora, falsely claiming she poisoned him with iced coffee.

He described how he came to love her “like a daughter” after finding her begging for small change in a supermarket car park.

However, the evidence suggested that he had preyed on her vulnerability and targeted her with the promise of money.

They met 54 times over the 12 months before the murder and jurors were shown photographs Paizan took of Ms Akom semi-naked, the court heard.

He told jurors she would strip, dance, play games and send him “sexy” pictures and videos but they did not have sex.

On the day of the killing, they had arranged to meet by Facebook Messenger.

At 11.49am they went into the container, with the defendant emerging alone with blood on his arm, about 40 minutes later.

Paizan claimed he had little memory of events after she “poisoned” him, after she made repeated demands for money.

Recounting his version of events in the container, he told jurors: “All of a sudden I felt like a wave of darkness and I could not walk. I sat down in the first room.”

The next think he remembered was going into the bedroom area, seeing Ms Akom was naked and falling down.

He claimed she tried to force a bottle of liquid into his mouth and he pushed her away before leaving to get some air.

He said: “Because I did not know what was happening to me I did not even know my name.

“I washed my face to help myself to come to because my brain was blurred, I did not know who I was, what my name was, my head was not functioning right.”

Describing the scene when he returned to the container, Paizan said: “There was Agnes curled up in a ball, head down.

“I got scared and I entered a state of panic.

“What was going on?

“I cannot say what happened.”

Asked why he did not seek medical help, he said: “I think I realised there was no life left in her, the poor little thing, and I was in such a state of panic.

“I did not know what to do, how to go about things.” 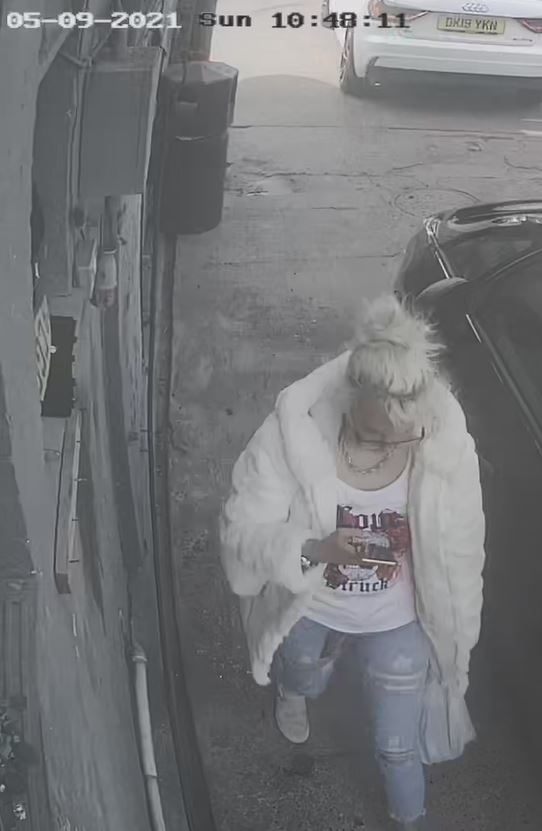 Paizan said he did not call the police, fearing they would not believe him.

Instead, he told jurors: “I tried to take her to the park, put her in a good place.”

He denied being responsible for Ms Akom’s death.

The father-of-four claimed he called her his “princess, little angel and sparrow” and in turn she called him “grandpa”.

Paizan claimed Ms Akom had demanded money and took drugs while he only wanted to help set her on the path of a better life.

However, there was no evidence that Ms Akom was a drug addict or a sex worker.

Jurors were told Paizan had convictions for benefit fraud, having bladed articles and a traffic offence.

Under cross-examination, Jake Hallam QC suggested Paizan’s account was a pack of lies.

An Old Bailey jury retired to consider its verdicts on Tuesday and found Paizan, of Kensington, west London, guilty of murder after one hour of deliberation.

Judge Richard Marks QC adjourned sentencing until Monday so that an officer could travel to rural Hungary and speak to Ms Akom’s family and obtain a victim impact statement.