Police have charged a man following a disturbance that took place during a Pride event on Saturday in south London, Ont. prompting organizers to say it highlights the need for more education.

The London Police Service said the incident is being reviewed by their hate crime investigator with one man accused of possessing a weapon for a dangerous purpose, and causing a disturbance.

Police have not released the individual’s name, saying details will be made public when the investigation is finalized.

Organizers of Wortley Pride described the incident saying the driver of a white truck continuously laid on the horn, circling the event taking place on the Green in Wortley Village. They said the driver eventually stopped on Wortley Road, exited the vehicle and physically confronted people participating. Witnesses said a woman was also in the vehicle.

“I was given reports by the community that there was an altercation and immediately police were contacted for their help,” said Wortley Pride chair Kathy Bell in a statement to CBC News.

The event continued with its scheduled walking Pride Parade and drag show after the individual was arrested, Bell said. Organizers ultimately received positive feedback from the community and plan to return with the event next year.

The family-friendly event carried on as programmed following the disturbance. (Submitted by Wortley Pride)

“This incident demonstrates why we need to continue to raise awareness and educate the community,” said Bell.

‘Somebody is going to get seriously hurt’

Witnesses told CBC that in the altercation at least one person was punched, and someone else was hit with a flagpole. There were also reports that Canadian flags were attached to the bed of the white truck.

“Probably, especially for a lot of the queer youth that were there, it was probably very traumatic for them,” said Genevieve Eastabrook, whose teenaged son was at the event and saw the altercation unfold.

“I am worried that this is part of a pattern of in-person violence. That there’ll be a larger presence of people with these kinds of hateful attitudes and that somebody is going to get seriously hurt.” 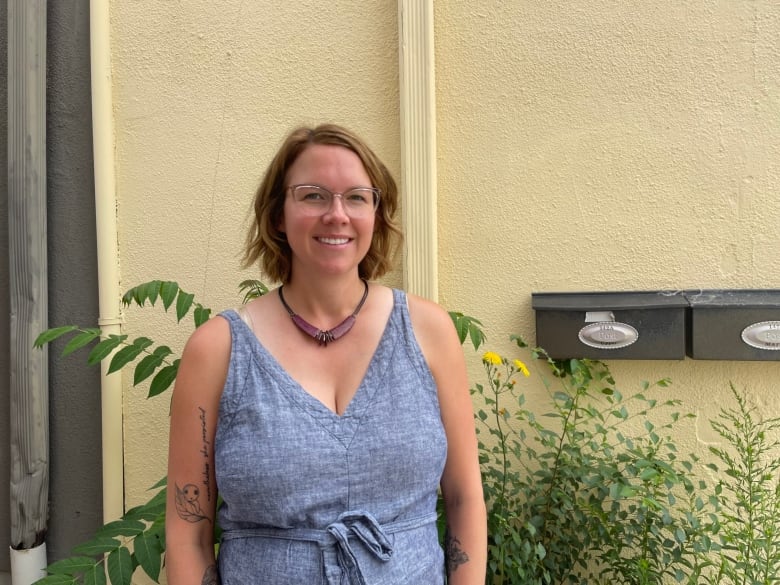 The incident is the latest in a string of acts against the LGBTQ2+ community in southwestern Ontario. In June, a prominent Tillsonburg businessman was charged with theft and vandalism after Pride flags in the farming community of Norwich were taken down. He later spoke for half an hour about his opposition to the LGBTQ2+ community at a town council meeting.

That same month, homophobic messages were left outside a Tillsonburg business where Pride flags had been slashed.

“Over the past couple of years, I would say there’s been a lot of division in the community,” said Skylar Franke, who was running a booth at Wortley Pride. She is also a candidate running for councillor in Ward 11 in the upcoming municipal election.

“So I was really happy to see yesterday, a lot of people going over to ask this person to keep going, and the police were there honestly within five minutes. I think we need to be addressing hate crimes and hate speech as quickly as possible. Nip it in the bud, because we cannot allow this to happen in our community.”

Pride week is underway this week in London, with the city-wide parade taking place on Sunday, July 24. Eastabrook said that for now, her guard is up for her son and everyone else planning to go.

“There has been more and more of this kind of violence both happening online and offline, you know, directed it at Pride events throughout the summer,” she said. “So it makes me worry a little bit.”