Things are heating up again in Regency England.

On Thursday, new first-look photos from the set of “Bridgerton” season 3 emerged, with cast members all decked out in costume for a ball scene.

Filmed at Osterley Park estate in west London, the pics feature carriages outside the mansion, with a group of as-yet unknown cast members walking around in old-fashioned gowns and suits.

The new season will feature returning star Nicola Coughlan in one of the lead roles, along with her love interest, played by Luke Newton. 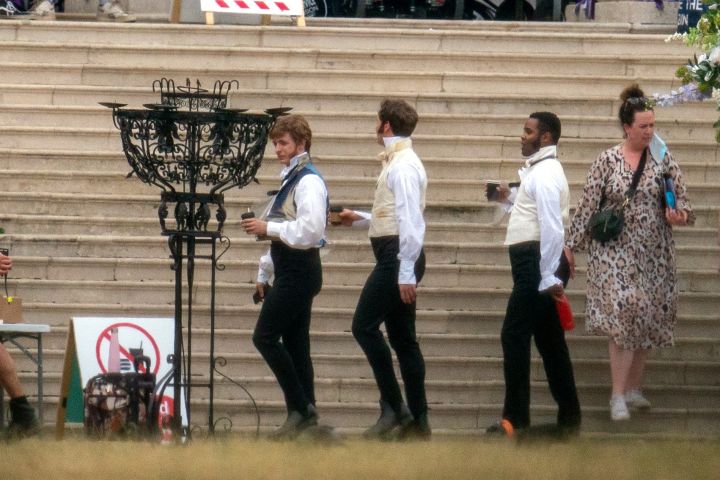 Skipping the third novel in the book series, season 3 will focus largely on Newton’s Colin Bridgerton. 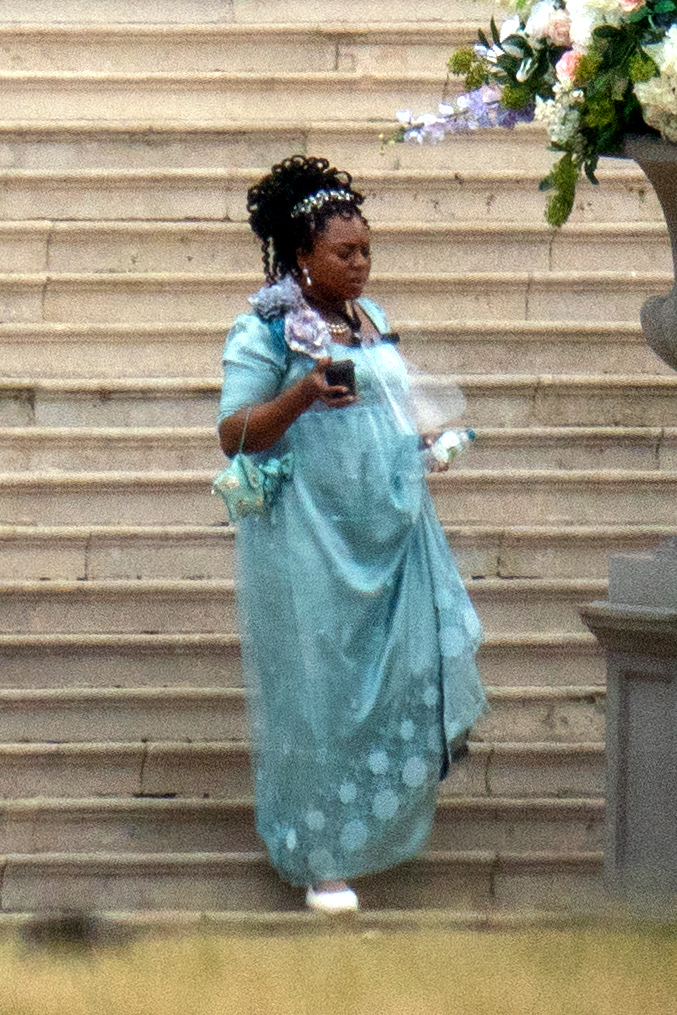 The series also has a new showrunner in Jess Brownell. Actors Phoebe Dynevor, Simone Ashley and Jonathan Bailey will all be returning.