An east London charity has launched a fundraising effort to purchase the old Thames Water site and transform it into a new inner-city water park.

In September 2019, a public meeting was organised by locals to discuss the future of the area, with a proposal outlining a vision for a new park aired the following January.

Following an initial fundraising effort last year, East London Waterworks Park, a charity formed to manage the project, is hopeful it can raise enough money to purchase the land and turn it into a new park.

The charity’s vision is to reimagine the site as a varied public space, to include community-owned natural swimming ponds cleaned by reeds and aquatic plants, a community hub and a café.


A visualisation of the plans for the 5.68 hectare site
– Credit: East London Waterworks Park

Abigail Woodman, chair and volunteer at East London Waterworks Park, believes it will have benefits for the environment and local area, and will either be free or very low-cost to access.

“It’s about joining people and nature together,” she said.

The charity aims to raise a total of £3million to purchase the site, £1million via crowdfunding, with the remaining £2million to come from corporate donations and grant funding.

Those figures are estimates based on how much the charity believes it needs to buy the space, having been told in an initial meeting with LocatED that their proposal has to be backed up with a monetary offer.

A spokesperson for the DfE, on behalf of LocatED, said the site is currently still let to Thames Water, but has been deemed “surplus to educational requirements”.

They added: “In line with government guidance on the disposal of surplus land, LocatED is working with the local planning authority to determine the most suitable alternative future use.”

Abigail’s hope is that as more people give to the cause, it will enable them to increasingly feel a part of the project.

“By encouraging people to invest emotionally and financially in that space, they will become much more invested in understanding that story.”

To donate to the fundraiser, visit www.crowdfunder.co.uk/p/elwp

East London football fan shaves chest and back for England 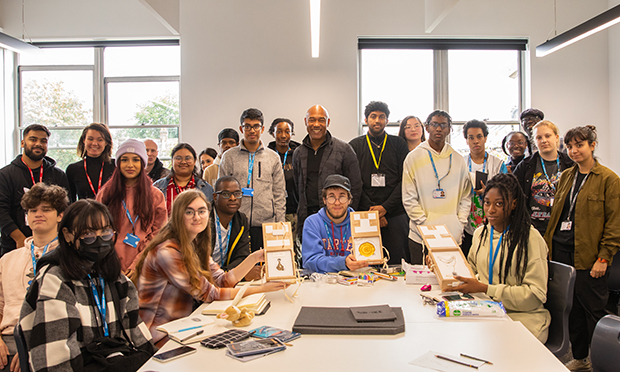