A popular strategy among the super rich has been to “try before you buy”, spending hundreds of thousands of pounds renting mega mansions in prime parts of London for up to a year in order to test out a location before committing long term.

Business analyst Tanishq Jain’s budget may have been smaller but he employed a similar tactic to make sure he would be happy in his new location when he bought his first home.

The 22-year-old is originally from leafy Finchley, in north London. Preferring to be in the thick of things though, he set his sights south of the river, homing in on Bermondsey for its combination of nightlife and culture.

Jain moved into a rental property in the area last year, sharing a two-bedroom flat and paying £950pcm.

“I love the art scene in Bermondsey and particularly enjoy visiting the White Cube gallery and Giddy Grocer,” he explains.

“Finchley was very suburban, with mainly just houses and a few restaurants. Bermondsey is busy. But for an urban setting, there are a surprising number of small, attractive parks such as Tanner Street Park, which are great for tennis or simply enjoying lazing around on a sunny day.”

The area is also an easy commute to his office in Canary Wharf, where he works around two days per week when not working from home.

Jain was renting in London Square Bermondsey (londonsquare.co.uk), a development of restored and converted industrial buildings plus new-build homes set in landscaped squares and gardens across around five acres.

He liked it so much that he decided to buy there, too. His one-bedroom flat cost £660,000 and he raised the deposit through a combination of his own savings plus contributions from his family. 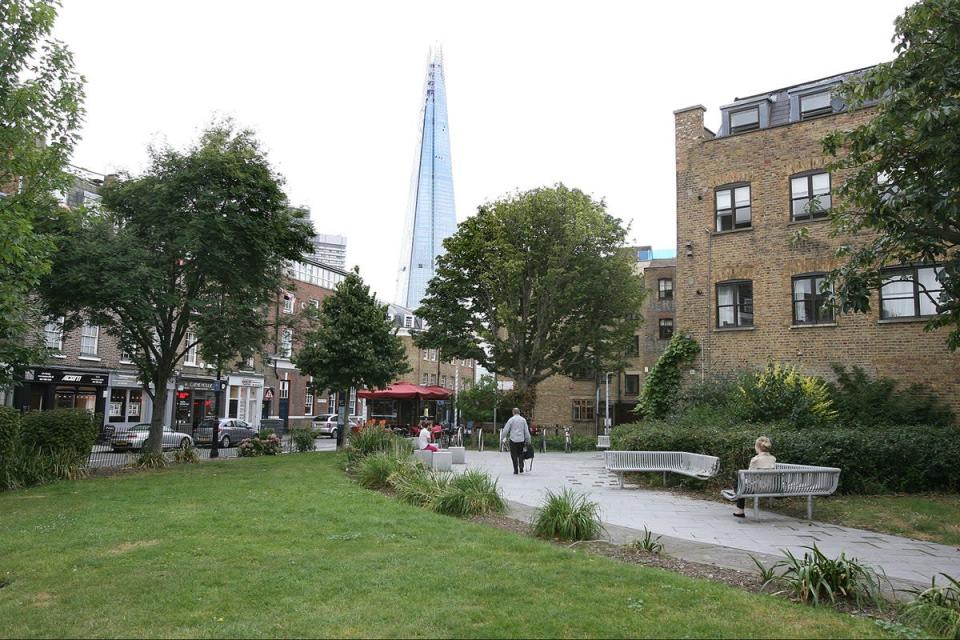 His mortgage payments cost around £1,660pcm. Jain says his move-in was delayed from an initial date of March but he eventually got possession of the flat last month and is getting his new furniture set up before settling in.

And later this year he will have all the creativity he wants on site when the charity Tannery Arts, which works with emerging artists to make contemporary art accessible to the public, moves into a purpose-built new studio and gallery on the site.