West Ham will not use Declan Rice in any deal for Chelsea striker Armando Broja this summer, according to reports.

Rice has been a long-term target for the Blues since becoming a regular starter at the east London outfit, having originally spent eight years in the academy at Cobham.

He has been a crucial factor in the Hammers’ success in recent seasons, playing a key part in their Europa League run in the previous campaign.

Broja is set to return to Chelsea this summer after his season-long loan at Southampton and although he is yet to feature in pre-season, a number of clubs are showing interest in the 20-year-old, who impressed at Saint Mary’s Stadium.

The Hammers are one of the interested clubs but even though Chelsea would be keen on signing one of their player’s in return, it is thought that such a deal will not take place.

According to Ben Jacobs, West Ham will not be open to using Rice in a swap move to help with his ‘huge fee’, and would want to sign Broja in a separate deal.

It is also thought that the midfielder will not be allowed to leave the London Stadium this summer, with his current side pricing out clubs who have enquired about his availability.

While Rice may not be achievable for Chelsea, Broja is said to be a ‘top target’ for West Ham, with Newcastle United, Leicester City, Ajax and Napoli also showing interest in the striker.

Thomas Tuchel wants to make his own assessment of the Albanian during pre-season, with a place in the first team next season surely up for grabs if he impresses the German boss.

His inclusion at Chelsea in the new campaign is possible, especially considering Romelu Lukaku has left the club to join Inter Milan on loan. 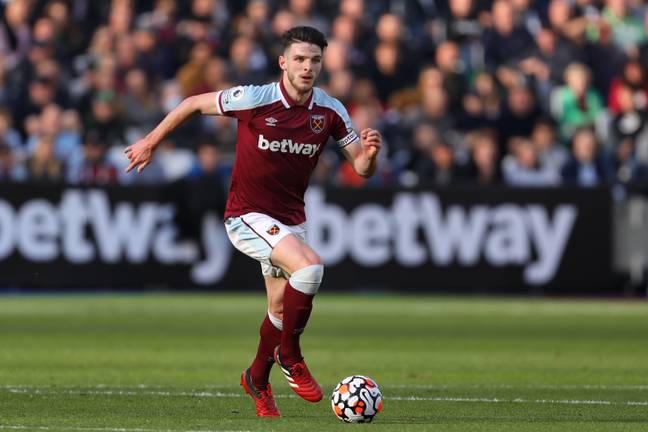 The Blues are set to be active in the transfer market in the coming weeks, with the west London outfit setting their sights on their first Premier League title since 2017.

Raheem Sterling of Manchester City is thought to be close to joining the club this summer, with Tuchel’s set to conclude a deal for £45 million plus add-ons.

The 27-year-old will therefore feature for the third Premier League club in his career, having originally featured for Liverpool before making the move to City in 2015.

Matthijs de Ligt and Raphinha have also been named as targets, with Chelsea yet to sign any new players ahead of the new campaign.