SNP leader Nicola Sturgeon is set to unveil a renewed push for a second referendum on Scottish Independence amid a refusal by Westminister to grant a vote. Sky News presenter Kay Burley has grilled SNP MSP Fiona Hyslop on the detail of the Scottish First Minister’s plans and the legality of the SNP’s roadmap to Indyref2.

Ms Burley asked the SNP MSP: “How could it be lawfully held if you need to get permission from the British Parliament under Section 30?

“Well, why don’t you tune in and hear the First Minister’s statement?” replied Ms Hyslop.

She continued: “I’m not a member of the government and I’m looking forward to hearing the steps that she will set out and that’s precisely what she’s going to do in what will be a highly significant statement on the future of Scotland and the choice for the people of Scotland with independence.”

Ms Burley questioned: “So she would break the law?”

“No, she’s really quite clear that she would act lawfully,” replied Ms Burley.

“I think if you look at the UK Government, you have a Prime Minister that has broken the law, you have a Government that’s prepared to break international law with what it’s doing with the Northern Ireland protocol.

“One of the reasons we want to be independent is because we want to live in a country that respects the rule of law, respects democracy, and that’s what we’re going to do.

“So I think if you want to question the legality of any government, you should be looking to the UK Government under the leadership of Boris Johnson.”

The 2014 independence referendum, which saw voters north of the border opt to stay in the UK by 55 percent to 45 percent, took place after then prime minister David Cameron agreed to a section 30 order.

But since then Conservative prime ministers have flatly rejected any suggestion that there should be another vote.

Ms Sturgeon however is insistent that the SNP’s victory in the 2021 Holyrood elections gives her a mandate for another referendum, and has said she wants this to take place before the end of 2023.

While her party failed to win overall control in the Scottish Parliament last year, the election of a record number of Scottish Green MSPs mean that there is a majority in Holyrood for a fresh vote on the issue.

Ms Sturgeon has argued that continued attempts to “block that democratic will only weaken the UK Government’s standing, here and internationally”.

She ahead of a statement in Holyrood on Tuesday said: “Bluntly, the UK Government is in no position to lecture any other country about the need to respect democratic norms if it is intent on trying to thwart democracy at home.

“And, because we live in a democracy where election results still matter, continued efforts to thwart the will of the people must, and will, fail.

Wicked UK tour in Southampton in 2024 – how to get tickets 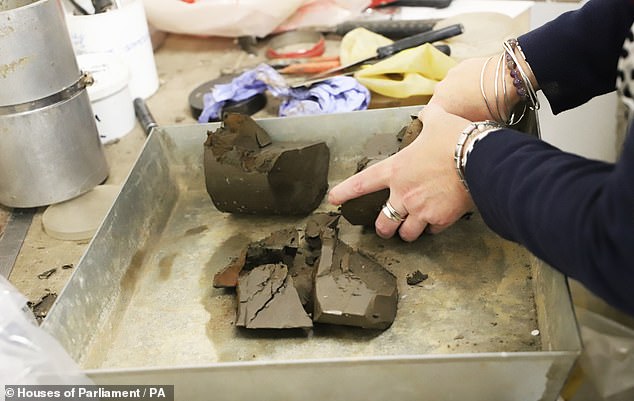