A London man who has cycled the same 9 km route to his job at the Salvation Army for 20 years, says he was punched in the face by an angry driver Thursday.

Peter Riley, 55, was cycling north on Adelaide St., near Kipps Lane, when he noticed a vehicle blocking the bike lane.

“I do my normal thing and yell something like, ‘Hey! You’re blocking the bike lane!” said Riley who makes a habit of reminding drivers to keep out of the cycling lane.

“At the next stoplight, he turns the corner, stops, gets out of his car, runs toward me and punches me,” said Riley who managed to snap a photo of the man as he approached him.

“It was significant. It knocked me off my bike. The edge of my glasses cut my cheek.”

Riley also got a picture of the man’s vehicle and plate number.

No regrets telling driver to stay out of bike lane

Police said Friday they are investigating and have released a photo of the driver.

In a statement, they said they’re looking for a suspect who is between the ages of 35 and 45, medium to heavy set, wearing a black baseball hat and navy shirt.

London police have released this photo of an individual who may have been involved in an incident with a London cyclist on June 23, 2022. (Provided by the London Police Service)

Though Riley has never been punched by a driver before, this is certainly not the first time he’s exchanged words with someone behind a wheel.

“There’s so little facilities that are dedicated to cyclists that I feel the need to own our space,” he said. “When drivers try to take over cyclists’ space, I am not hesitant to yell.”

“I’m not going to change that behaviour.”

Riley acknowledged the city of London has made some headway in installing more bike lanes. “London is moving in the right direction,” he said. “I think they’re all fantastic and we just need a lot more of them.”

But with more bike lanes, comes the need for greater enforcement. The City of London heavily patroled the King Street and other downtown lanes when they first opened, but vehicles continue to park in them.

The head of bylaw with the city, Orest Katolyk, said Friday that “numerous penalties” are issued on and around bike lanes. He could not say how many have been issued because they’re coded alongside other parking by-law violations.

Riley will be back on his bike as soon as possible, he said. “It’s too important a part of my routine to give up.” 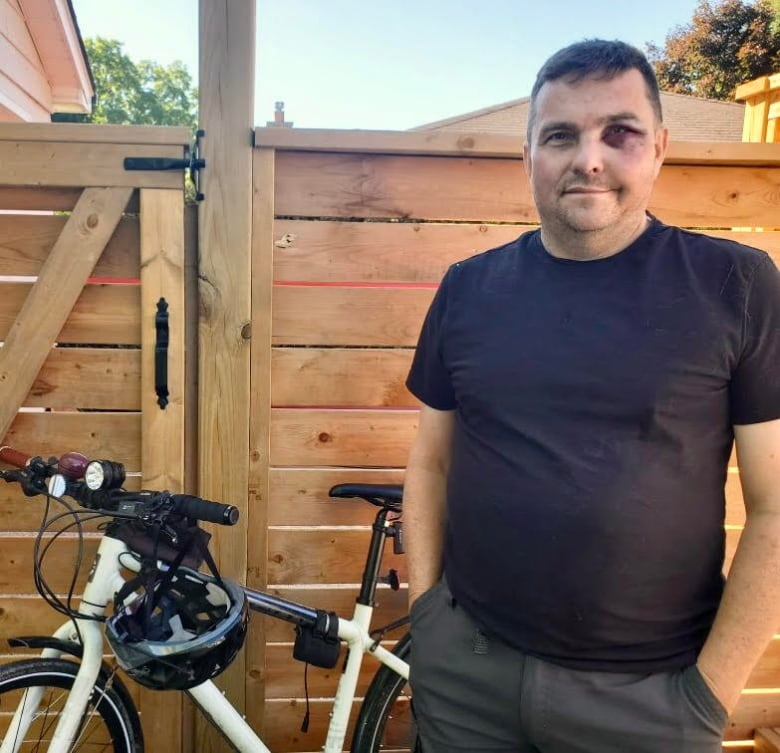 Peter Riley has been biking the same route to his job at the Salvation Army for about 20 years. (Submitted by Peter Riley) 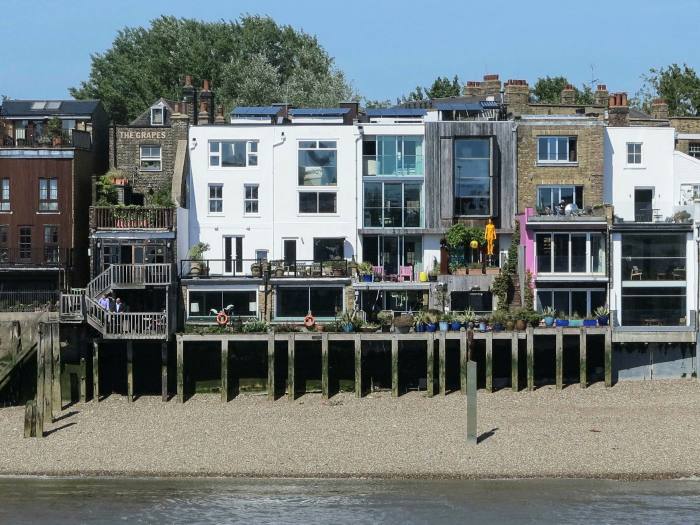