roperty along London’s newly completed Crossrail service will leap in value over the next five years, according to new research from Savills.

But the agent’s analysis of stations along the new Elizabeth Line has found “The Crossrail Effect” is yet to really take off in the areas around all of its 41 stations.

Since construction work started only a third of Crossrail areas have seen growth that outpaces the local area, though prices are expected to head skywards now the line is finally open.

All this means there are still bargains to be had. The cheapest areas are all on the east and south-east London sections of the Elizabeth line, with the best deals to be found in the suburb of Chadwell Heath, where houses cost just £364,310 on average.

The eastern section has a total of five areas where the average house price is below the £500,000 mark while flats can be picked up for under £250,000.

In west London, where house prices are generally higher, there are two areas where the average home comes under the £500,000 mark. Read on to find the cheapest west London Elizabeth line hotspots.

The cheapest area on Crossrail’s western section is Hayes and Harlington. Once famous for hit records, baked beans, and jars of instant coffee, billions are being spent on the rebirth of this area in the borough of Hillingon.

Its factories, warehouses, and car parks are being repurposed as new homes in developments like The Old Vinyl Factory, where 642 new homes are being on the 17-acre former home of EMI records which is less than a ten minute walk to the station.

This £250m-plus scheme was given planning permission back in 2011, and since then around 500 homes have been built (or are under construction) along with new office space and a climbing centre has been built.

Meanwhile, the Art Deco former Nestle factory in Hayes is being rebuilt as a 1,386 home development by Barratt London. The development, Hayes Village, will also include open space, workspace, walking and running tracks, and 300m of Grand Union Canal towpath.

Despite all this activity, Hayes isn’t being turned into a dormitory for people who work in central London. Many well-known companies, notably Heinz, United Biscuits, and West London Film Studios, which is favoured by the likes of Marvel and Netflix, remain in the area to provide local job opportunities.

The Green Quarter development in Southall

The second cheapest west London Crossrail stop is Southall. Now Crossrail is open, journey times from here to Paddington will take just 19 minutes while travelling to Liverpool Street will take only 29 minutes.

The Ealing suburb is in the throes of huge regeneration. Leading the charge is Berkeley Homes which started work building 3,750 homes on the 88-acre former Southall Gasworks in 2016. The Green Quarter’s first residents moved in in 2019, but this massive project will take around 25 years to complete.

Beyond The Green Quarter, Southall is surprisingly leafy for a neighbourhood in the shadow of Heathrow Airport, with Southall Park, home of the fabulous annual London Mela, the peaceful towpath of the Grand Union Canal, and the 90-acre Minet Country Park.

And this plentiful open space is one reason for the area’s outperforming price growth — 14 per cent since 2020 — during the pandemic.

Renters are very much included in plans for Southall’s future. Planning permission has been granted for 460 “build to rent” flats at Southall Sidings in a scheme being jointly led by Transport for London and Grainger plc, which specialises in building homes aimed at renters. Work is due to be completed by 2026 and future residents will get a communal lounge, workspace, and gym on site.

Hanwell is in line to be one of Crossrail’s biggest beneficiaries, with the biggest reduction in journey times to central London of any station along the line. And there is plenty to like about Hanwell beyond its good commuting times.

It has its own annual May music festival, the Hanwell Hootie, which is the largest free music event in the capital, lovely walks along the Grand Union Canal, and a clutch of cute independent cafes in Old Hanwell. The whole area is teeming with greenery, from Churchfields Recreation Ground to the Brent Valley Park.

Before Crossrail, Hanwell’s property scene primarily consisted of Victorian and Edwardian houses and period conversions. New developments since then include Hanwell Square, almost 300 flats plus shops and cafes set around a public square, which will be finished in early 2023. Prices start at £400,000 for a one bedroom flat, and £552,500 for a two bedroom flat.

And Hanwell’s ageing Copley Close estate has been the focus of a long term, ongoing £100m redevelopment which will create more than 800 new homes by around 2025.

With Copley Close’s rebirth well underway Ealing also has plans to regenerate another tired estate, the post war prefab High Lane Estate, with more than 450 homes due to be completed by around 2027.

Locals fought off plans to use the Warren Farm nature reserve as a training ground for Queen’s Park Ranger’s football club. But its sports pitches are dilapidated, and Ealing Council has begun consulting on how they should be upgraded, whilst simultaneously preserving its wild open spaces beside the River Brent.

The railways transformed Acton from a semi-rural village into a thriving Victorian suburb. And Crossrail has helped reinvent this west London area once again, this time into an urban village.

Across Acton, Crossrail has brought investment in new housing, notably the £800 million rebirth of the South Acton Estate into the 3,300-home Acton Gardens, and One Housing Group’s redevelopment of the Old Town Hall into flats in 2018.

Acton has now started to attract buyers priced out of trendier west London neighbourhoods. When the line is fully operational, the journey times (just over a quarter of an hour to the City, less than 10 minutes to the West End) are certainly impressive.

Acton to Heathrow: from 21 minutes

*Timings include extra time for interchanges at Liverpool Street (10 minutes) and Paddington (8 minutes). Necessary until May 2023

House-price growth across the western section of the line has been lower than the east over the past decade — possibly as prices here started out higher.

But Acton has seen a healthy nine per cent rise since the start of the pandemic. Sal Hussain, sales manager of Marsh & Parsons, says he’s seen a ripple of new buyers coming in from west London neighbourhoods.

Not that Acton is a cheap option. Its alpha location is Poets Corner, where buyers would expect to pay £1.2 million to £1.25 million for a three-bedroom Victorian semi.

Prices are a little lower elsewhere in the area, but you would still struggle to get much change out of £1 million for a three-bedroom house. Two-bedroom flats, says Hussain, trade at about £550,000 to £650,000.

As for what’s on the horizon, more than 1,700 new homes have been built at Acton Gardens, with another 378 under construction. Currently on offer are shared ownership homes priced from £133,125 for a 25 per cent share of a two-bedroom flat.

Moving out into Zone 4 might feel like a step too suburban, but once Crossrail is fully up and running, getting from West Ealing to the West End will take less than a quarter of an hour.

West Ealing Broadway certainly hasn’t seen the same seismic changes that Ealing Broadway has enjoyed over the past decade, but an interesting cluster of shops is emerging on The Avenue – notably the smart Winche off licence, Blake’s Florist, and Café Leemoo.

More recently there has been significant investment in new apartments too. The old Green Man Lane estate has been redeveloped – and inexplicably renamed Jigsaw – with almost 770 new homes.

And there has been a host of much smaller projects on infill sites. Brand new two bedroom flats are selling from around £600,000, while renters would need to find circa £1,700pcm for a two bedroom home.

“There is a new breed of buyer coming into the area,” said Debra Harridge, director of Tuffin & Wren estate agents. “They are bankers, people who work in the City, people who work in IT, and lots of senior doctors from central London hospitals. They are moving out of places like Islington, Camden, and Hackney, and if they sell a flat there they can almost buy a house.”

Average prices in West Ealing have increased by 4.9 per cent in the last two years but Harridge believes there is room for more growth.

A regeneration of the 1970s Sherwood Close estate has seen its gloomy redbrick blocks demolished and replaced with tree lined streets dotted with communal and private gardens and play areas. The last of its 305 homes are due to be completed this year.

Meanwhile, right by the station, there are plans for one of the tallest buildings in West Ealing – a 20-storey tower with 144 affordable flats – the prospect of which has caused great consternation amongst people living close by.

Nonetheless, planning permission was granted for 55 West in 2021. 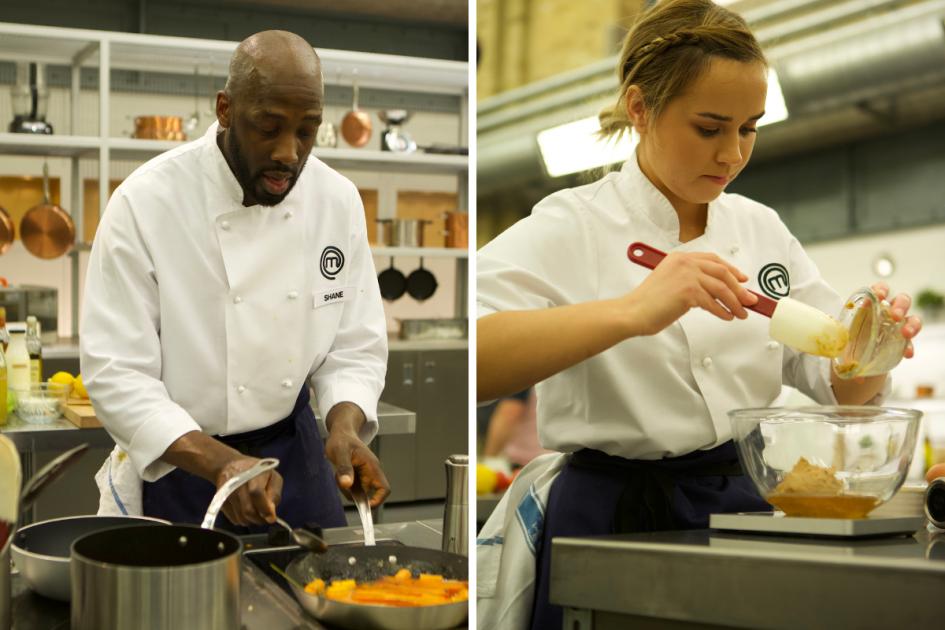 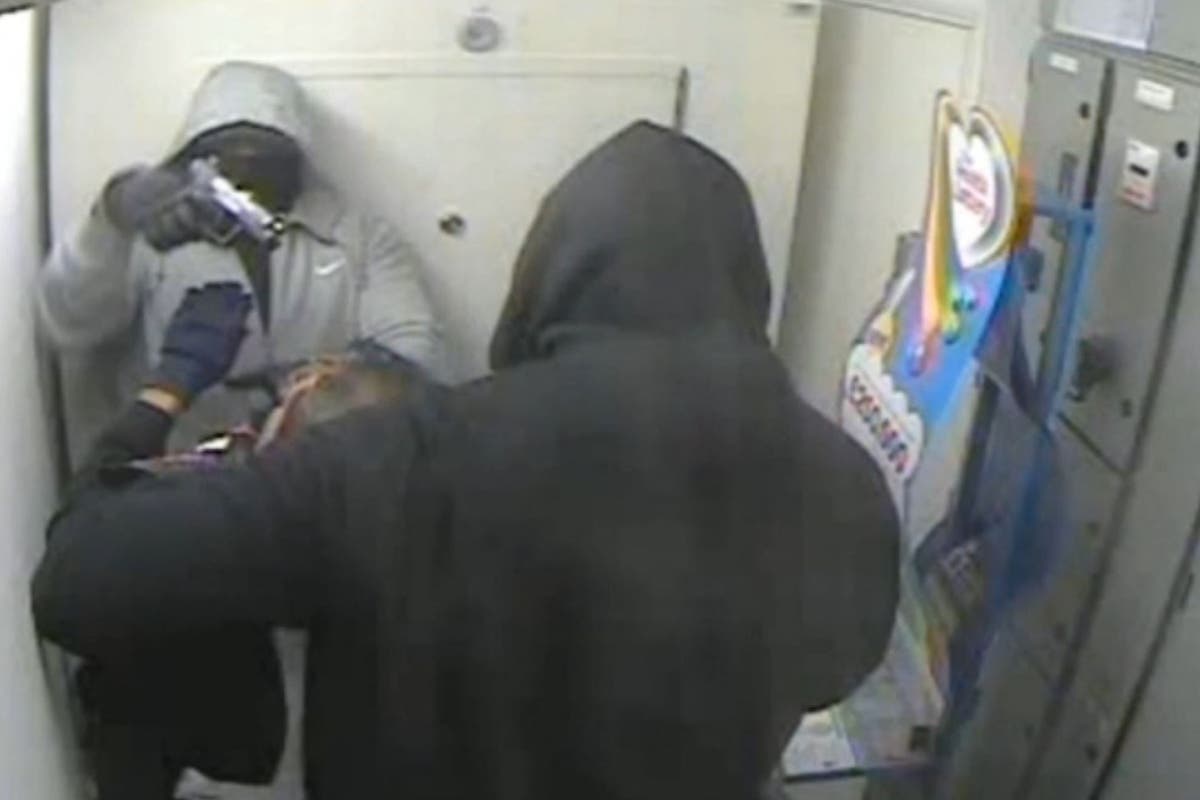 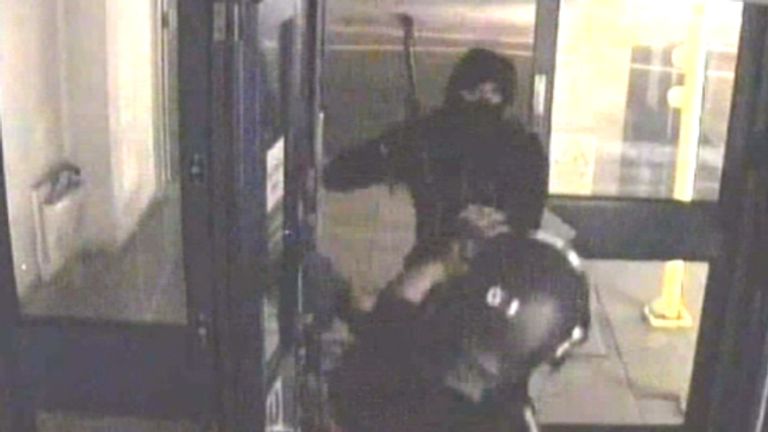