Pimm’s and strawberries at the ready – the Wimbledon Championships are back! Running from Monday, June 27-Sunday, July 10, here are the best pubs and pop-ups to watch the world’s most famous tennis tournament…

Can’t get into the courts? Then Murrary Mound (formerly Henman Hill) with its big screen is the next best thing. For Grounds Pass ticket holders only (not for Show Court ticket holders), if you can bag yourself a good spot, Murray Mound is as close to the action as you can get without actually being courtside.

Watch Wimbledon on a floating pontoon at St Katharine Dock’s west basin in east London. Just look out for the big floating white tent, you won’t miss it. Wimbledon screenings on the pontoon run from midday to 6pm every day of competition apart from June 30 when the pontoon is closed for a private function. You can take your own refreshments onto the pontoon, although alcohol, alas, isn’t permitted. Screenings open daily from midday-6pm.

Bluebird Chelsea is screening Wimbledon in its beautiful alfresco terrace, which has been transformed into a quintessential British garden. Pair your viewing experience with as Wimbledon dessert – strawberry cake with pistachio – or a Wimbledon cocktail or two made with gin and chartreuse.

The buzz of the Championship is unavoidable in Wimbledon, so if you can’t make it into Centre Court, wander to The Piazza just off The Broadway near Wimbledon Station to soak up the atmosphere at the free Love Wimbledon’s Big Screen.

With five bars showing the matches, a summer Sipsmith garden, and the biggest screen in Wimbledon, The Dog & Fox is a great spot to catch the tennis. Come rain or shine, screens will be showing every serve live, while outside will be home to the sun-soaked terrace, serving Sipsmith and Minuty Rose magnums, while the Burger Shack will keep hunger at bay.

6 The Garden at Kentish Town

The Garden at Kentish Town is a new venue for north London offering comedy, sports, karaoke, games and brunch. The venue has two gigantic sports screens, 12 metre-long bars and eight street food options. All the major sporting events will be screened, including the Euros, Wimbledon and International Rugby. A sister site to  Vauxhall Food & Beer Garden, the alfresco venue has rows of large German beer tables, lots of plants, festoon lighting and some covered areas.

Hackney Bridge is a new canalside cultural destination from the team behind Pop Brixton and Peckham Levels. It’s home to In The Courtyard, an alfresco drinking and dining hotspot for east London a bar and street food traders including The Jewish Deli, STEAKhaus and Da Fish Ting. The Courtyard will host events throughout the summer, including screenings of the Euros and select Wimbledon matches on a giant 2m by 3.5m outdoor screen.

Ram Quarter in Wandsworth will be hosting a supersized screening of the Wimbledon Finals this summer – with food, drink and family activities. On the finals weekend, you can pitch up at Ram Quarter’s Bubbling Well Square – the site of the former Young’s Brewery – to enjoy the  matches on a large outdoor screen, with plenty of bean bags and chairs to sit on.

Summer Sessions at Greenwich Peninsula is a free alfresco series of events with live music, film, sport and more, all set against colourful backdrop of ‘playscapes’. Catch the finals on the open-air big screen right by the river Thames. A bar and street food trucks will keep you fed and watered throughout your visit.

10 Screen on the Canal at King’s Cross

King’s Cross free film festival Screen on the Canal returns this summer, and along with blockbusters and indie flicks, will screen Wimbledon and Tour de France on the Granary Square steps overlooking Regent’s Canal. The full programme and timings are yet to be announced, but last year Wimbledon was screen daily. Screenings are unticketed and free, so just rock up early to grab a deck chair.

Eccleston Yards will host free Wimbledon screenings again, with a big screen perfectly positioned for a good view for alfresco diners on the terraces at Jones Family Kitchen and Morena. This year, Amie Wine Studio set up an outdoor lounge for the duration of Wimbledon 2022, so you can watch the tennis whilst enjoying a glass of wine.

Pull up a deck chair and watch the tennis for free in the beautiful surroundings of Brown Hart Gardens in Mayfair. Screened daily from 8am-11pm, settle down to watch a match on the garden’s terrace which is perched atop of an old substation and enjoy Amalfi Coast-inspired food and drink fare.

Wimbledon will take over Covent Garden’s East Piazza, creating Pimm’s fuelled destination for Wimbledon screenings and entertainment. While details are yet to be announced, last year saw live entertainment and a revolving selection of street food, as well as family fun, so expect something along those festive lines.

The Refinery Bankside’s alfresco terrace boasts one of the largest outdoor screens in the capital, making it an ideal spot to watch Wimbledon or the Euros. Located just a short walk from Southwark and Waterloo stations, the venue is kitted out with plenty of deck chairs and a fully stocked bar, although Pimm’s, naturally is the drink of the day. Reservations are recommended.

Soak up the great British summer and go ‘Alex fresco’ at The Alexandra, a firm favourite for tennis fans. Located within walking distance to the tennis club, the pub will be getting into the swing of things with broadcasts of all the matches throughout and on the alfresco terrace, with Sipsmith taking over St Mark’s Place with a street party. For food, look no further than chin-dribbling burgers from the Burger Shack. www.alexandrawimbledon.com

Catch the men’s and women’s finals on July 8-10for free at Duke of York Square in Chelsea, when Strawberries & Screen returns. Picnic hampers from Partridge’s will be available and there will be a pop-up strawberries and cream stall, along with  pop-up bar, as well. While this is a free event, guest can pre-book VIP seating for a front-row experience. And don’t worry if the deck chairs fill up – just bring a blanket and relax on the green.

17 Summer in the Square at Baker Street Quarter, Marylebone

As part of Baker Street Quarter’s summer family programming, Wimbledon will be shown on the big screen for free in the delightful Portman Square Garden. Catch the action with a cold drink in hand, or while munching on something delicious from the selection of food stalls on hand.

The Best Pop-Ups, Terraces & Take Overs in London to Try For Summer

Fun Things to Do in London This June 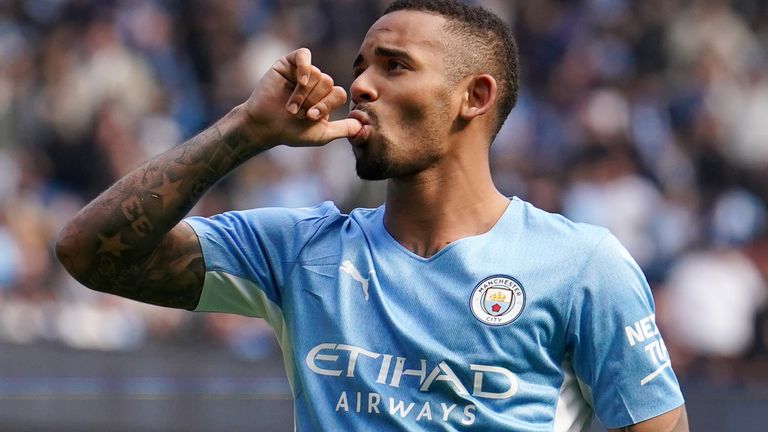 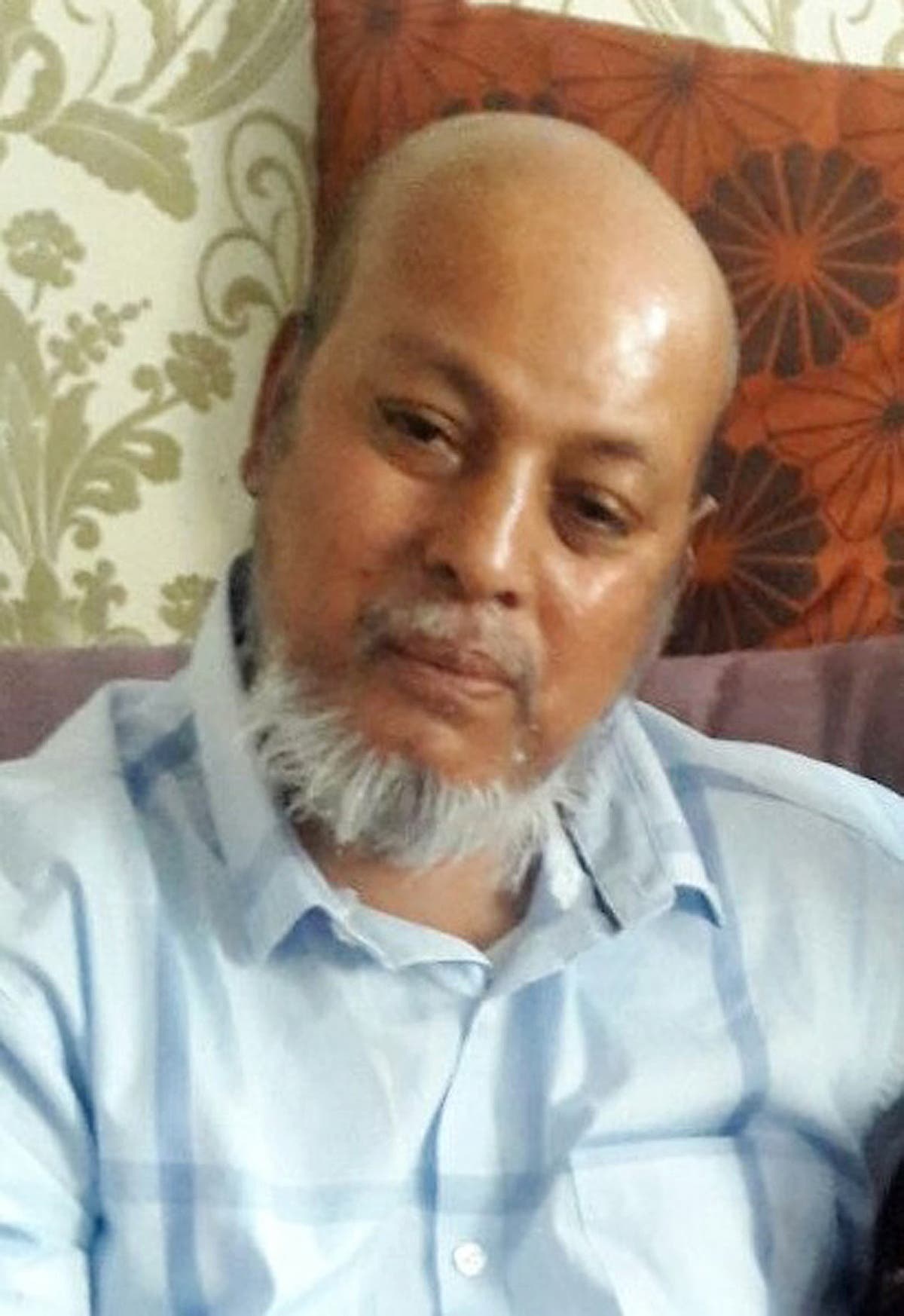 Terror victim’s daughter remembers ‘one of most gentle human beings’