The East London home appears to be the perfect family from the outside, with beautiful large windows and in a prime location.

The three-bedroom home looks like a perfect family home from the outsideCredit: Jam Press 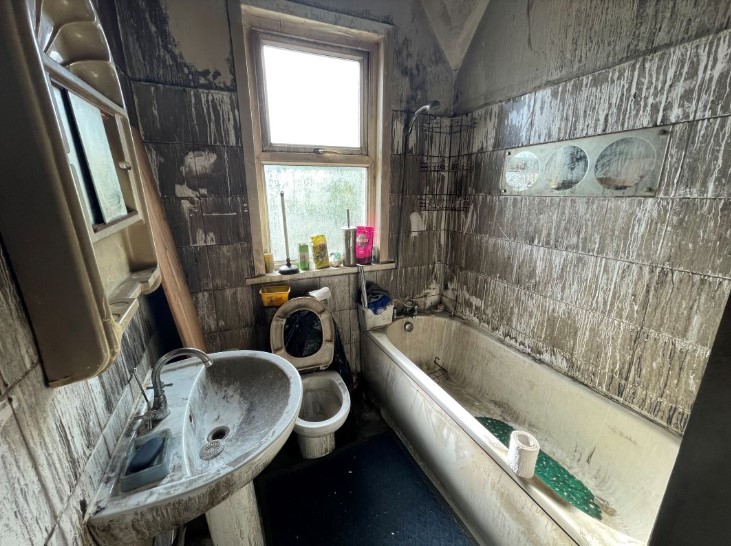 Once you step inside the home, you realise how much work needs to be doneCredit: Jam Press 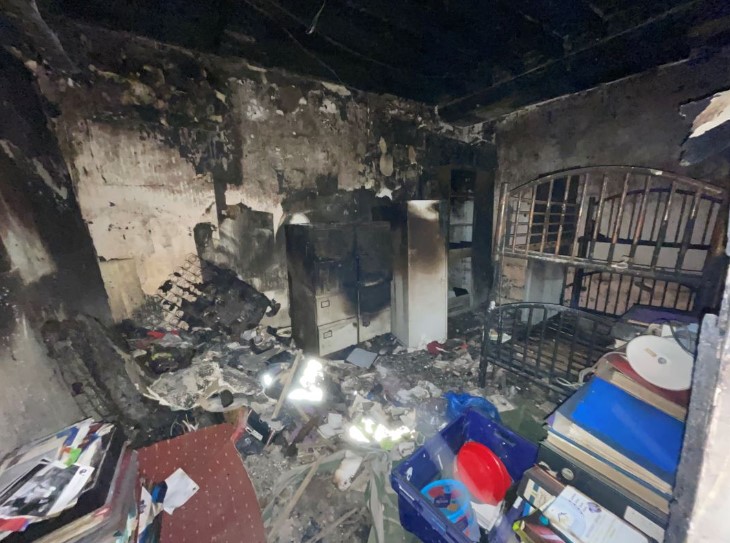 The home was gutted by a blazeCredit: Jam Press

But once you step inside, it’s a different story.

The home needs a LOT of work after a blaze ripped through the property – gutting many of the rooms and leaving them covered in black soot.

Half of the ground floor and the first floor of the two-storey house were damaged by the blaze earlier this year, which saw a man hospitalised as a result.

It took 40 fire fighters 90 minutes to control the fire, which began on 16 March at 3pm.

Unfortunately, the tragic incident left the property in a dire condition.

However, despite the extensive work needed on it, the home sold for £404,000 at auction, showing the high demand for properties in the capital.

The new homeowner, not named, will have a DIY job or two on his or her hands with making the place liveable once again.

It’s hard to imagine the living room once being a place of enjoyment, as it now resembles a derelict building with the walls and furniture coated in soot.

The entire bathroom is also covered with grey smoke from the accident, stuck firmly to the tiles, toilet and bath itself.

One bedroom is completely gutted, with just a bunk bed frame and a few cabinets remaining inside, resembling a prison more so than a child’s room.

The other bedroom looks a tad more liveable but with debris and old belongings spread across the bed, will need some TLC.

Hoards of plastic bags coat the kitchen floor, adding to the list of things to do when giving the place a well-needed spring clean.

Walking outside, you’re treated to another eye-sore in the way of a mountain of rubbish, old bedding and unwanted belongings in the garden.

But once up and running, the new homeowners can treat themselves to a night in the capital, with Barking underground station just around the corner.

While this London home has now been sold, the auction house has plenty others up for grabs at a bargain guide price, such as a three-bedroom home in London for just £275,000.

But be warned – it’s tough competition in the capital, as the fire-damaged house has shown. 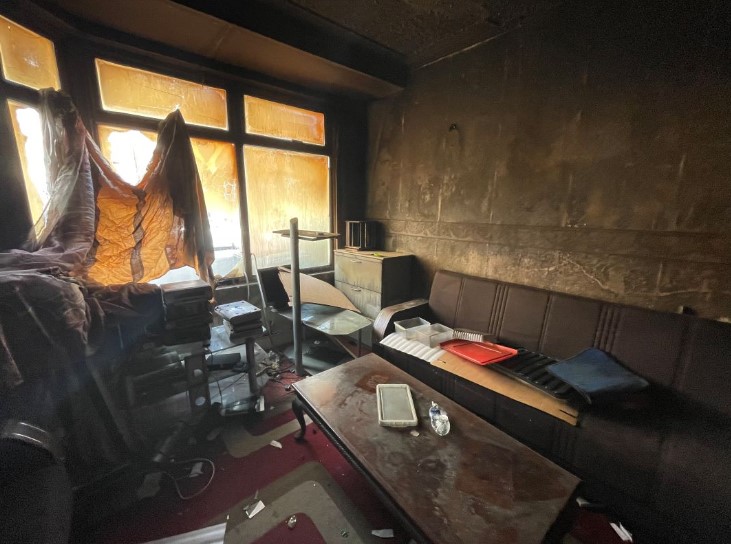 Half of the ground floor and the first floor of the two-storey house were damaged by the blazeCredit: Jam Press 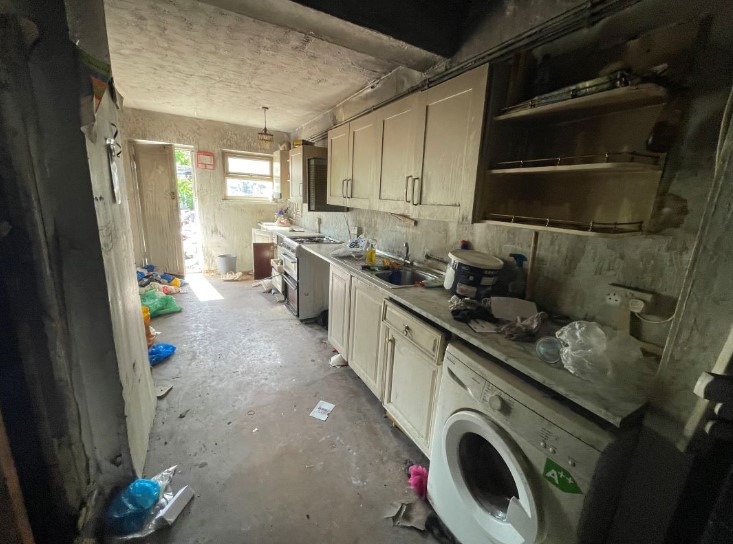 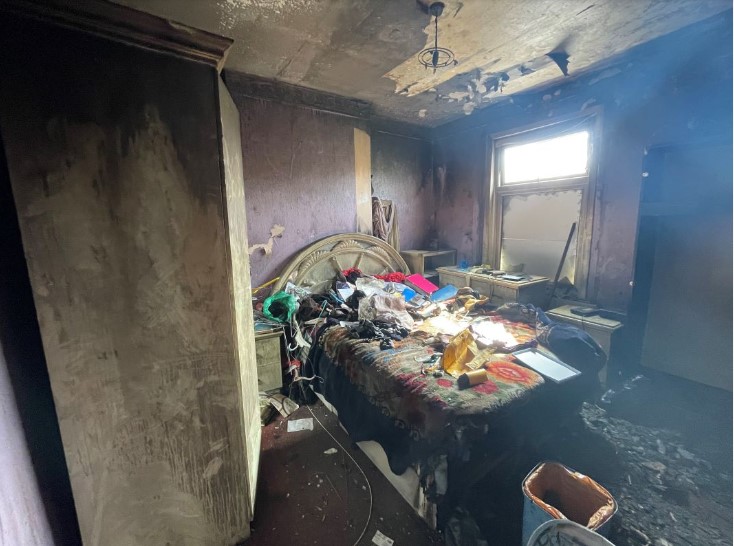 The three-bedroom mid-terraced house in East Ham, London, went up at a guide price of £250,000Credit: Jam Press 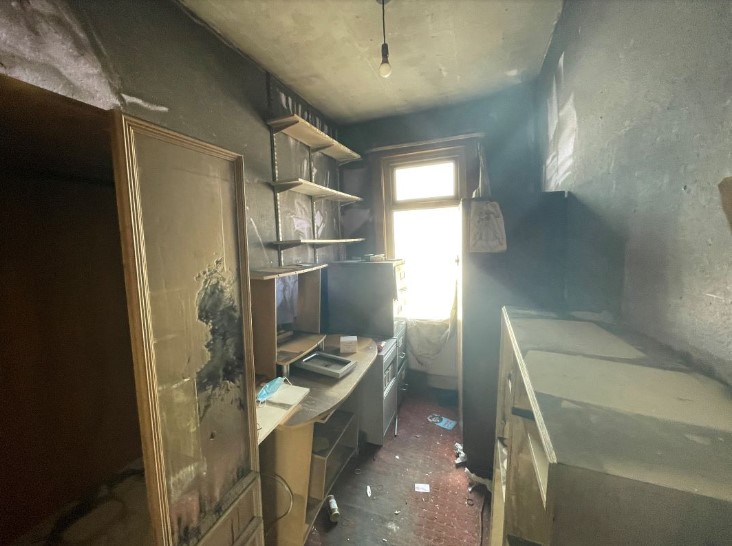