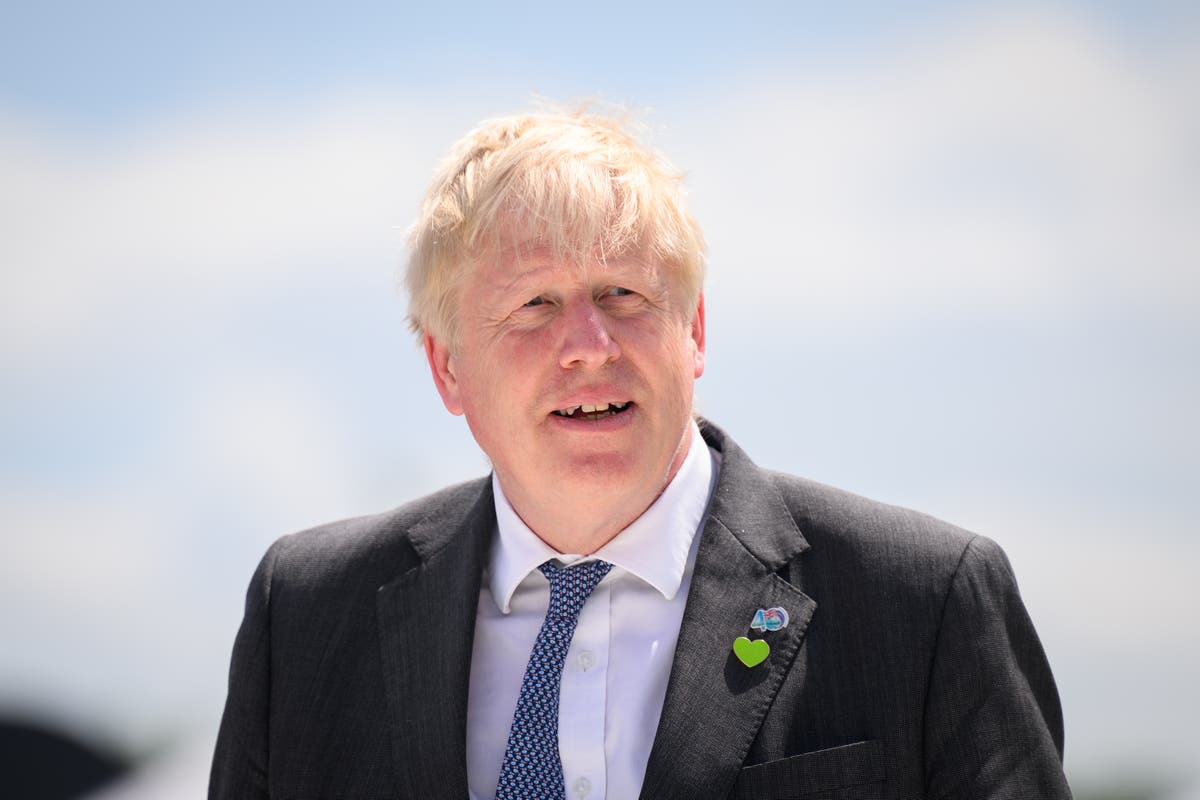 Boris Johnson has been accused of ‘game playing like he’s on Love Island’ as the UK struggles.

Mr Johnson was being grilled in the Commons for the first time since his government published draft plans to override parts of the Brexit deal agreed with the EU.

It comes after the EU Commission confirmed it is taking legal action against London over proposals to take unilateral action on the Northern Ireland protocol.

Macros Sefcovic, the Commission vice president, confirmed the legal action in a Brussels press conference earlier. He said that the UK government had set out to “unilaterally break international law”.

Mr Sefcovic added: “Let there be no doubt: there is no legal nor political justification whatsoever for unilaterally changing an international agreement.

“Opening the door to unilaterally changing an international agreement is a breach of international law as well. So let’s call a spade a spade: this is illegal.”

The government insists the move is legal.

Boris Johnson accusing the Opposition of being on the side of people traffickers “falls well short of the good temper and moderation which should characterise our debates”, Deputy Speaker Dame Rosie Winterton has said.

Dame Rosie replied: “I thank the honourable lady for her point of order. Frankly, the level of noise during PMQs meant it was not possible for the chair to hear everything, but I understand that the Prime Minister, as she says, did say that the Opposition was on the side of people traffickers.

“That seems to me, and I have to say to the Speaker, to fall well short of the good temper and moderation which should characterise our debates. And I say to the Prime Minister, and to all members here, we need to refer to each other in this place in more respectful terms.”

Boris Johnson‘s “gameplaying” was compared to Love Island, with Sir Keir Starmer warning the Prime Minister could be booted out for giving the public the “ick”.

The Labour leader said: “He says the economy is booming when it’s shrinking. He’s gameplaying so much he thinks he’s on Love Island.

“The trouble is, Prime Minister, that I’m reliably informed that contestants that give the public the ‘ick’, get booted out.”

Mr Johnson replied: “We’re helping people with the cost of living, with £1,200. On July 14 the money will be going into people’s bank accounts. Why can we do that? Because we have the fiscal firepower to do it, because the economy is in a robust shape, with record numbers of people in payroll employment.”

He added: “He has the chance now to clear it up: he can oppose Labour’s rail strikes right now, he can disagree, I give him that opportunity, let him disagree with the union barons who would add to people’s costs in the coming weeks.”

Sir Keir countered: “I don’t want the strikes to go ahead. He does so he can feed on the division.”

As we reported earlier, Keir Starmer accused the PM of trying to play “jedi mind tricks” with the country with his claims on the economy.

Watch the exchange below:

Our politics correspondent Ashley Cowburn has the story:

‘On the side of the British people’

Johnson responds by saying his government will contine to take the tough decisions needed to “take this country forward”.

Referrig to the Rwanda deportation plan, he claims Labour is on the side of people traffickers.

‘Millions of people and businesses know the reality’

Starmer uses last question to accuses the PM of, “week after week,” spouting the same “nonsense” about the economy.

But millions of people and businesses “know the reality”, he adds.

He rounds up by asking the PM when is going to accept the reality that the economy is “going backwards”.

Responding, PM points to cost of living measures set out by chancellor, saying the government is helping Britons with rising prices.

He repeats “record” employment figures and calls on Labour leader to make clear his position on RMT rail stikes.

Starmer says he does not support them

“It’s not just low growth” Starmer says as he presses again on the economy.

He points to rising inflation and accused the PM of ignoring warnings last September that prices would go uo.

Starmer accuses him of failing to act and “siting on his hands”.

‘Under Labour taxes go up’

He says the chancellor has made big interventions to help with rising food, fuel and energy bills.

He claims that “under Labour, taxes go up”.

Starmer says that PM’s series of tax rises are choking off growth.

He suggests that “Operation Save Big Dog” is hampering efforts to help with the cost of living crisis.

He claims the government is “screwing business”.

Cost of living latest: Fuel prices continue record-breaking rise; How much does a house cost around the UK – and how big a deposit...