A blood red River Thames hurtles across a long sheet of black paper on the wall, splicing through a fractured landscape of city blocks that twist and sway as if commanded by some irresistible force. Tangled webs of arteries fan outwards from the centre of London, breaking through the M25 and surging eastwards, meeting in a crescendo of coloured shards that look ready to accelerate off the page.

The irresistible force flexing London’s urban fabric was Zaha Hadid. The late Iraqi-born architect painted this warp-speed vision in 1991, at the request of Vogue magazine, projecting 75 years into the future to imagine what the capital might look like in 2066. Combining plans, sections and distorted aerial perspective views – long before computers aided the creation of such complex visions – it was typical of her intricate, multilayered style of image-making, using the process of painting as a way of generating new ideas. “I think that through a set of drawings,” Hadid said, “one discovers certain things which would not have otherwise been possible.”

Getting free rein over her archive of 12,000 works was totally overwhelming

Even once drawn, most of her futuristic dreams for London remained impossible. But now, six years after her death, they have been brought together in an exhibition: the inaugural show to be held at the Zaha Hadid Foundation, including some works seen for the first time. Curated by a group of MA students from the Courtauld Institute of Art as part of the London Festival of Architecture, Zaha Hadid: Reimagining London fittingly occupies the ground floor of her former studio in a Victorian school building in Clerkenwell, which now serves as the foundation’s headquarters. Where once sat serried ranks of young architects hunched over their screens, now hang some of the radical drawings and models that formed the origins of her practice.

“It was like discovering a treasure trove,” says Rachel McHale, one of the students involved in curating the exhibition. “We were given total access to her archive of 12,000 drawings, paintings, models and sketchbooks, with free rein over what to make of it. It was exciting, but also totally overwhelming.”

Given the volume of material available – and the impenetrable nature of much of it – the students have done an admirable job of piecing together a show telling the story of Hadid’s relationship with her adopted home city with impressive clarity. It begins with her student work, featuring two projects she produced at the Architectural Association in the 1970s that reimagined parts of the capital’s transport infrastructure as densely occupied, hybrid hubs of public activity.

Her fourth year project, inspired by Russian suprematist artist Kazimir Malevich, imagined a 14-level hotel on top of Hungerford Bridge, made up of pixelated cubic forms. Her fifth year scheme conceived a museum of the 19th century, designed as a chain of buildings emerging from Charing Cross station, like the carriages of a train derailing as they charged across the river towards the South Bank. They contain the germs of ideas she would return to 20 years later in a design for a habitable bridge across the Thames, imagined as a horizontal skyscraper filled with housing, offices, shops and artists’ studios, boomeranging its way across the river – and shown in the exhibition in a model of swooping, splintered Perspex shards. 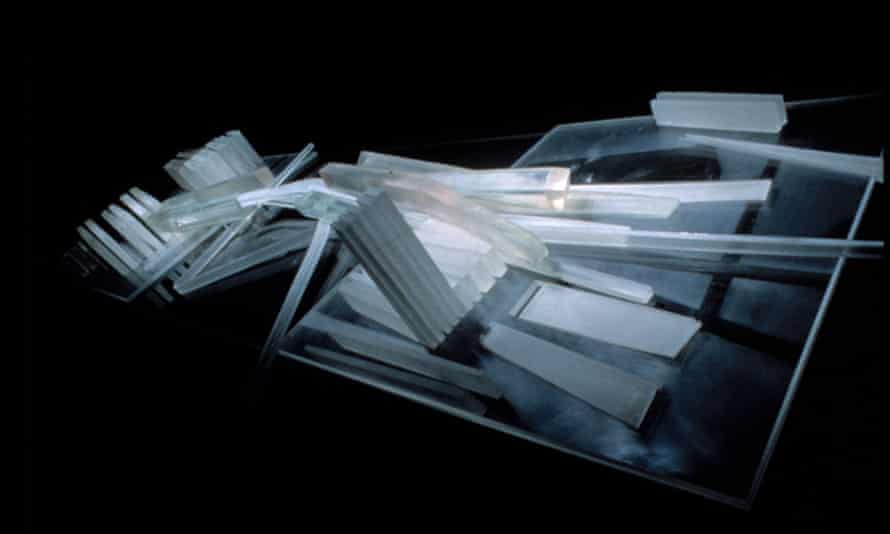 Another case of models features studies for an unrealised office building on Pancras Lane, showing how the skewed perspectives of Hadid’s paintings began to be translated into twisted, gravity-defying three-dimensional forms. “People do ask: ‘Why are there no straight lines, why no 90 degrees in your work?’” she once said. “This is because life is not made in a grid.” Her madcap schemes for underground skyscrapers cooled by waterfalls might not have come to pass, but her conception of London surging eastwards did foreshadow the city’s direction of growth. And a fragment of her streamlined vision of the East End was ultimately realised in the form of the lithe aquatics centre for the 2012 Olympics.

Her experimental mode of thinking is planned to be kept alive by the foundation, which Hadid founded in 2013. It has been led by an impressively high-calibre team since last year – directed by Paul Greenhalgh, former director of the Sainsbury Centre, with research led by Jane Pavitt, the former dean of humanities at the Royal College of Art, and the collection handled by Leonora Baird-Smith, who headed up collections management at the British Museum.

“I love the idea that it’s a thinktank,” says Greenhalgh. “That it can get dangerous and radical, and really engage with the urgent issues facing our cities.” With a strong emphasis on education, the foundation has so far awarded three full bursaries to the London School of Architecture for students from low-income backgrounds and refugees, and plans to forge long-term research partnerships with other educational institutions. 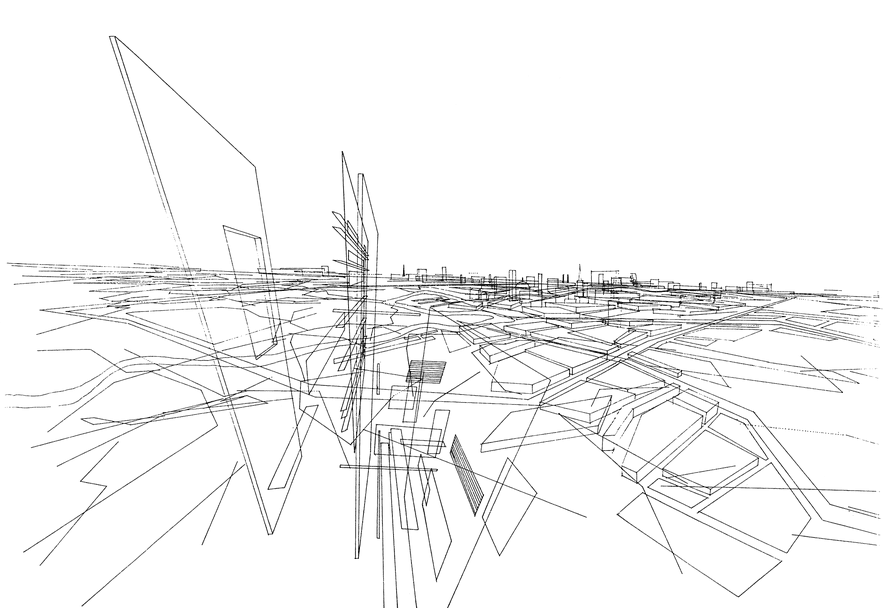 ‘Maybe that’s what London is all about’ … Multi-level Perspective from 1991. Photograph: © Zaha Hadid Foundation

Greenhalgh envisions the building becoming something along the lines of the Rodin Museum or the Gustave Moreau Museum – both housed in places where the artists lived and worked, with an auditorium, gallery and events space. Meanwhile, the former Design Museum building in Shad Thames, which Hadid acquired before her death, will operate more like an open storage facility: “It could be a city of models,” he says.

After a costly spat over the fate of Hadid’s £100m estate was finally settled in 2020, the foundation can hopefully now focus on keeping her experimental spirit alive, outside the courtroom, using its bases in the capital as a testing ground for further unrealised ideas. As Hadid said: “Maybe that’s what London is all about: these potentials. Maybe its role is to be the ultimate unrealised project.”