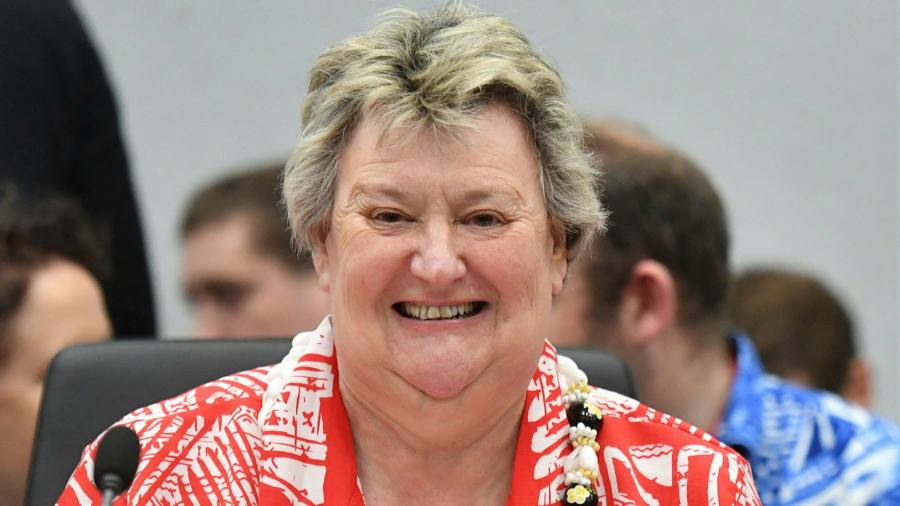 A UK government minister has apologised after referring to Britain’s second-biggest city and a prominent Lancashire seaside resort as “godawful” on the same day Boris Johnson gave a key policy speech in the latter town.

Heather Wheeler, a junior Cabinet Office minister, used the phrase to describe Birmingham and Blackpool during a technology conference in London on Thursday.

She has since apologised, saying the comments did not reflect her real views.

But Labour has accused the government, which has placed levelling up, the narrowing of the economic inequality of such coastal and post-industrial areas at the heart of its domestic agenda, of arrogance and disdain.

Wheeler had been speaking at an event in London to launch the government’s new digital strategy, entitled The 2022 to 2025 Roadmap to a Digital Future.

In the preamble to her speech, she told the audience: “I was at a conference at, I dunno, Blackpool or Birmingham, somewhere godawful,” before telling an anecdote about a hiccup she had with a lectern on stage.

On the same day, the prime minister was in Blackpool giving a speech about plans to cut taxes and allow benefits claimants to buy their own social housing. The Conservatives are due to hold their party conference in Birmingham in October and the city is due to host the Commonwealth Games this summer.

Chris Middleton, a technology journalist, picked up Wheeler’s comment, before posting a remark about it on Twitter.

The gaffe was met with outrage from Labour.

“Who the hell does Heather Wheeler think she is?” said Liam Byrne, a Labour MP who represents part of Birmingham, adding that the Tories had “slashed” public spending in the city, creating poverty and unemployment.

“For a government minister to then simply abuse Britain’s second city weeks before our Commonwealth Games tells us everything you need to know about their arrogant, out of touch, born to rule disdain for the heart of our great country.”

Lisa Nandy, shadow levelling up secretary, said: “This comment reveals the Conservatives’ true colours. It’s no wonder the Tories are failing so miserably to level up our great towns and cities if this is what they truly think.”

Brought up in south London and now an MP for South Derbyshire, Wheeler is currently parliamentary secretary for the Cabinet Office, a junior role that follows other ministerial positions in the Foreign Office, Treasury and is in charge of homelessness. As homelessness minister, she attracted criticism for saying she did not know why the number of rough sleepers had risen.

In a statement, Wheeler said: “Whilst speaking at a conference on Thursday, I made an inappropriate remark that does not reflect my actual view. I apologise for any offence caused.”

One government official said: “I think it was just something a bit off the cuff as I’m sure you can appreciate.”