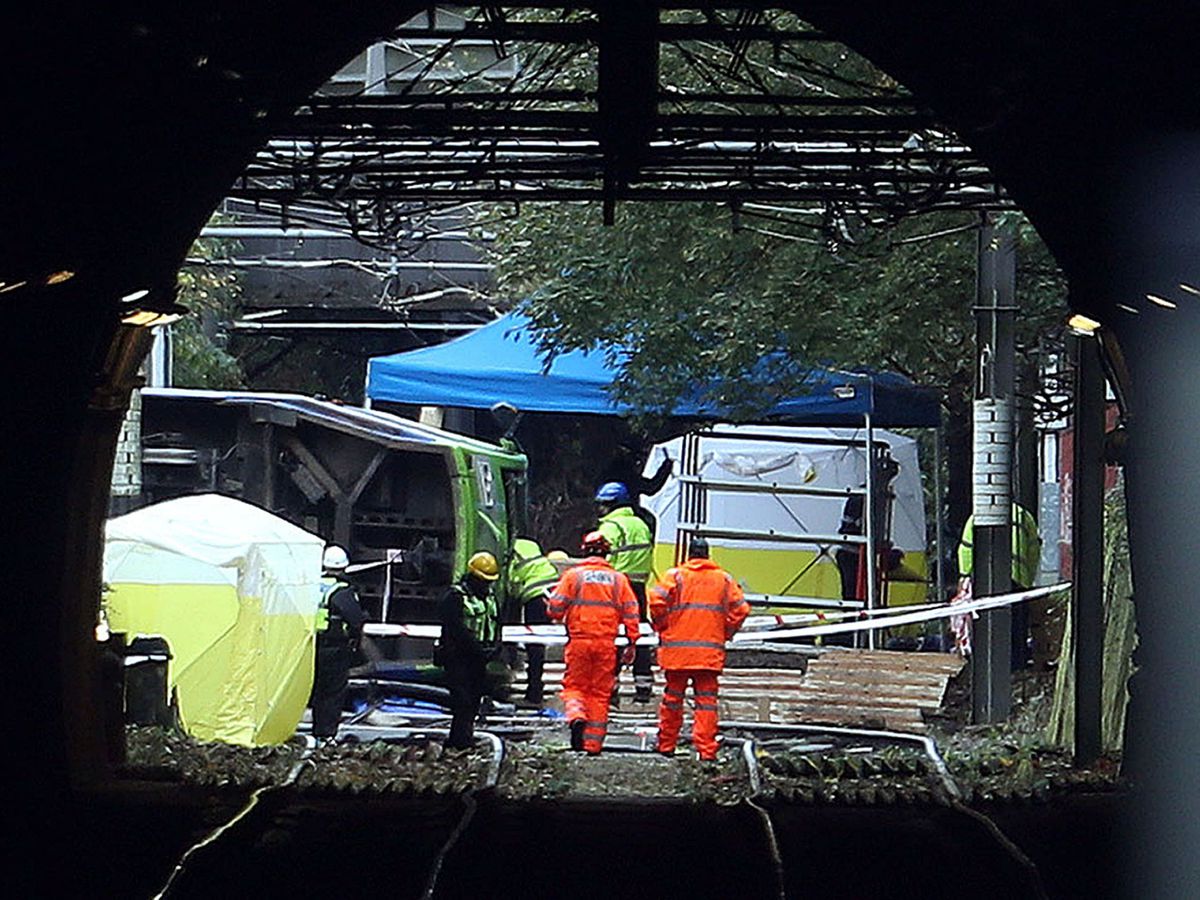 The scene of the Croydon tram crash

The first court hearing for a criminal prosecution relating to the Croydon tram crash will take place on Friday.

Transport for London (TfL), FirstGroup-owned Tram Operations Limited (TOL) and driver Alfred Dorris are accused of health and safety failings after seven passengers died and 51 were injured when a tram derailed in south London on November 9 2016.

A preliminary hearing will take place at Croydon Magistrates’ Court at 10am.

The prosecution is being brought by regulator the Office of Rail and Road (ORR).

An inquest last year heard the tram toppled over and spun off the tracks in darkness and heavy rain near the Sandilands stop after approaching a curve at 73kph (45mph).

The speed limit for that stretch of track was 20kph (12mph).

Services on Croydon Tramlink are managed by TfL and operated by TOL.

Both organisations are alleged to have “failed to ensure the health and safety of passengers on the Croydon Tramlink network, so far as reasonably practicable”, the ORR said.

Mr Dorris is accused of a failure to “take reasonable care of passengers”.

Man, 21, collapsed in front of his friends and died after overdosing on MDMA at party