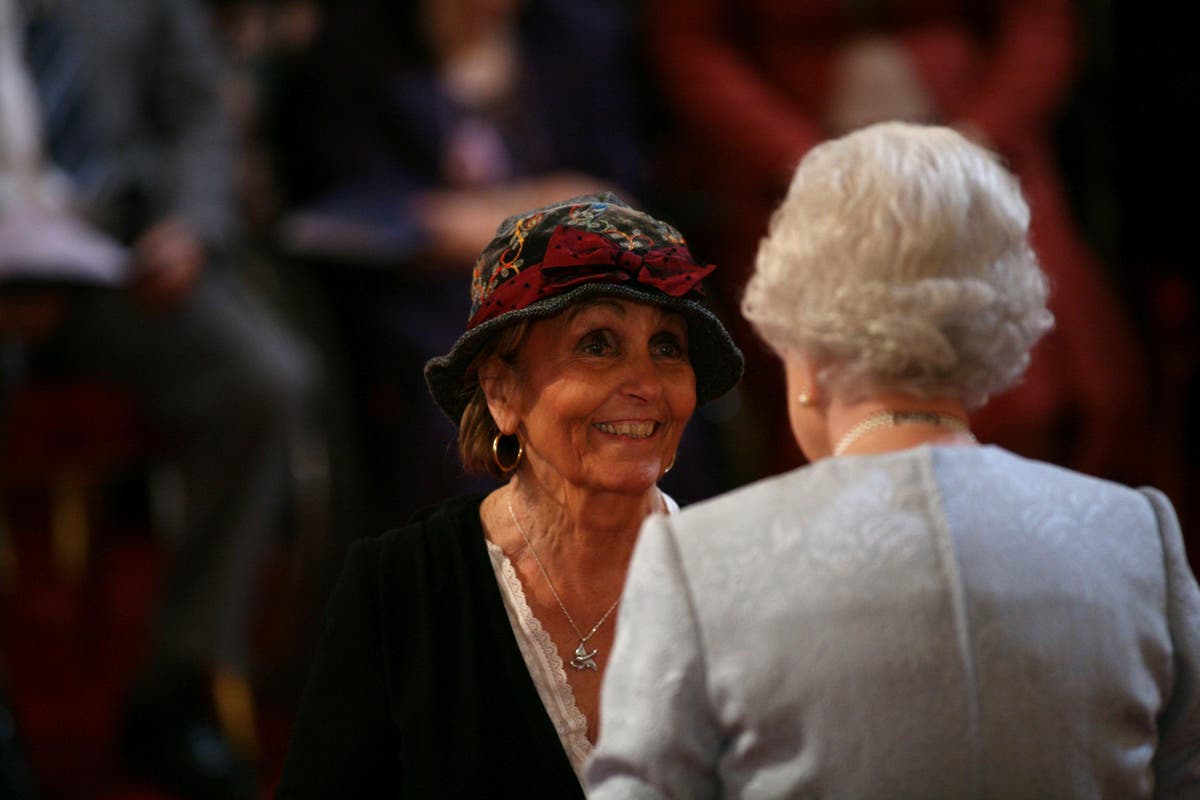 A tweet announcing the news stated: “It is with immense sadness that we announce the death of the Portuguese-born, British artist Dame Paula Rego at the age of 87.

“She died peacefully this morning, after a short illness, at home in North London, surrounded by her family.

“Our heartfelt thoughts are with them”.

Over a career spanning more than five decades, Dame Paula created magical pictures based on her childhood memories and fairytales, with her works selling for hundreds of thousands of pounds.

They have featured in collections owned by famous names like Charles Saatchi and Madonna.

Born in 1935 in Lisbon into a prosperous family, Dame Paula was sent to an English finishing school as a teenager in Kent.

Her talent for art was spotted and she studied at London’s prestigious Slade School of Fine Art.

The artist first came to prominence in Portugal with semi-abstract work that dealt with violent or political subjects.

She gained further recognition after exhibiting with the London Group in the 1960s alongside artists such as David Hockney.

Her later pieces drew on the folk stories from her homeland and popular children’s tales like Little Red Riding Hood, but she also used her own experiences, real and imagined, of her upbringing filled with neat little girls, maids and grandmothers but with a sexual or violent subtext.

She was seen as one of the most notable figurative artists of her generation, with her work ranging from painting, pastel, and prints to sculptural installations.

She described herself as a feminist artist, credited with revolutionising the way women are represented.

Subjects like sex trafficking and honour killings also provided material for her pieces.

Notable among her works are her Dog Woman pastel drawings, which portray women in a series of canine poses, and her portrait of Germaine Greer from 1995 which featured in the National Portrait Gallery in London.

Dame Paula was also the first artist-in-residence at the National Gallery in London and a retrospective exhibition of her work was held at the Tate Britain last year.

The director of Tate, Maria Balshaw, spoke of the institution’s sadness at hearing the news, describing Dame Paula as an “incredibly important figure”.

She added: “She was an uncompromising artist of extraordinary imaginative power, who uniquely revolutionised the way in which women’s lives and stories are represented.

“Over the course of her career, she gained enormous respect from many fellow artists and art critics, leading the way in giving powerful form to denouncing injustice.

“To hold her celebrated retrospective at Tate Britain last year was a true privilege, and our collections are so much richer for holding a significant number of her ground-breaking works.

“For many, many women, including myself and countless colleagues at Tate, she was the greatest of trailblazers and a vivid personal inspiration.

“We will ensure that future generations have the opportunity to feel the unrelenting force of this work, and are as moved by it as so many have been over the decades.

“Our thoughts are with her family at this time.”

In 2017 the BBC broadcast a documentary, Paula Rego: Secrets And Stories, directed by Rego’s son Nick Willing, which provided a unique insight into the artist’s life and work.

She was made a Dame Commander by the Queen in 2010 at a ceremony held at Buckingham Palace, and won the Mapfre Foundation Drawing Prize in Madrid in the same year.

The artist has received numerous honorary doctorates including from universities of Oxford and Cambridge and from the Rhode Island School of Design in the US.

My 9 Favorite Markets To Visit In London