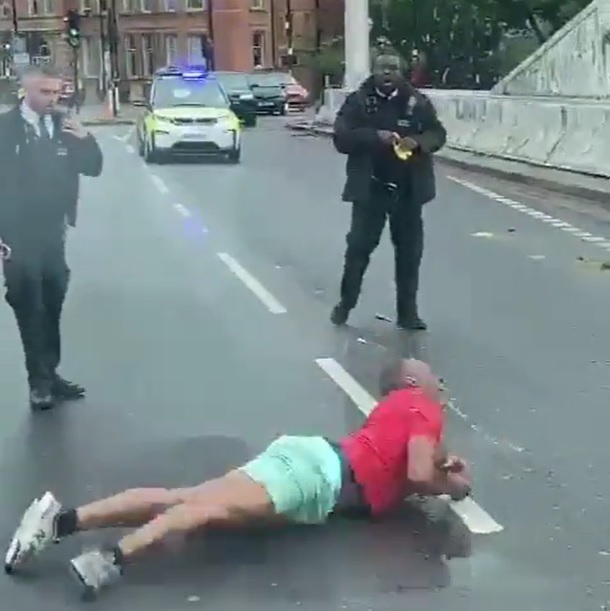 Still from a video circulating on social media across London

Questions and outage are growing across London after a man who ended up in London’s River Thames following police firing a Taser in a bid to detain him died yesterday.

The Independent Office for Police Conduct (IOPC) confirmed the man, in his early 40s, had passed away in hospital.

On Saturday morning, police were called to Chelsea Bridge Road, west London after receiving reports that a man was armed with a screwdriver and shouting. He was rescued from the water and taken to hospital in a critical condition.

The IOPC, the police watchdog, said on Sunday the man, aged in his early 40s, had died in hospital and that an inquiry was under way.

IOPC director Steve Noonan said: “We have spoken to the man’s family to express our sincere condolences and explain our involvement. Our sympathies remain with them at this terrible time. Our independent investigation is under way into the police actions at the bridge and we have begun gathering and reviewing evidence.” 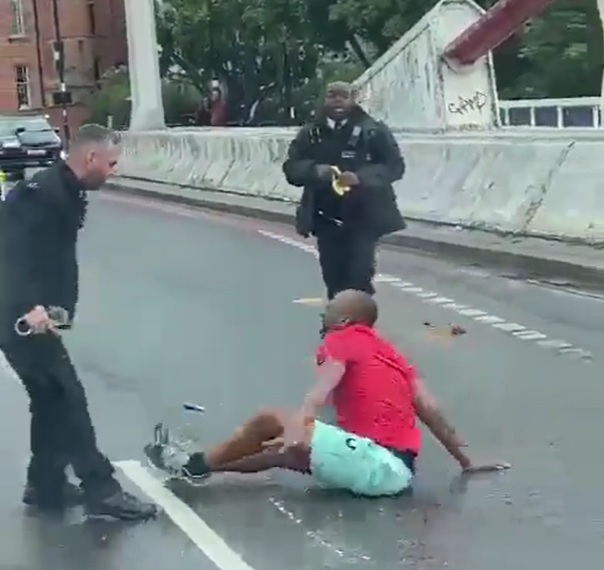 The incident on Chelsea Bridge over the weekend

The watchdog said: “We are investigating contact Metropolitan Police officers had with a man on Chelsea Bridge yesterday morning (Saturday) prior to him entering the River Thames.

“He was subsequently rescued from the water and was taken to hospital in a critical condition. The ma sadly died in hospital on Saturday evening.

“We were notified by the Metropolitan Police on Saturday and sent investigators to the scene and to the police post-incident procedure to begin our investigation. Initial information indicates that officers were responding to reports of a disturbance when they encountered the man on the bridge. During the incident Taser was deployed.

“Investigators have secured police body-worn video footage and initial accounts have been obtained from the officers involved. The Taser used has also been gathered and will be analysed. Investigators have overseen forensic examination of the scene.”

The Metropolitan Police said officers challenged the man before the Taser was discharged, but this “did not enable the officers to safely detain him” and he “subsequently entered the river”.

A rescue operation was launched and the man was pulled to safety by the Royal National Lifeboat Institution.

His family will be supported by specialist officers, the force said.

Commander Alexis Boon said: “My thoughts are with the family of the man at this very difficult time. I offer my sincere condolences to them for their tragic loss.

“Officers go to work every day to keep the public safe, and so any incident in which a person comes to harm following contact with police is understandably concerning.

“Our officers face some of the most challenging and difficult situations daily, in doing so they are fully aware that their actions should rightly be subject to public scrutiny.

“The Met’s Directorate of Professional Standards made an immediate referral to the Independent Office for Police Conduct following this sad incident, and we will co-operate fully with them as they work to understand the full circumstances.”

Post-Jubilee hangover on Monday from hell: ‘Fed up’ Londoners to work from home as tube strike brings city to standstill