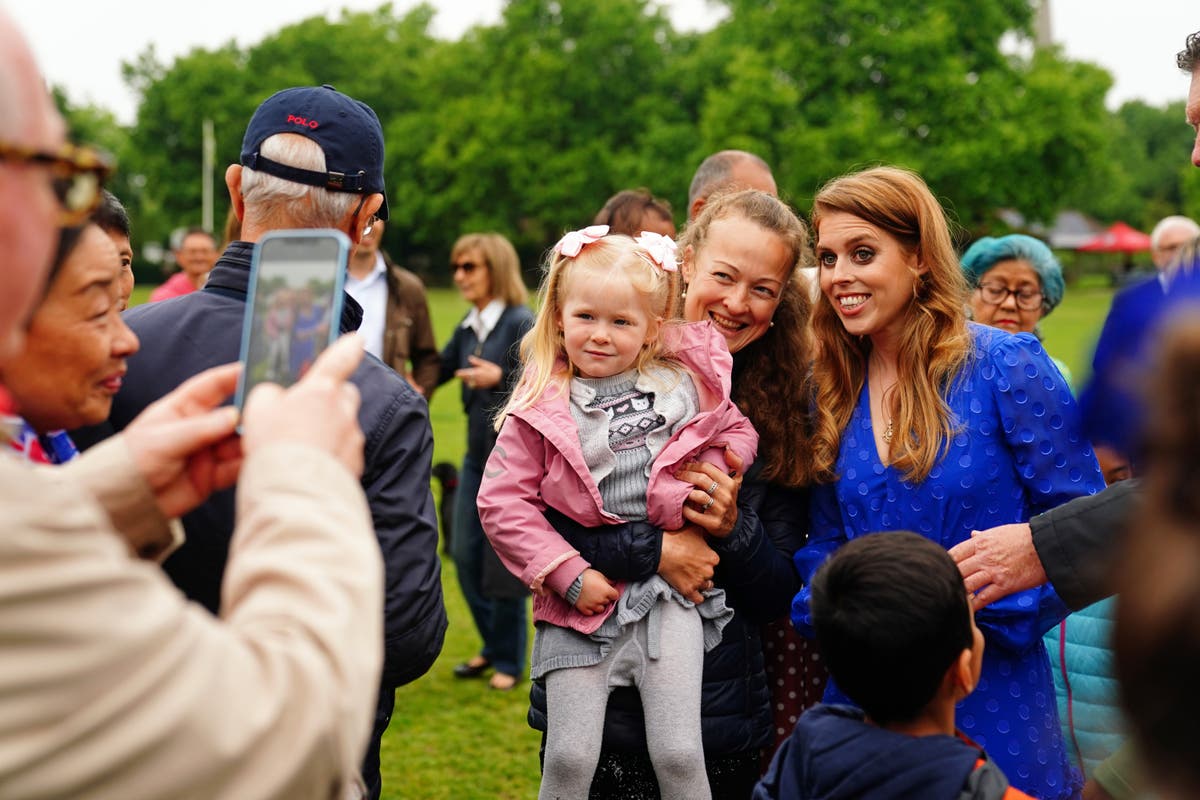 rincess Beatrice has said that she is “very, very lucky” to have the Queen as her grandmother while attending a Jubilee lunch in west London.

The Big Jubilee Lunch, held at Paddington Recreation Ground on Sunday, was hosted by Westminster council.

It was one of thousands of similar lunches held across the UK over the Jubilee weekend, with an estimated 15 million people participating in the events.

Princesses Eugenie and Beatrice attended the event, mingling with members of the local community, including NHS workers, a food social enterprise and members of Octavia housing who offer a befriending service for the elderly.

Introducing herself to a table of volunteers and service users from Octavia House, Beatrice said: “My name’s Beatrice, the Queen is my granny, I’m very, very lucky.”

Beatrice then moved to another table with more people from the charity.

She discussed the moment from last night’s concert when the Queen produced a marmalade sandwich from her handbag in a pre-recorded sketch with Paddington Bear.

“I’ve always wondered what was in her handbag and now we know,” Beatrice said. “The secret is out, it’s a marmalade sandwich.”

Circus showman Tim Eagle showed the pair how to spin the plates, with Princess Eugenie receiving a round of applause for her efforts.

Speaking to the PA news agency afterwards, Mr Eagle said the princesses could have an alternative career in the circus.

“They showed some skill at it”, he said. “Given another five minutes they could have both gotten it.”

The princesses met Julie Bundy from the Maida Hill enterprise, a food charity that feeds members of the local community.

Ms Bundy said they discussed the charity’s efforts to keep its food banks going during the pandemic.

“We were talking about the park and how lovely it is, and I said that I walk my dogs here and they said what kind of dogs and I said labradoodles.

“They said, yes, they’re the best aren’t they? That’s a plus point in my book, so they’re obviously very discerning dog owners.”

“It meant so much to those present that the princesses were able to join our community heroes on this historic day both for the royal family and the country”, he said.