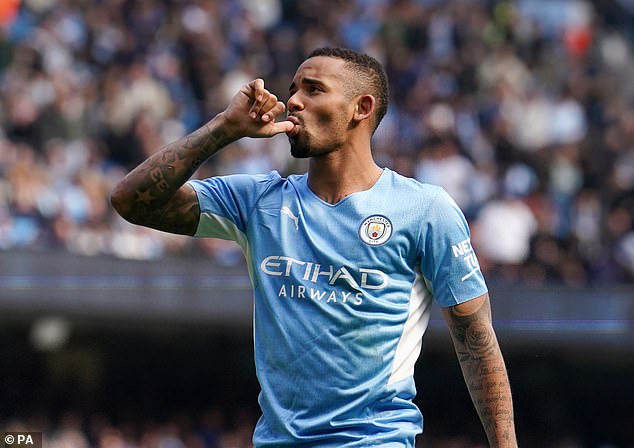 Arsenal ‘are ready to DOUBLE Gabriel Jesus’ salary to £200,000 to persuade the Man City forward to join the Gunners’ despite missing out on the top four… ‘with Emirates chiefs already holding talks with his agent’

By Ben Willcocks For Mailonline

Arsenal are prepared to double Gabriel Jesus’ wage at Manchester City in a bid to lure him to North London, according to reports.

The Brazilian has been linked with a move away from the Etihad this summer after Erling Haaland signed for Pep Guardiola’s side last month.

Manchester City are reportedly ready to speak to Jesus’ representatives in the coming days while the striker is on international duty.

The Gunners have placed Jesus firmly at the top of their summer wish list having waved goodbye to both strikers Pierre-Emerick Aubameyang and Alexandre Lacazette in 2022.

Manager Mikel Arteta is believed to have held an excellent working relationship with the 25-year-old during his time as assistant boss at the Etihad and both parties are reportedly keen on a deal.

Arsenal have already held initial talks with his agent Marcelo Pettinati but have since enhanced their offer following interest from other European clubs, according to The Sun. 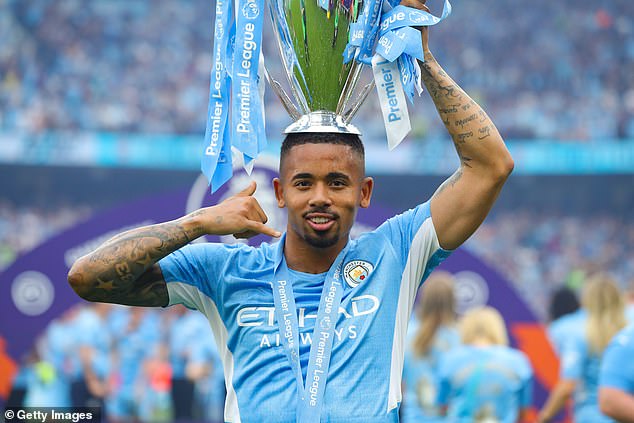 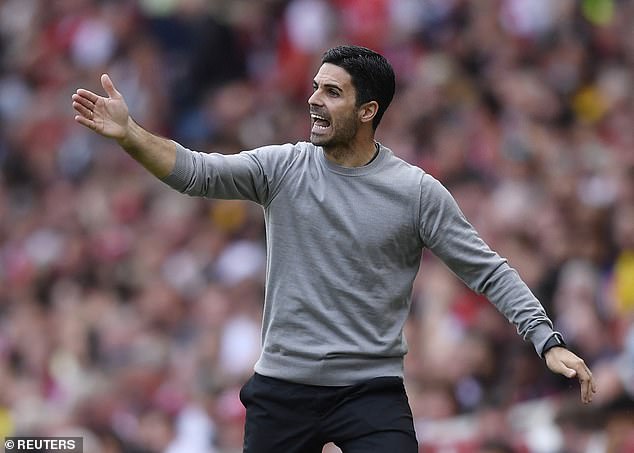 Therefore, having seen Jesus attract interest from sides in Serie A and La Liga, the North London club reportedly stepped up their salary package to £190,000 per week plus bonuses in a bid to coax the striker.

The deal would see him earn a significant increase on his £110,00-a-week wage at Manchester City.

And, whilst Arsenal cannot offer Jesus Champions League football, they can all but promise him a regular first-team spot as the central striker at the Emirates – a role he has become accustomed to sharing under Pep Guardiola.

Jesus only featured in 28 Premier League matches for City last campaign, his lowest total in a full season since arriving in Manchester for £28 million.