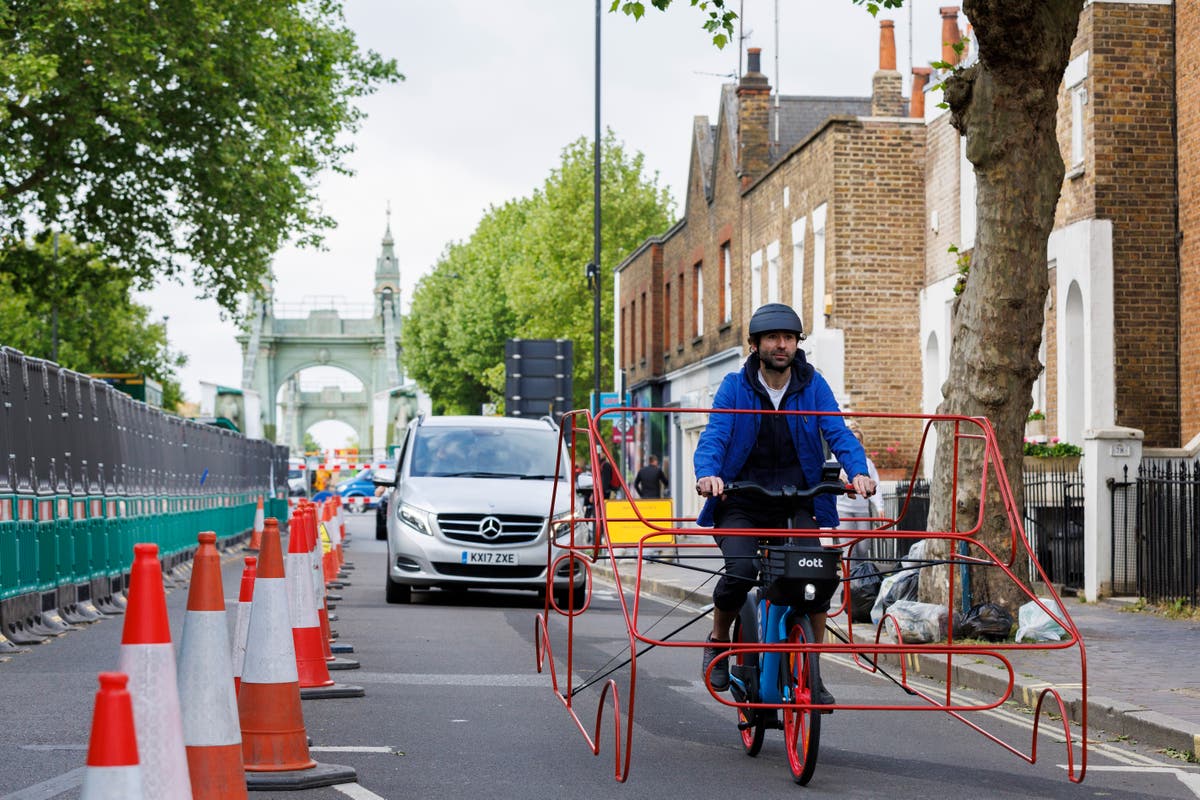 yclists wearing frames shaped like cars are taking to the streets of London to demonstrate that vehicles are “hogging” roads.

Micromobility firm Dott is carrying out the stunt in Hammersmith, west London, this week.

Dott has been one of three operators involved in a trial of rental e-scooters in London since June 2021.

It began offering rental e-bikes in the city in March.

Dott co-founder and chief executive Henri Moissinac said: “Our latest project highlights the absurdity of single drivers hogging the capital’s roads, when other forms of transport are openly available and so much better for both the individual and the community.

“It’s time we reimagined how we travel across our cities, which is why we’re here to unlock London with clean rides for everyone.”