The founder of a London social enterprise that gives free meals to refugees and the homeless has said it is at risk of closure because the cost of living crisis has led to a collapse in sales and donations.

Ruth Rogers, the founder of The Canvas in the East End of London, said there had been a dramatic collapse in trade in its cafe in recent weeks, with takings so low that one day she thought its tills were broken.

“At 3pm last Thursday, I had to ask my manager if the till system had broken because sales were at £57,” said Rogers. “We’d been open since 10am. Before the pandemic it would have been £300-400 by that point in the day.”

While the cafe’s sales were low after lockdown, they had started growing again in the early part of 2022, said Rogers of the community hub close to Brick Lane in Tower Hamlets, which has the highest child poverty rate of all the London boroughs.

“Once we’d got past Omicron, sales were rising month on month by an average of 17.5%,” said Rogers. “But April was 5% down on March and May is looking like 15% down on April. This feels like a direct impact of the cost of living issues people are facing.

“We’ve got a fantastic menu, our space is welcoming, our team are working their socks off but if people aren’t coming through the door because they feel they can’t afford to … how can any small business survive, let alone one like The Canvas? I know other places like us are already closing.”

‘We’ve got four weeks to turn it around’: The Canvas has launched a last-ditch crowdfunding drive with a target of £100,000. Photograph: Jo Thorne

Trade in the cafe used to be brisk with extra income generated from renting out its event space. Customers would “pay it forward” by adding the cost of a drink, snack or hot meal to their order “for someone who might not be able to afford their own”, enabling the cafe to hand out free food and drinks.

In January, however, the cafe gave away £1,700 of food and Rogers realised that, for the first time since it opened its doors in 2014, the pay it forward pot was drying up and would run out in a few weeks, forcing it to limit the quantity of food it was handing out.

“It was never a problem before,” she said. “Now we’re seeing 30% more need but suffering 60% less trade and because of that our donations are down. If people are not coming in the door, they are not donating at the till.”

The situation chimes with the experience of food banks, who report soaring demand but lower donations as rising living costs bite. This combination is creating a “perfect storm” for charities and social enterprises, according to recent research by the Charities Aid Foundation (CAF).

Nearly three in five charity leaders were concerned about people having less money to donate, while a third were worried about their organisation’s future, according to a poll of 547 executives in April. Its consumer poll found 14% of people planned to cut back on charity donations in the next six months to help manage their bills.

The high street campaigner Mary Portas, co-chair of the Better Business Act campaign, said it would be “awful” if The Canvas shut. She added: “It’s a shining example of the better ways that businesses need to be operating to provide a more sustainable future.”

The Canvas has launched a last-ditch crowdfunding drive called Save Our Seats (SOS) with a target of £100,000. “We’ve got four weeks to turn it around,” said Rogers. “We need to buy time because I don’t know how long it is going to be like this. I need to find a new business model for this trading environment.”

The crisis has led to offers of help from its famous supporters, including the artists Gilbert & George who live nearby. In 2019, they donated designs to create art plates for it to sell and raise funds and have agreed to sign a limited number that are being offered as “rewards” for large donations. In a statement, they said: “Gilbert & George are happy to create their magic picture plates to help The Canvas in their campaign to help feed the homeless.”

Jason Williamson, the lead vocalist of English electronic punk music duo Sleaford Mods, said the cafe was helping people “directly with food and drinks but also friendship and respect. A place like this can’t close just as things are about to get worse for everyone.” 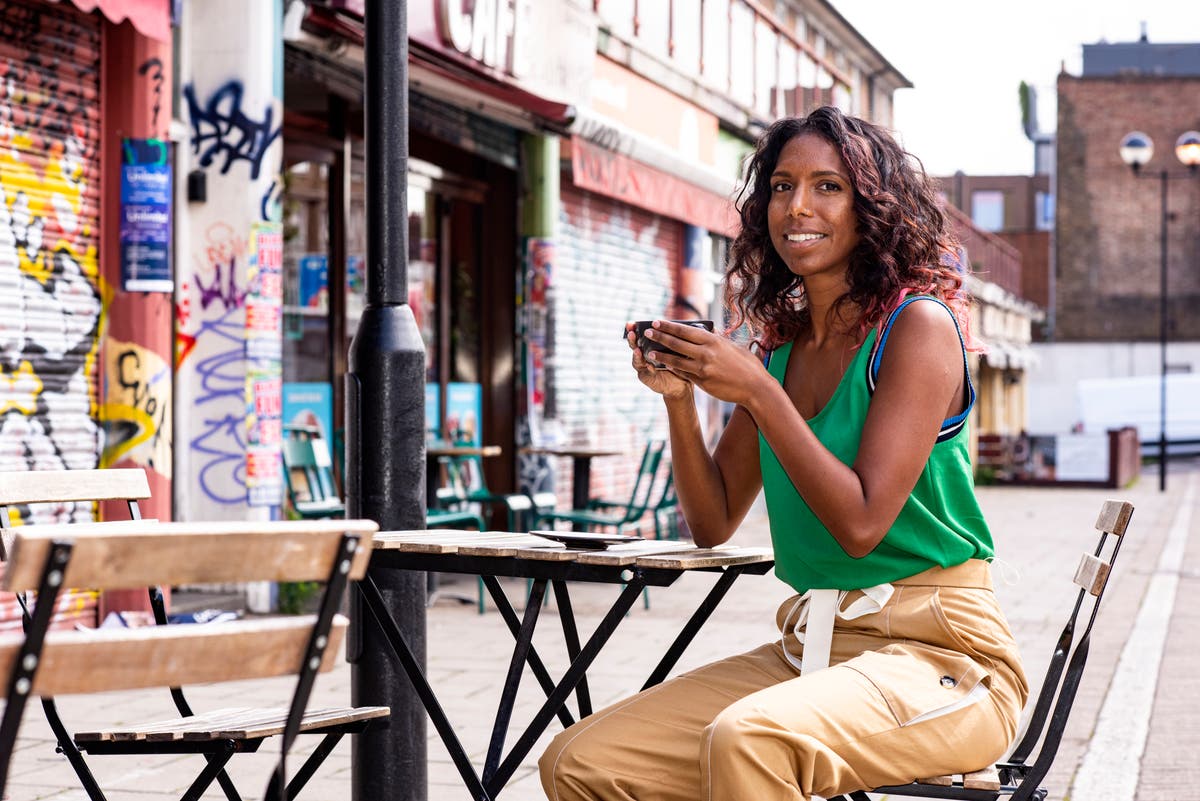