London’s long-awaited Elizabeth Line has finally opened to commuters after years of setbacks and delays.

Enthusiasts travelled to Paddington station from as far as Scotland and queued from the early hours of the morning to be on the first service.

A crowd of around 300 people cheered and rushed forward as the station entrance was opened before the first train departed at 6.33am.

The over-budget £18.9billion Crossrail project is being hailed as a huge boost to the capital’s economy that will cut journey times from the east and west.

The Elizabeth Line stretches from Reading in Berkshire and Heathrow Airport in west London to Abbey Wood in south-east London and Shenfield in Essex.

For now, the railway will operate as three separate sections, so there are not expected to be any end-to-end trains available until autumn this year.

Colin Kelso, 18, had travelled all the way from Glasgow for today’s highly anticipated opening. In a nod to the line’s colour scheme, the excited traveller wore a hoody with ‘Purple train’ printed on the front.

People travelled from far and ride to be the first to ride London’s newest railway (Picture: w8media)

The brand new railway will make it far easier for people to travel into London from the east and west (Picture: TfL) 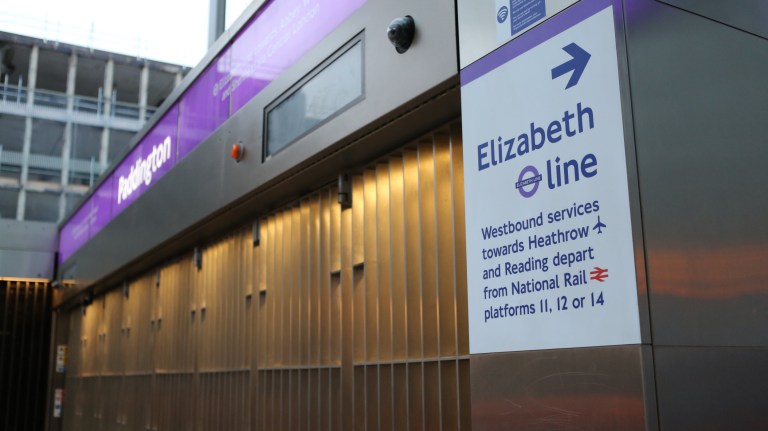 The long-awaited project was £4billion over budget (Picture: w8media)

He said: ‘I want to get on the first train. I’ve always liked trains and have been keeping up to date with the project.’

As the first Elizabeth Line train from Paddington set off bang on time, Mayor of London Sadiq Khan said ‘Phew.

He gave Transport for London commissioner Andy Byford a bear-hug as he marked the historic occasion.

Khan said he felt like ‘the little boy before Christmas’ ahead of the service running, calling the line a ‘game changer’ that will ‘transform our city’.

He said the trains are ‘fit for a Queen’, in reference to Her Majesty’s surprise visit to Paddington last week to mark the completion of the Crossrail project.

After arriving at the station at 1.30am, Danny McLaren, 21, said: ‘We’ve known it will open for a while. It’s a brand new railway. New technology. New trains. It’s an epic day to experience it when it’s brand new.’ 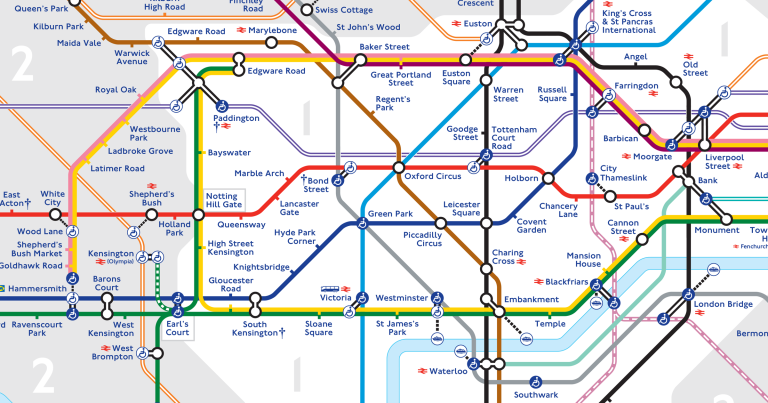 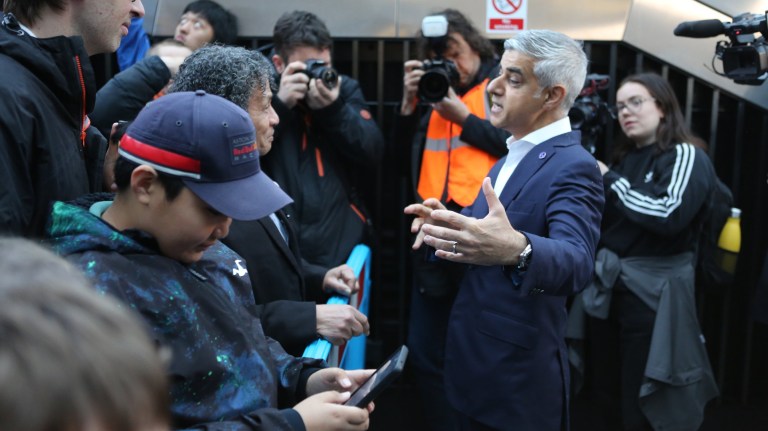 Mayor of London Sadiq Khan said he felt like ‘the little boy before Christmas’ (Picture: w8media) 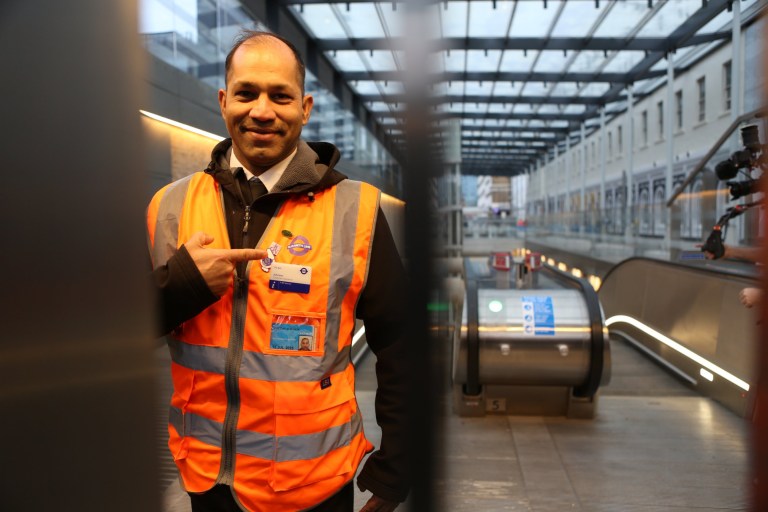 The new railway is being hailed as a ‘game changer’ that will bring a huge boost to the economy (Picture: w8media)

Hakim Colclough, 24, from Chessington, Surrey, said: ‘This is a momentous occasion. It’s a once-in-a-lifetime thing.’

Also at Paddington was Colin Farmer, 84, from Croydon, south-east London, who arrived at 4.30am.

He said: ‘It’s history. It’s about time there were trains right through London without changing to the Underground. I’m very excited. We’ve been waiting long enough for it. It’s a great achievement.’

The crowd cheered and rushed forwards when the doors to Paddington Elizabeth line station opened at around 6.20am.

Riding the train with his 11-year-old son Matthew, James Robert, 48, said: ‘It’s lovely and bright and fast. I wish we had trains like this in Wigan.’ 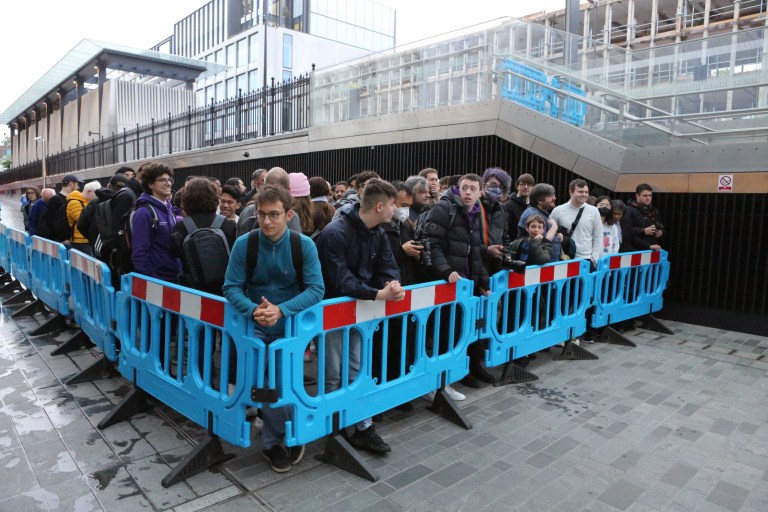 People cheered as the entrance to Paddington Station was opened this morning after queuing for hours (Picture: w8media) 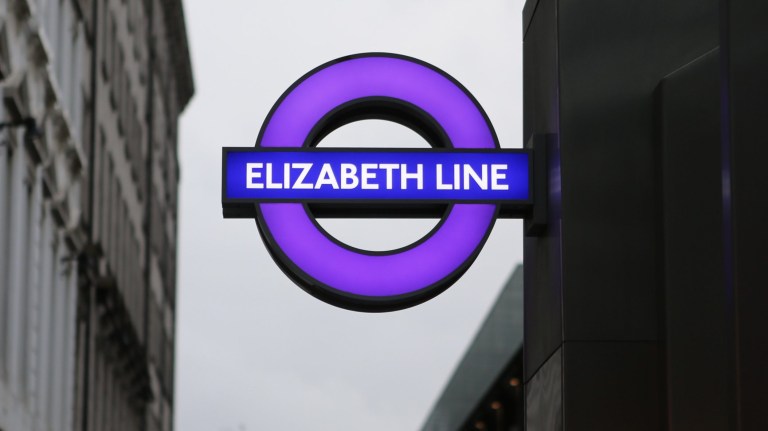 The line is named in honour of the Queen, who celebrates her Platinum Jubilee next month (Picture: w8media) 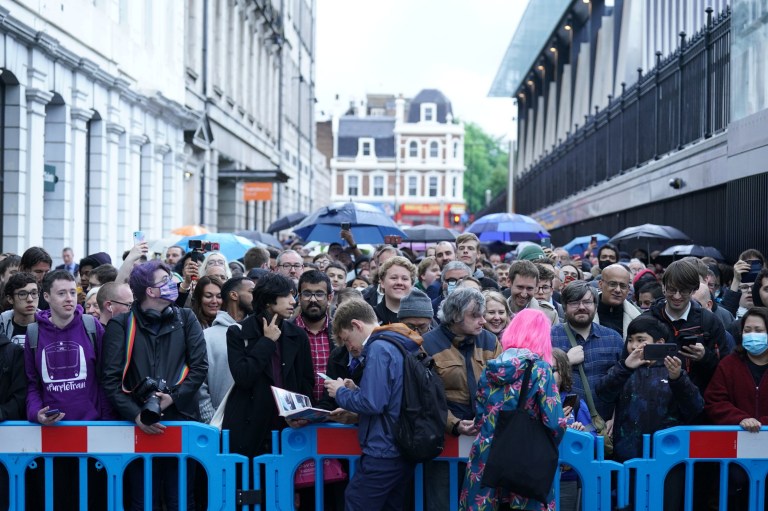 Train enthusiasts were very excited to hop aboard the brand new service for the first time (Picture: PA)

Transport for London (TfL) estimates that annual passenger numbers will reach 170million by 2026. The new central section, built by the Crossrail project, runs through tunnels from Paddington in west London to Abbey Wood.

It will initially be closed on Sundays – apart from during the Platinum Jubilee weekend – to allow further testing and software updates to take place.

The line is named in honour of the Queen, who celebrates her Platinum Jubilee next month, marking 70 years on the throne.

He told the Evening Standard: ‘We had a large crowd of people waiting patiently in the rain but in the end it all went to plan.

‘We loaded the first train with about 500-600 people. We had rehearsed this over the last few days.

‘Every service since the first has gone out on time. Drivers are doing a fantastic job of welcoming people on. Abbey Wood has come alive.’