The building we know as St Mary’s at South Woodford is modern, but the parish church has been on this site for more than 800 years. It was rebuilt several times over the centuries to meet a growing population, being expanded to the north and south, but the building retained the traditional orientation of the altar at the east end (by the High Road) and the entrance near the tower. During the Second World War the east window of the chancel was destroyed by a land mine, but miraculously St Mary’s survived. However, 53 years ago the ancient building was destroyed by fire.

It was cold on Sunday, February 9, 1969, with snow on the ground, so when at about 5pm someone in the Rector’s family noticed smoke coming from the churchyard it was assumed a bonfire had been started. The Rector, Bob Birchnall, went to investigate and soon realised the smoke was coming from the church. There were four different fires inside the building so it was a deliberate arson attack. Soon the church which had been the centre of community life for centuries had flames appearing above the roof.

How St Mary’s looked c1960 prior to the fire

As members of the congregation arrived for Evensong they were horrified to see the church in flames. Firemen came from all over East London and there were 15 appliances on hand at the peak of the blaze. They managed to rescue the silver and plate, but the fire had taken hold and by Monday morning only the skeleton of the church remained. Just the tower, built in 1708, and the walls were left standing, open to the sky. Thankfully the bells were undamaged but most of the ancient glass was lost.

But a church is not just a building, it is the people who worship together, and by the next Sunday the Memorial Hall had been furnished like the church, ready for services to continue. As well as keeping all the usual services going, the choir continued to keep up the high standard of music associated with St Mary’s. Arrangements were made to continue the Sunday School and Youth Fellowship, and the Young Wives, and the Social Services Group continued to help the elderly and visit the sick at Jubilee Hospital.

The Rector and Churchwardens coped with visits from police and insurance loss assessors, and then set the wheels in motion to raise the necessary funds for rebuilding the church. The main contribution was from insurance, additional finance came from the sale of the church of St Philip & St James, with more than £10,000 raised from donations, bazaars, barbecues and many other activities.

The exterior of the church following the fire

Rebuilding began early in 1971 to plans by architect John Phillips with the orientation reversed so that the entrance is now off the High Road and the altar is at the west end. The work was carried out by the Matthews Partnership, a local firm with wide experience of commercial building, and a commitment to do their best for St Mary’s. The roof was finished in August, an unsupported span which allows use of the entire width of the church, without the traditional lines of pillars, and the whole project was completed in a year. The new church provides meeting rooms, a kitchen, toilets and facilities for a crêche, in addition to worship. 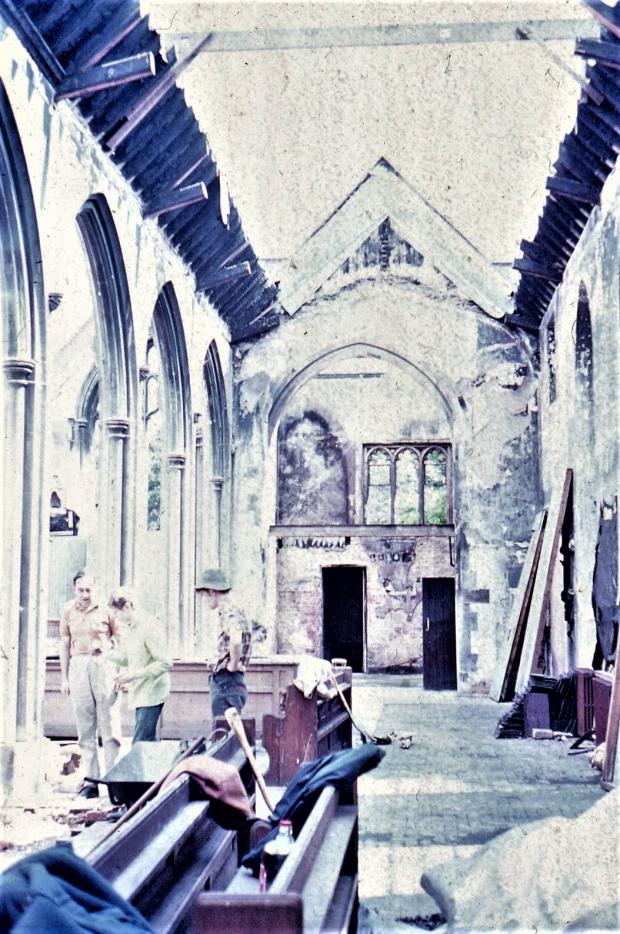 The damage is assessed

It was hoped the organ planned for the new church would allow for a resumption of the concerts and recitals which had been a regular part of the church programme. This has been the case as there is a splendid organ and, in addition to the regular church music, the various Directors of Music have encouraged links with Royal College of Music’s many other musicians enabling many quality performances to take place in the church.

Fifty years ago, on Saturday, June 3, 1972, the Rt Rev The Bishop of Barking officiated at the service of re-dedication which was also attended by representatives from the local Roman Catholic and Methodist churches and several civic dignitaries.

On Saturday (11am – 3pm) there will be a ‘Food, Fun & Craft Market Day’ at St Mary’s with plants, stalls, refreshments and activities as well as tours of the tower, organ recitals and an exhibition of the church history. 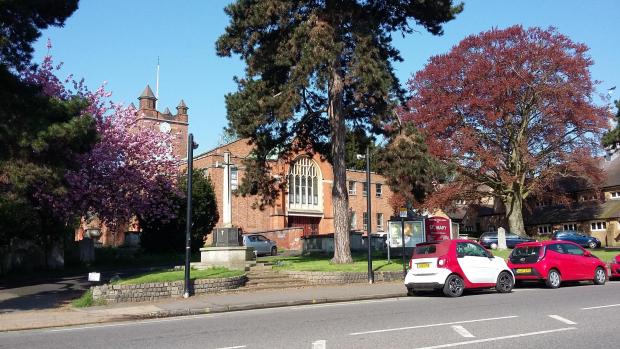 St Mary’s will be holding a ‘Food, Fun & Craft Market Day’ on Saturday

There will be a special service to celebrate the 50th anniversary of the rededication of the church on Sunday, June 12 at 10am, with Bishop Guli.

Georgina Green has been involved with local history in Redbridge, Waltham Forest and the Epping Forest area for 40 years and is the author of several local history books. She was elected a fellow of the Royal Historical Society in 2021. 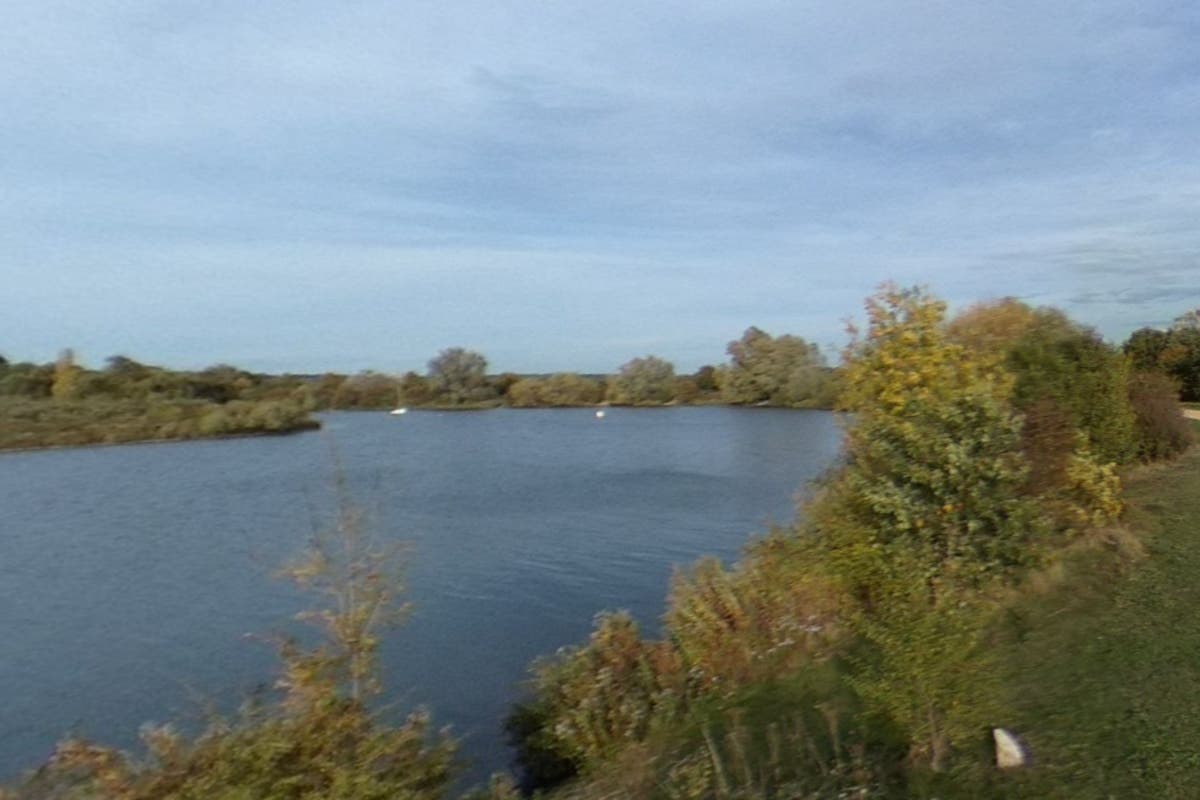 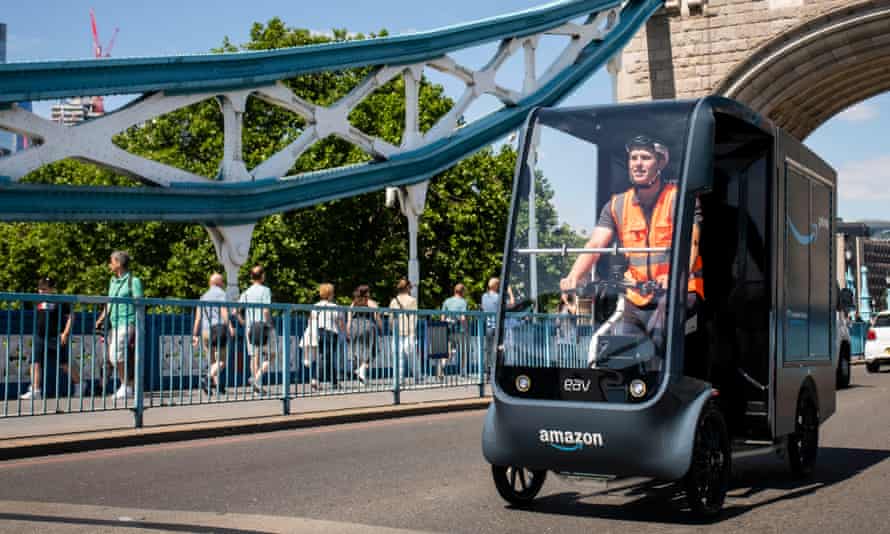 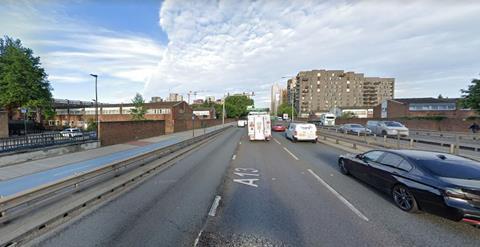