Harry Kane is ‘looking forward to the next season’ with ‘great manager’ Antonio Conte, suggesting he will NOT look to force his way out of Tottenham this summer… a year on from his plea to leave north London for Man City

By Nathan Salt For Mailonline

Harry Kane has given the clearest indication yet that his future remains at Tottenham after talking up his excitement at working with Antonio Conte again next season.

Tottenham were rocked last summer when Kane, who was being pursued publicly by Man City, revealed he was keen for a new challenge elsewhere.

But after Tottenham’s 1-0 win over Burnley in which he scored to keep their top four hopes alive, Kane gave a nod to his future by hinting he is already looking at next season with the north London club.

‘There is still a lot of work to do,’ Kane told the Evening Standard.

‘I think the improvement has definitely been there since the gaffer (Antonio Conte) came in to where we are now.

‘It shows it can be done in a short space of time, but obviously we will see what happens over the summer and look forward to the next season with a great manager.

‘Hopefully we’ve learnt a lot since he’s been here.’ 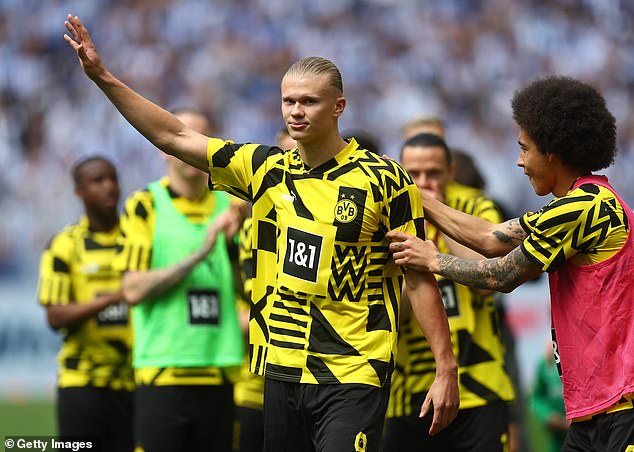 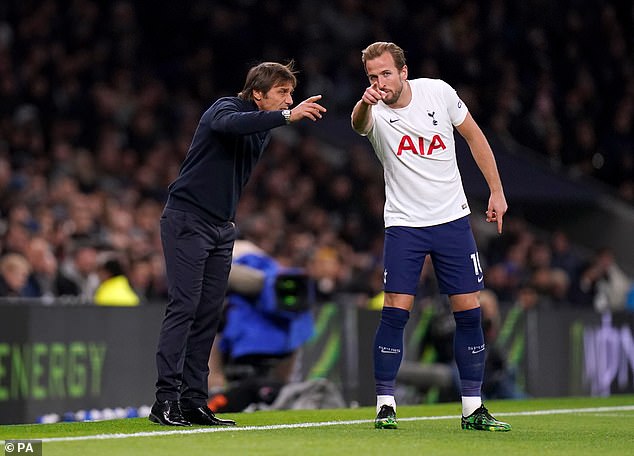 City boss Pep Guardiola is an admirer of Kane’s game but failed in pursuit of him last season, with Tottenham chief Daniel Levy digging in and demanding £150million.

As a result Kane stayed at Tottenham and City have now made a £51m move for Borussia Dortmund’s Erling Haaland, ending any targeting of Kane.

But while Kane’s future appears to be becoming increasingly clearer, plenty of clouds surround manager Conte.

He agreed an 18-month deal in November to replace Nuno Espirito Santo but has so far been non-committal about the prospect of committing to the long term.

After a 1-0 defeat at Burnley earlier this year the Italian even suggested he may not be the right man to lead Tottenham in what he sees as a large-scale rebuild. 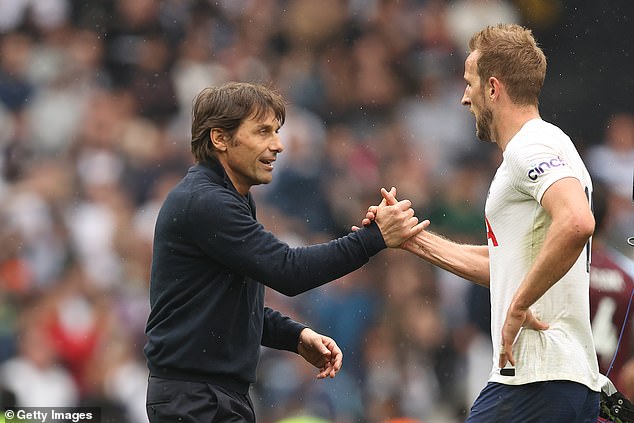 While unsure on Conte’s (left) future, Kane said he is looking forward to next season together

For Kane, he is hopeful Conte remains in charge given the squad is ‘enjoying working with him’ as they chase the top four.

‘I have no idea [about Conte’s future] to be honest, that is his decision,’ Kane added.

‘I have said I am a big fan of his and we get on really well so of course it would be great for the club if he stays. From our point of view we are all enjoying working with him.’

Tottenham sit fourth ahead of Arsenal’s game-in-hand at Newcastle on Monday night. They face already-relegated Norwich City on the final day. 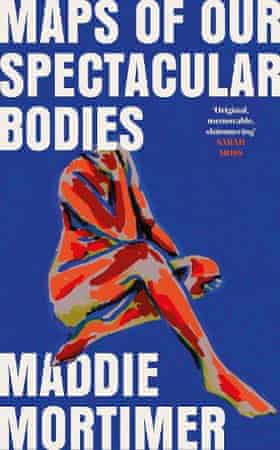