A woman who was killed by a car in west London along with her three dogs has been named as Olivia Riley, 41, from Suffolk.

Riley died on Saturday after being hit by a car in Chelsea early in the morning, the Metropolitan police said.

It is understood that she was out walking her three golden retrievers on Cheyne Walk when the incident happened.

The driver of the car, a 26-year-old man, was arrested on suspicion of causing death by dangerous driving and taken into custody.

Paramedics and police were called to the road at 6.21am and Riley died at the scene. All three of her dogs also died of their injuries.

Police are appealing for any witnesses or dashcam footage of the accident from Saturday morning.

The road is famed for its vast 18th-century mansions and has been home to Mick Jagger, Elizabeth Taylor, George Bernard Shaw and Ian Fleming.

Sign up to First Edition, our free daily newsletter – every weekday morning at 7am

The driver of the car also suffered minor injuries.

In a photograph released by her family, Riley is seen kneeling proudly with two golden retrievers, one of which has two rosettes.

Her family is being supported by specialist officers. 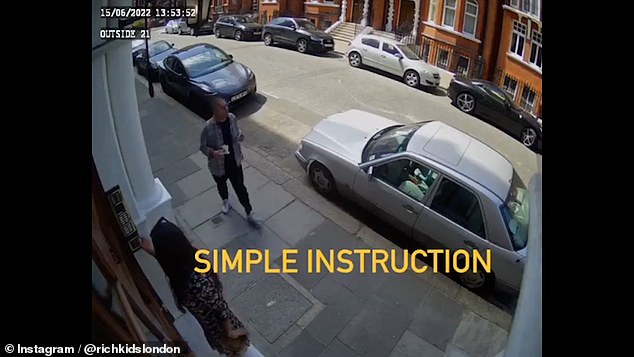