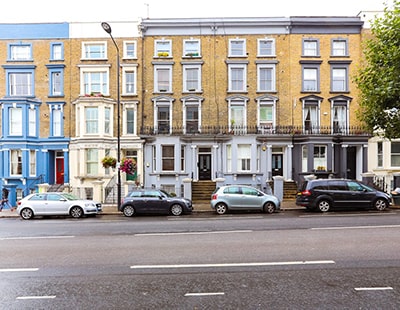 London accounted for almost half of million-pound plus property sales over the past 12 months but the most active borough at this price point may surprise you.

Analysis of Land Registry data in the 12 months to April by debt advisory specialists Henry Dannell found 48% of homes worth £1m or more sold in London.

When breaking the capital down by borough, it’s Wandsworth in south west London that ranks top for most £1m+ property market activity.

In the past 12 months, 953 sales have been recorded at £1m or more in the area, accounting for 11% of all transactions across this segment of the London market.

However, Kensington and Chelsea aren’t far behind, with 785 homes sold for £1m or above.

The borough accounts for the second-largest level of £1m+ market activity (9%) and is also home to the highest average sold price at £2.25m, as well as the highest total value of homes sold at £2.5bn.

Richmond has also performed well where £1m+ property sales are concerned, accounting for 8% of all transactions across the London market over the last 12 months.

With just six homes sold at £1m or above in the last 12 months, Newham is the only London borough not to hit double figures, accounting for the lowest level of transactions across this segment of the market at 0.1%.

Geoff Garrett, director of Henry Dannell, said: “Although it’s certainly true that London hasn’t quite seen the same explosive property market performance as the rest of the nation, don’t be fooled into thinking the capital has ground to a halt.

“Momentum has been slowly building and while house price gains may be more marginal in percentage terms, the higher price of property means that homeowners have been enjoying some considerable increases when looking to sell.

“Even at the £1m price threshold, there have been over 9,000 homes sold in the last year alone.

“This accounts for almost half of all sales seen nationally across this segment of the market and proves that when it comes to the more prime price categories, London is still very much in the driving seat.”