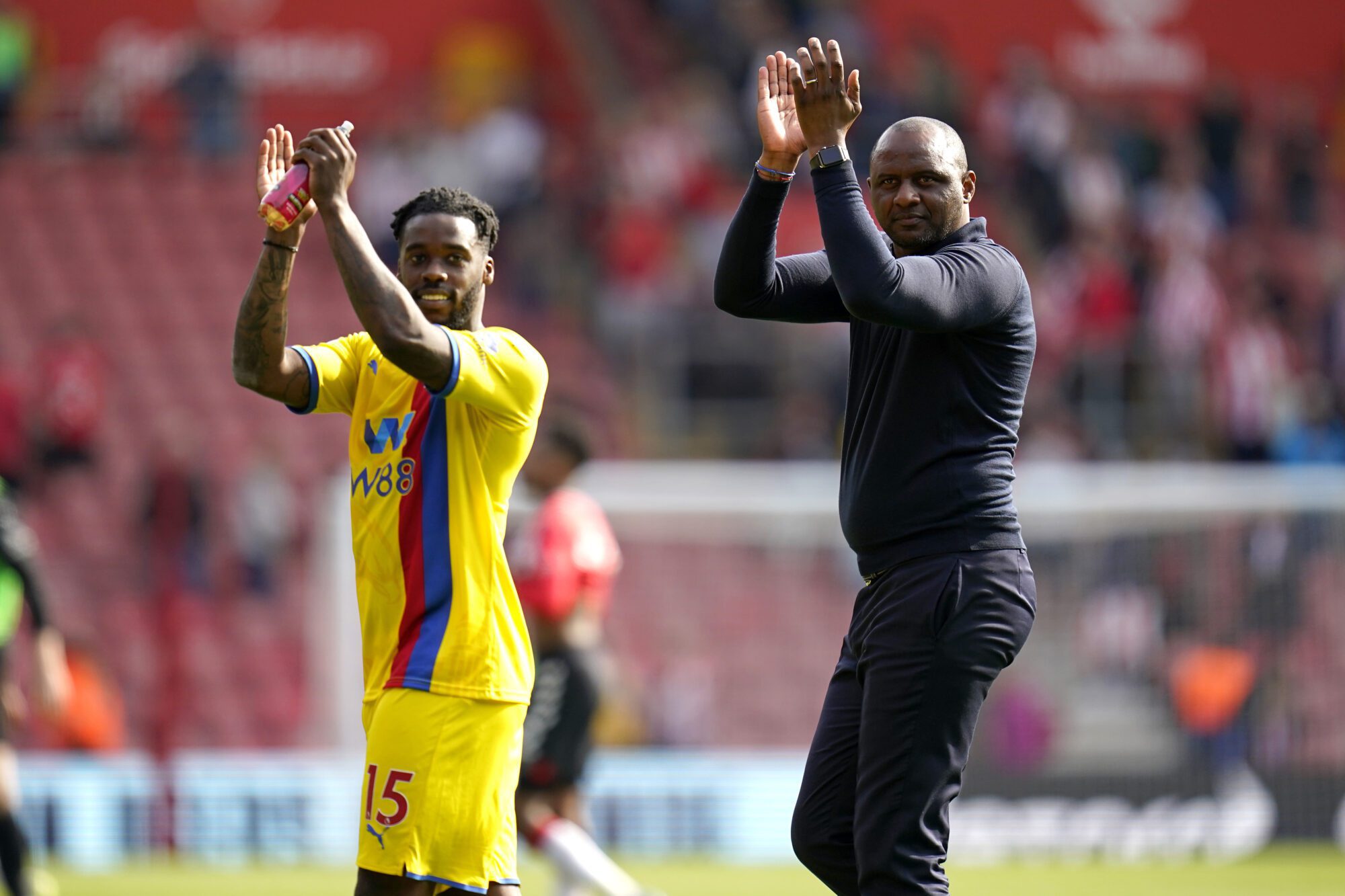 The Eagles went 1-0 down early on thanks to an unmarked Oriol Romeu slotting home a header from a James Ward-Prowse corner.

But Palace, who had started without Wilfried Zaha for just the second time in the league this season, came out all guns blazing in the second half in contrast to an underwhelming first 45 minutes where they failed to make use of their possession.

Eberechi Eze scored his first goal of the season, neatly converting Nathaniel Clyne’s deep cross first time past Fraser Forster in the 64th minute, and then in additional time Zaha, bought on as a sub in the aftermath of the equaliser, slotted home after turning powerful defender Jan Bednarek on the edge of the box.

The result was the first win in the last four Premier League games for Palace as they seek to finish in the top half of the table with four games remaining.

“At half-time in the dressing room there was a lot of positive energy because we felt that we didn’t deserve to go 1-0 down at half-time and we strongly believed there was a space for us to get back into the game and to even win it,” said Vieira.

“It was a really positive vibe in the dressing room and we wanted to go back and start in the best way possible to get into the game.

“We came back in the second half a bit more quicker in our passing, and we managed to score those two goals. The cross (for the first goal) came from the right-hand side and Ebs was in the box because we needed to have more bodies inside the box and it was a really good finish by him. Wilf held the ball, he’s quite strong, he can use his body really well. He’s got this desire to score goals, he took the chance and this is really good.

“I was really pleased with not just the character we showed, but the quality of our game, our passing, it was a really good performance away from home and that’s why I was really pleased – that we bounced back and won the game. The players really deserved those three points today because they [not only] worked hard, but worked really well.”