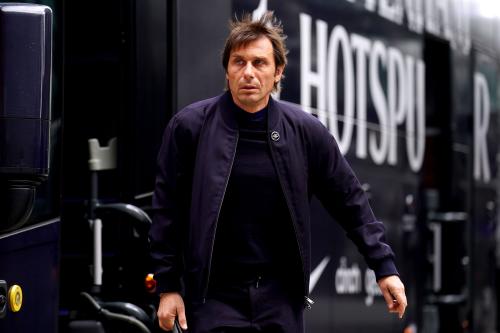 Recent reports have linked Conte to Paris Saint-Germain as uncertainty continues to grow over the future of Mauricio Pochettino.

Despite branding the rumour as nonsense, Conte will meet with Tottenham chairman Daniel Levy and managing director Fabio Paratici at the end of the season to determine the “best solution”.

The Italian manager told the media: “At the end of the season we speak with the club but with pleasure, in a really good way. To speak and try to find the best solution for everybody.

“What are our ambitions for the future? It would be very important, because I think that I deserve to try to fight for and to win trophies and to fight for something important, not for only sixth or seventh, eighth place, or if you have a fantastic season, fourth place. Only this.

“But I repeat this is my ambition and it is important to understand and fully match the ambition at the time that we need it.”

Unless Tottenham can heavily invest over the summer transfer window, it’s highly unlikely the North London outfit will become title challengers next season.

What’s more, another question mark surrounds Conte’s patience. The 52-year-old Italian has a history of short spells with clubs and is yet to take on a long-term project.

“I repeat it will be very important to understand how much time we need to fight for something important if we have the patience to wait because for sure this is a process,” added Conte, whose team currently sit fifth in the Premier League table.

“I always say to you that we need time and patience. And we have to understand how much time we need and how much patience we have.

“This is the only focus no, the focus, no? We have to understand this and to understand if we can match my opinion and club opinion.

“I repeat I am enjoying a lot to work here. I have a fantastic relationship with all the people who work here and with Daniel Levy our chairman and Fabio Paratici and for this reason it is right to at the end (of the season) to have a good meeting, a private meeting, and to try to find the best solution for everybody.” 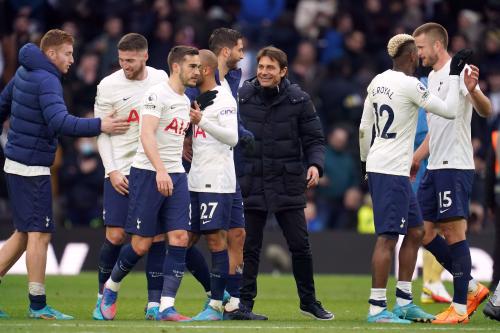 When asked about being linked to Ligue 1 champions PSG, the Italian added: “Obviously I think that it’s good that other clubs appreciate my work. This is one thing. But the truth is that I don’t like it when people try to invent news – only to speak, only to create problems.

“This is not right, not fair for me, for the clubs involved and for my players.

“But I think that also the people that want to tell something about this have to show respect for all the people involved in this situation, and not invent fake news and tell a lot of lies.

“In this situation, who works in football – players or managers – know very well that at this point of the season, a lot of fake news starts to go out.”