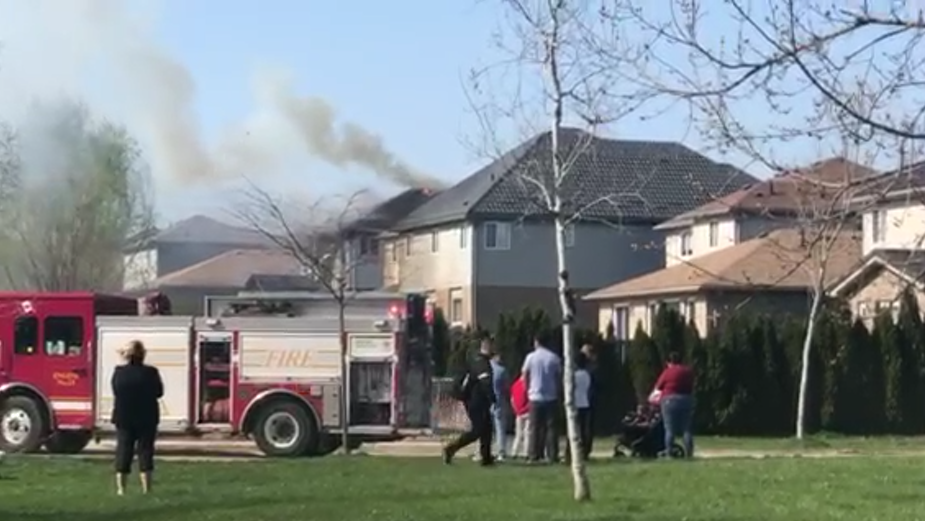 The blaze occurred at approximately 4:15 p.m. at a home on Briar Court in the north end of the city, where plumes of white smoke were seen billowing into the air.

One firefighter had to be treated at the scene, but the reason why he needed treatment was not released. He was seen moving around a short time later.

No other injuries were reported.

Fire officials say the blaze started on the back deck, where flames moved up the side of the home and into the attic.

A damage estimate has not yet been released.