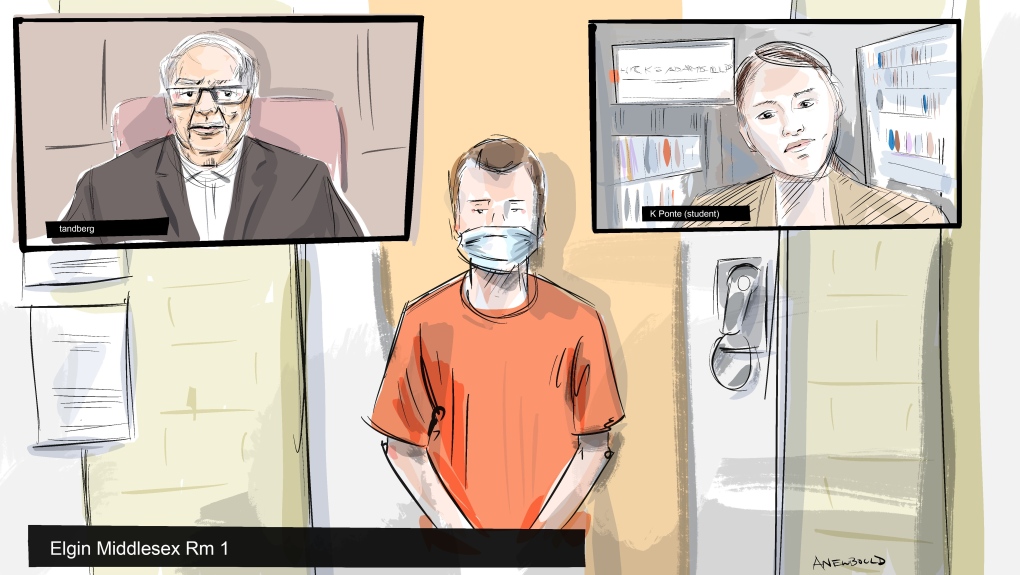 The man charged in connection with one of London’s most shocking crimes made a court appearance Wednesday.

Nathaniel Veltman, 21, is facing four counts of first degree murder and one count of attempted murder.

Five members of the Afzaal family were run over by a pick-up truck in June. The members of the Muslim community were struck while walking along Hyde Park road in west London, Ont. A nine-year-old boy was the lone survivor.

Court heard Wednesday that the case has now been adjourned until May 19.

Veltman is expected to go on trial in September of 2023.