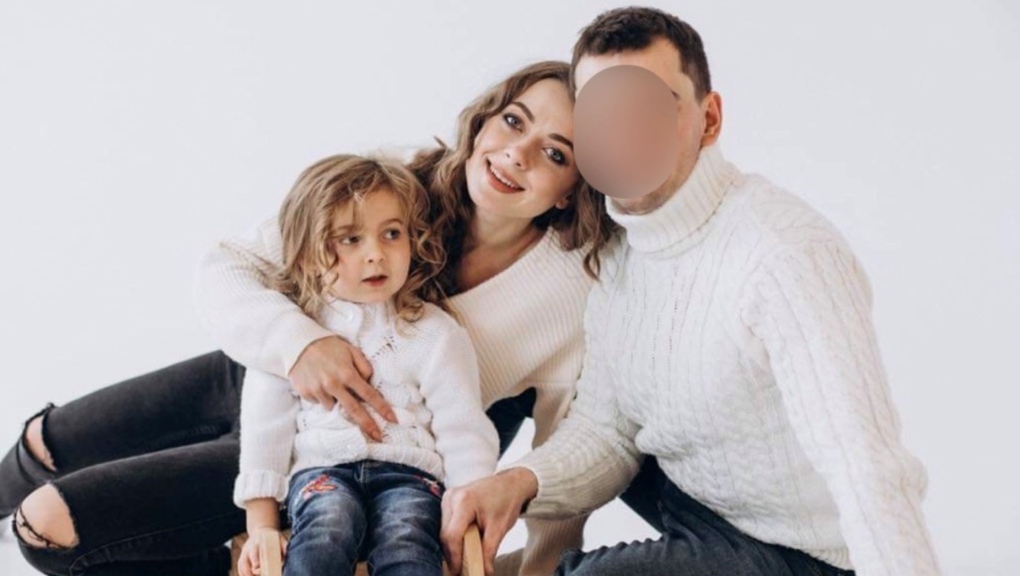 They fled war-torn Ukraine just days ago, but a mother and her young daughter have arrived in London, Ont.

“I feel completely safe now, and with my daughter, I know everything will be ok,” said Nataliia.

But she goes on to say she is heartsick with worry for her husband and her father. Both remain in Ukraine, fighting on the front lines of the war with Russia.

It’s a heart-breaking reality for the family which lived in peace before the invasion.

Nataliia and her daughter Khrystyna’s path to London began abruptly on the first day of the war.

Through a translator, she recalls the terror she felt the moment a missile struck an airport near her home.

“So, they heard the explosion and her husband immediately started packing suitcases for her and their daughter to leave immediately,” said the translator.

The path to escape would take Nataliia and Khrystyna through the war zone and into Romania.The family before the war. CTV News has blurred the face of Nataliia’s husband and Khrystyna’s father to protect his identity. (Source: Submitted)

They stayed there for several weeks, before returning through Ukraine to get to Poland and onto Canada.

During their trek, they were forced to seek cover in bomb shelters as air raid sirens wailed.

Nataliia states her daughter remains traumatized by the experience and has developed an eye twitch.

Still, she says in Khrystyna’s four-year-old mind, she holds the belief her father and others will save Ukraine.

“Bad guys go to our country, and daddy protects us from them,” she said.

And as Daddy fights, his wife and daughter remain safe in London, thanks to sponsors and the London Ukrainian Centre. It has aided at least three-dozen new arrivals in the last few weeks. 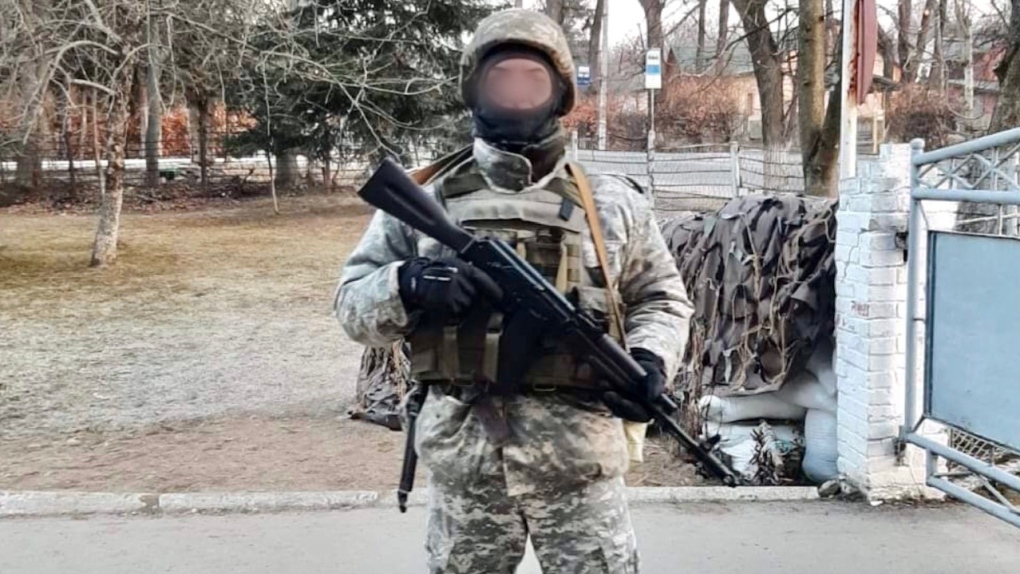 Nataliia’s husband and Khrystyna’s father is seen in service with the Ukrainian army in this undated photo. CTV News has blurred his face to protect his identity. (Source: Submitted)

Most are too shaken to share their stories, but Nataliia wanted Londoners to know their efforts are making a difference.

Still, Nataliia yearns for an end to hostilities so she and Khrystyna can return home.

“As soon as possible”, she states through a voice broken with emotion.

Her arrival comes as the London Ukrainian Centre prepares to host its largest fundraising event to date.

The afternoon of music and dance starts Saturday at 1 p.m.