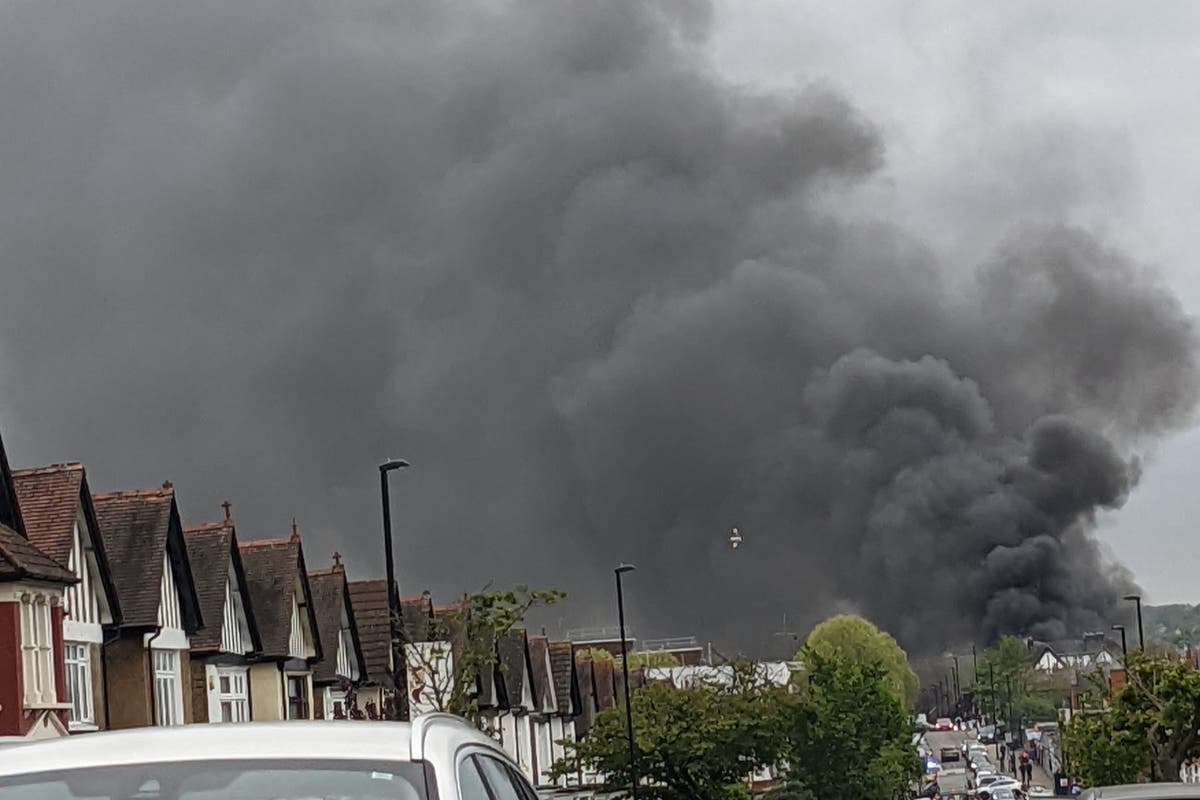 fire broke out in a row of shops and flats in Bellingham, south London on Wednesday.

Shop owners and residents were evacuated from the high street due to the blaze which saw an outbuildign and van destroyed.

Firefighters were called at 5.07pm but brought the blaze udner control by 6.27pm.

An earlier video posted on Twitter showed a plume of smoke coming from the blaze, with the witness describing it as a “massive fire”.

Mazhar Bhatti, who works in Bellingham Dry Cleaners & Tailor in Randlesdown Road, previously said: “People were calling us to get out. When I saw the smoke it was huge. It looked like my roof was on fire too.

“Firefighters are doing a good job but they can’t go into the building because there are big fridge freezers full of gas and there could be an explosion.

“It’s a very scary situation. I’m scared for my neighbours if there are kids still sleeping up there. I saw the woman living upstairs she’s crying. We are all in the gym parking lot. All the shops have been evacuated.”

The London Fire Brigade has been contacted for further information.

Man, 18, rushed to hospital in ‘serious condition’ after crash in south London