Hundreds of British MPs have been hit with Russian sanctions in retaliation for the UK’s support of Ukraine, the Kremlin has announced.

A total of 287 parliamentarians are being individually targeted by Russia’s foreign ministry, Russian media reported on Tuesday.

But Putin’s officials faced global embarrassment after their hitlist turned out to be littered with errors.

It names 10 high-profile MPs who gave up or lost their seats in 2019 after quitting or having the whip withdrawn for rebelling over Brexit, including former Attorney General, Dominic Grieve, and Boris Johnson’s brother Jo.

Bizarrely, the list correctly omits many former MPs who stepped down at the same election, so there does not appear to be any point in history when it was accurate.

While Boris Johnson and 12 senior ministers were sanctioned by Russia earlier this month, the Kremlin also inexplicably left out around 350 other British MPs, the vast majority of whom have vocally condemned Putin’s invasion.

Those named are now banned from travelling to Russia and any assets they hold in the country are likely to be frozen.

Mr Johnson said they should see their inclusion as a ‘badge of honour’. 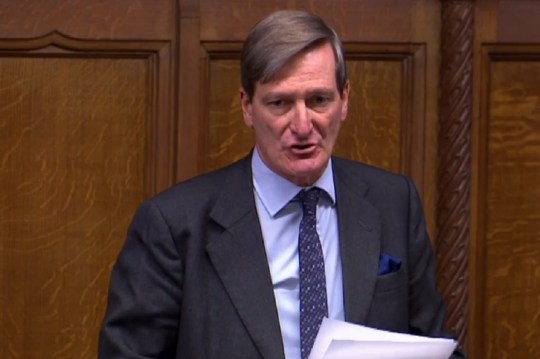 Russia’s sanctions are not expected to cause any notable disruption to their activities, not least as it is a considerably less attractive destination for investments than the UK, where much of the Russian elite has tried to stash wealth.

In a statement, Putin’s officials accused the MPs of fuelling ‘unwarranted Russophobic hysteria’.

They singled out the UK’s decision to impose similar restrictions on 386 members of Russia’s lower house of parliament on March 11.

A statement reported by state-owned Russian news agency RIA Novosti said: ‘These persons, who are now banned from entering the Russian Federation, took the most active part in the establishment of anti-Russian sanctions instruments in London, contribute to the groundless whipping up of Russophobic hysteria in the UK.

‘The hostile rhetoric and far-fetched accusations coming from the lips of British parliamentarians not only condone the hostile course of London, aimed at demonising our country and its international isolation, but are also used by opponents of a mutually respectful dialogue with Russia to undermine the foundation of bilateral cooperation.’ 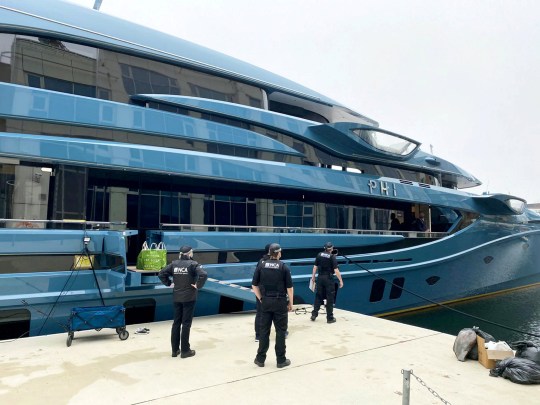 Britain’s sanctions on the Russian elite have nabbed billions in frozen assets, including a superyacht in Canary Wharf (Picture: NCA)

The move comes after Putin’s government accused the UK of ‘provoking’ Ukraine into attacks on Russian territory.

His defence ministry promised an ‘immediate’ and ‘proportional’ response.

A UK defence minister had said it was ‘not necessarily a problem’ for Ukrainian troops to use British-supplied weapons against military targets in Russia, calling recent strikes on supply lines a ‘legitimate’ part of war.

He told Sky News: ‘Nato is very much a defensive alliance – if and until threatened – if people have been wanting to join Nato that is their right.

‘And absolutely, it will be important to Nato to include them in this alliance. It will, I think, almost double the actual border line between Nato and Russia itself.

‘That is something that Russia will have to come to terms with, but we shouldn’t cede to Russian aggression and allow Russia to exploit our weaknesses, which is exactly what Putin has been doing.’