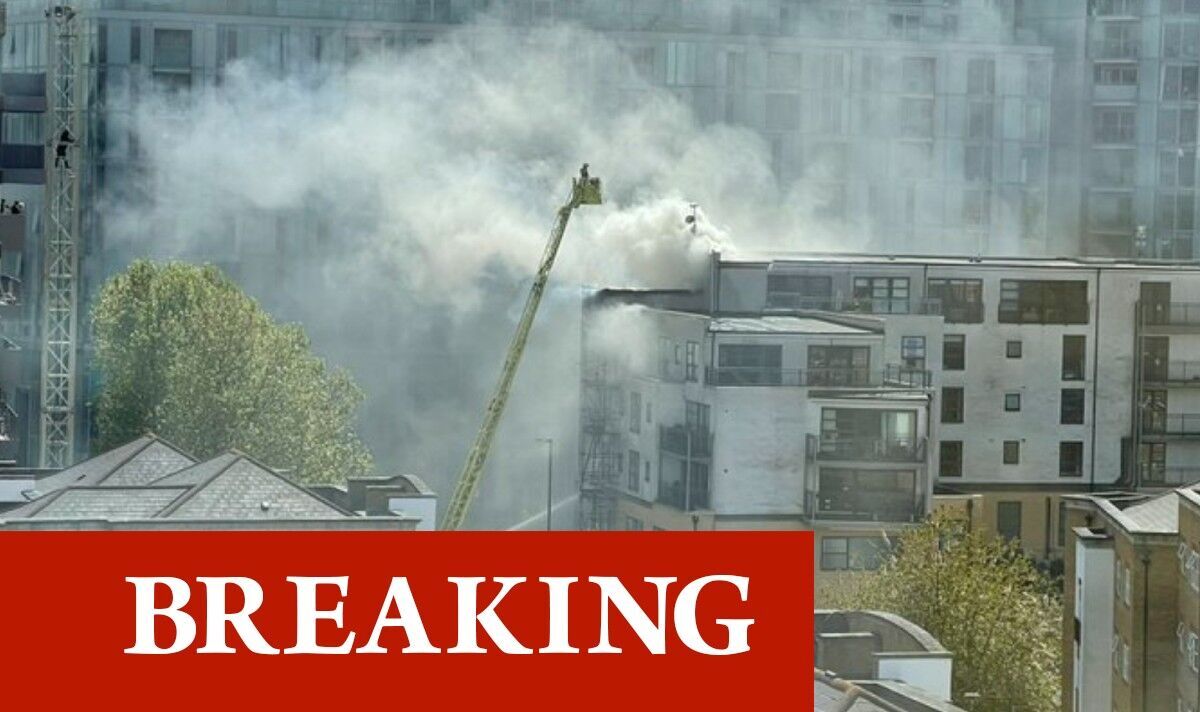 The fire broke out on the roof of a block of flats in Deptford today, on April 26. London Fire Brigade (LFB) was called out shortly after 1pm and send fifteen fire engines to deal with the flames.

There are no reports of injuries, with residents understood to have left the premises before coming into direct danger.

The blaze affected a block of flats on Creek Road, on the south bank of the River Thames.

While work was underway to put out the flames, LFB released a statement detailing the timeline of the fire.

It said: “15 fire engines and around 100 firefighters are dealing with a fire on the roof of a block of flats on Creek Road in Deptford.

“Around 13 people left the building before the Brigade arrived.

“There have been no reports of any injuries.”

“Fire crews from Deptford and surrounding fire stations are at the scene.”

The cause of the fire remains unknown at this time.

“We’ve increased the number of fire engines because of the need for more firefighters in breathing apparatus.

“There is a lot of smoke from the incident and we’d ask local residents to close their doors and windows.”

Community journalist Darryl Chamberlain added in a post on Twitter that while passing through Deptford on the train there was “*lots* of smoke”.