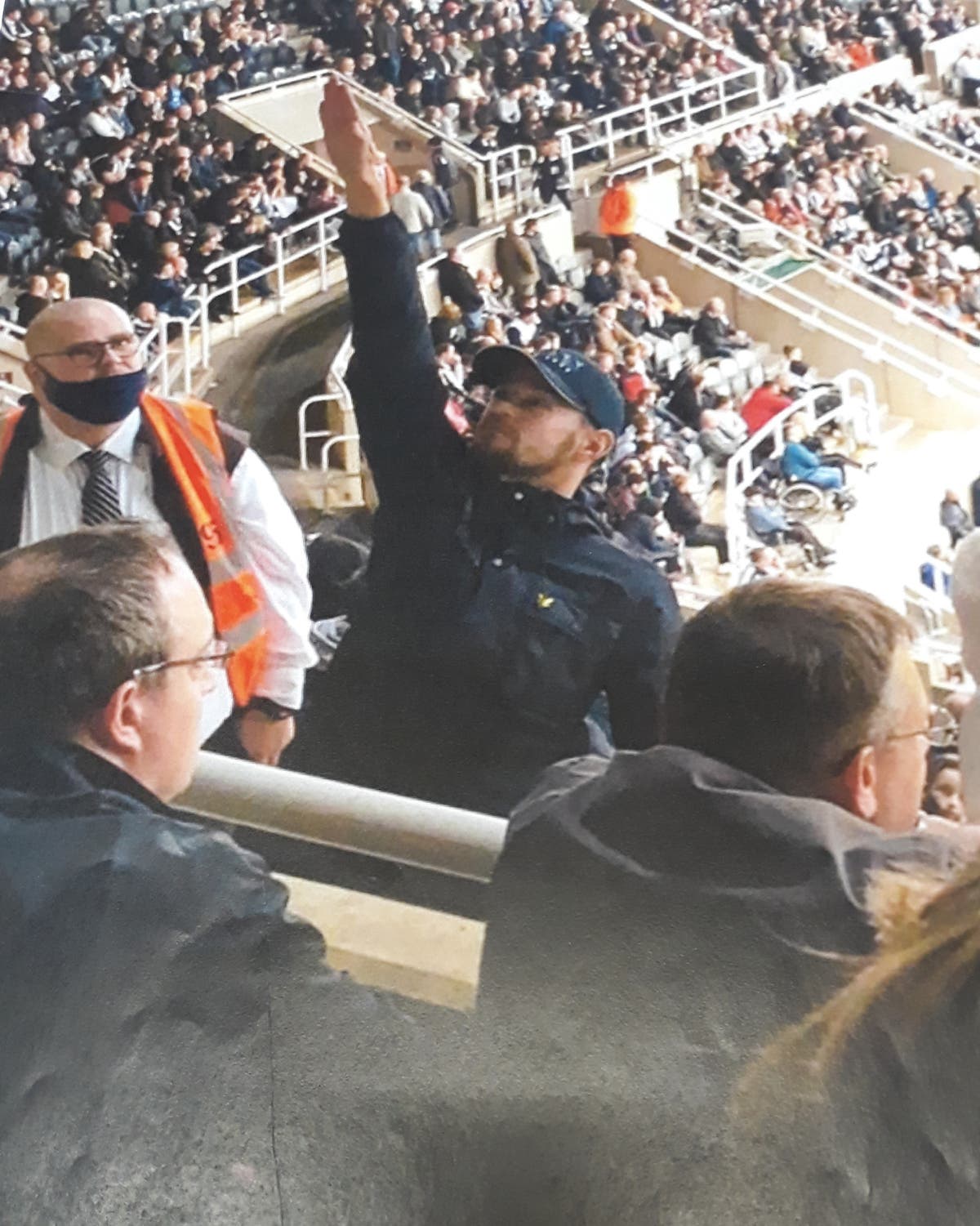 football supporter who made a Nazi gesture towards Spurs fans has been ordered to pay more than £300 and could be banned from going to games.

The club received a number of complaints during the game after a man was seen raising his right arm towards the north London club’s fans in the away section, Newcastle Magistrates’ Court was told.

Rehana Haque, prosecuting, said the former Royal Engineer later told police he had been waving to someone in the crowd.

She told the court that after Asher was challenged by a steward in the stadium, “his face dropped and he quickly ran off towards the exit”.

An image of the incident was shared by police and Asher, of Gibside View, Winlaton, Gateshead, handed himself in to police.

During an interview with officers, Asher initially denied the offence but later wept and said he felt ashamed.

Mrs Haque said a woman in the home crowd saw a man perform a Nazi salute with his finger over his mouth to make a moustache and heard him say he wanted to fight Tottenham fans.

The prosecution read out a victim statement from a Spurs supporter who said the gesture was clearly intended to harass fans of the club which is known to have a strong Jewish support, adding: “It is an incredibly offensive reminder of what humanity is capable of.”

Alanna Wesencraft, defending, said it was an isolated incident.

Asher had received a medical discharge from the Royal Engineers as a result of a traumatic experience and had ongoing mental health issues, she said.

Ms Wesencraft said he got swept up in what was happening in the game and knew he had acted inappropriately.

Northumbria Police will apply for a football banning order, which the defendant opposes, and the issue will be back in court in July.

He was bailed to stay away from sporting venues in England and Wales in the meantime.

Andrew Waters, the Crown Prosecution Service’s North East lead for football, said: “The actions of Shay Asher on that day were condemned, rightly, by supporters of both teams.”

The CPS said it was tackling hate crimes in football which were on the rise.

Douglas Mackay, national lead prosecutor for sport, said: “At the CPS, we play a crucial role in tackling these crimes and making our national sport inclusive and safe to watch.

“There is no place for hate in football, and hate crimes such as this have a significant impact on victims.”