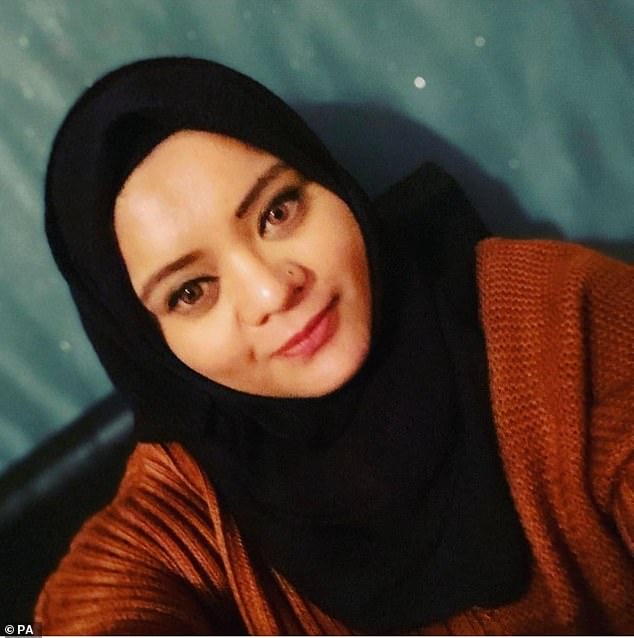 A 40-year-old man has been arrested after a mother-of-two was stabbed to death in Bethnal Green, London, while her children were at school, Scotland Yard said.

Formal identification of the woman’s body has not yet taken place but detectives believe the victim is 40-year-old Yasmin Begum.

Her family has been informed and are being supported by specially trained officers.

A post-mortem examination carried out on Saturday established the cause of her death as multiple sharp force injuries.

The man, who was arrested on Sunday, remains in police custody.

The victim was found by police at her home in Bethnal Green, east London at 4.05pm on Thursday.

The alert was raised after the 40-year-old woman had failed to pick up her two sons from school that afternoon.

A 40-year-old man has been arrested after Yasmin Begum, a mother-of-two was stabbed to death in Bethnal Green, London, while her children were at school, Scotland Yard said 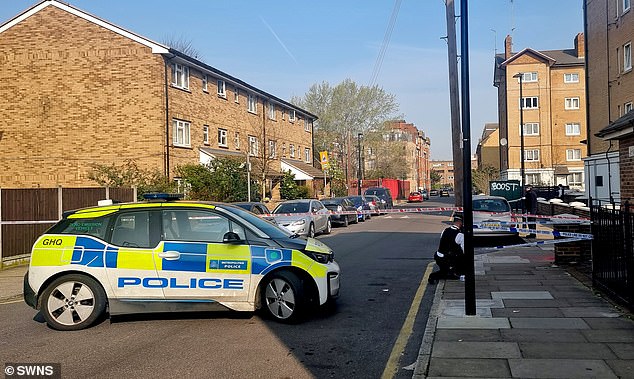 Ms Begum had dropped her children to the Bangabandhu Primary School on Thursday morning and was due to pick them up that afternoon.

Teachers became concerned when the woman failed to collect her children and called the police who went to the woman’s home on Globe Road.

Police found Ms Begum inside the property but she was declared dead at the scene after suffering a number of stab wounds.

Detective Chief Inspector Laurence Smith, leading the investigation, said: ‘My thoughts are with Yasmin’s family and friends at this incredibly difficult time.

‘I want to reassure them that we are working around the clock to get them the answers they deserve.

‘It is heart-breaking that yet another woman has been killed. All women and girls have the right to feel safe, at any time, day or night, in public or at home, and we will do everything we can to find those responsible for this. 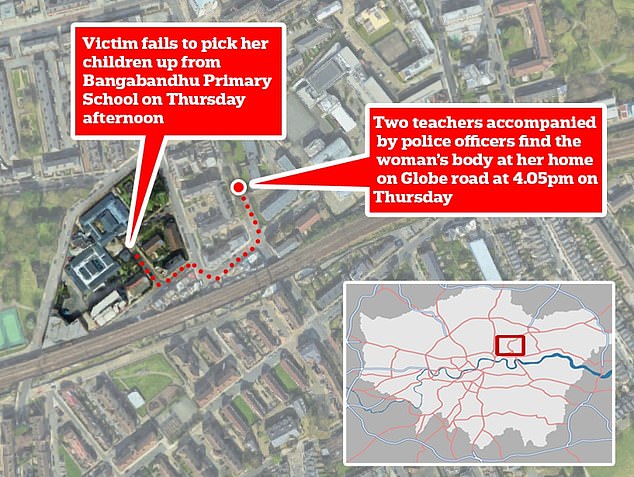 ‘Tackling violence against woman is one of the Met’s top priorities. Police officers, including forensic specialists, remain at the scene.

‘We will continue to carry out door-to-door enquiries and local people will also see additional police in the area. We are appealing for any witnesses, or anyone with any information, to contact us.

‘No matter how insignificant you think your information might be, please don’t hesitate to get in touch. It could be key to this investigation.’

Neighbours said one of the boys was in reception class while the elder son was in Year 5.

One friend described Ms Begum as ‘full of life’ and a ‘fantastic mother’.

He told MyLondon: ‘I haven’t seen a mother like that. Fantastic mother – I would not doubt that for a second. She’s teaching them privately online lessons – investing in them big time.’

The friend, who couldn’t believe the tragic news, added that the mother was a ‘very outgoing and spontaneous person’, who would ‘go try anything’ and ‘had a big heart’.

A neighbour, 67, said: ‘I know she was supposed to pick up her children, two young boys, from the local school but did not come so they raised the alarm. 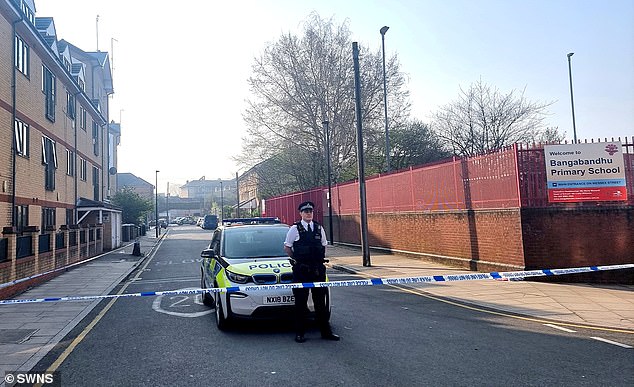 ‘The two teachers came over here with the officers when they crashed through the door.

‘She has lived here for 10 years. She was a nice lady and we never had any problems.

‘I know she had a partner, and an ex-partner who visited sometimes.

‘We’re in complete shock because things like that do not happen around here.’

A father of four, who has two children who are classmates with the woman’s kids, said: ‘I saw two teachers from the school knocking on the door with no answer. They were trying to get a response.

‘Later the officers, with the teachers, came to knock the door down. I’ve got a deep sadness in my heart because you hear of what happened.

‘My kids, who are classmates, are very worried about their friends. 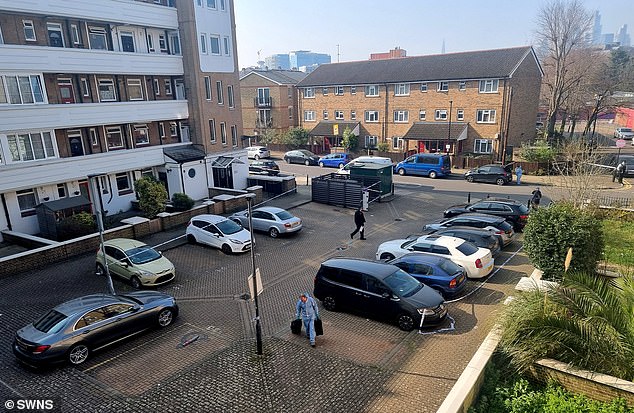 Ysmin Begum, 40, a mother of two, was found dead at her home in Bethnal Green (pictured), east London on Thursday afternoon after she failed to pick up her two sons from school

‘They’re worried about her friend about what’s happening to the boy, he must be crying, very very upset, who have lost their mother.’

A woman, 42, said: ‘My kids are older so I don’t really talk to her but I know she lived her for a long time.

‘I heard that the school was concerned after she didn’t pick up her children.

‘As far as I know she was a very lovely woman. No one deserves for anything like this to happen.’

A neighbour, who did not wish to be identified, said ‘You just think about those little kids of hers. It’s just so sad. It’s a terrible thing. Your mum takes you to school and then you never see her again.’

Another local resident, who also wished to remain anonymous, said: ‘It’s so messed up. I feel scared. It’s bad as it is a women – you’re scared for your own safety too. It’s so bizarre happening in her own home.

‘It’s very unsettling, the kids are tiny, they’ve got no mum. Who could be so cruel.’

One woman whose children attended the same school as the victim’s children cried as she said: ‘I’m a mother. So sad, I am so sad.’

Scotland Yard has appealed for anyone with information of the crime to come forward by calling 101 citing the reference number CAD 4738/24Mar.

Anyone who wishes to remain anonymous can contact independent charity Crimestoppers on 0800 555 111.

Prime London prices up by 114 percent as high-end buy…