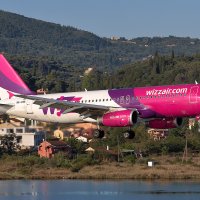 The new seasonal route to the southern coastal city in Croatia will launch July 4. LTN is situated 28 miles north of the UK capital and is a major base for LCCs and charter operators.

Hungary-based Wizz Air will serve the route 4X-weekly. The Croatian city, with its medieval fortress walls, is a popular tourist attraction.

Wizz, together with its local subsidiary Wizz Air UK, has steadily increased its presence at LTN and is now the largest operator there. Earlier this month, it acquired two additional LTN daily slot pairs from Spanish LCC Vueling. Wizz has had a base at LTN since 2017.

As a result, the airline has announced it will increase frequencies from Luton to five Romanian cities: Bacau (BCM), Craiova (CRA), Iasi (IAS), Sibiu (SBZ) and Timisoara (TSR). Wizz will also open a route between LTN and Wroclaw (WRO) in Poland from May 11.

One COVID death and 73 new cases in Middlesex-London