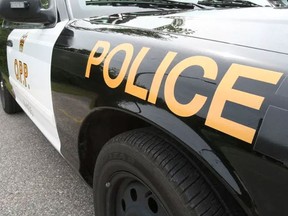 Two days later, officers spotted the vehicle at a home on Rivers Road in South West Oxford, where an all-terrain vehicle had been stolen but was recovered nearby.

A few hours later, the same vehicle was seen at a business complex on Wellington Road in London and officers arrested the occupants.

The vehicle had been reported stolen in Ingersoll and had licence plates stolen from a vehicle in London, police said. Officers seized a shotgun and stolen property, police said.

A 35-year-old man and a 22-year-old London woman are charged with multiple offences, including unauthorized possession of a firearm, possession of property obtained by crime, breaking and entering, and theft under $5,000.

The man has been the suspect in property crimes, breaking and entering and vehicle thefts across several jurisdictions, police said.