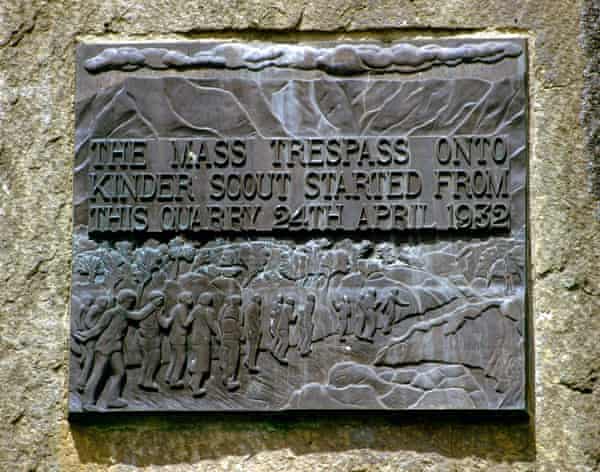 At 2pm on 24 April 1932, hundreds of rebellious ramblers descended on Kinder Scout, Derbyshire’s highest point, to “take action to open up the fine country at present denied us”.

Six people were arrested at what became known as the Kinder mass trespass, which established the principle of open access land and laid the foundations for the UK’s first national park, the Peak District.

At noon this Sunday, exactly 90 years on from that historic victory, a group of swimmers from across the north of England plan to plunge into Kinder reservoir for what they describe as “an act of defiance against widespread lack of undisputed access to inland open water in England and Wales, and the disconnect this causes between people, water, and each other”.

All are welcome at the mass swimming trespass, whether for a paddle or a leisurely swim; in a cossie, a wetsuit or even birthday suit. But with water temperatures unlikely to be much above 10C – a swimming pool is usually heated to 26-28C – caution is advised for anyone planning to take part.

The Manchester Guardian had a correspondent booted up for the original mass trespass. They reported a “brief but vigorous hand-to-hand struggle” with a series of gamekeepers employed by the wealthy landowners, who tried and failed to stop the walkers asserting their right to roam.

One of the organisers of the Kinder “swimpass”, who asked not to be named, said they were not expecting arrests, nor tussles with anyone employed by United Utilities, which owns the reservoir.

Though the firm operates a blanket no-swimming ban, and last year blamed wetsuited wild swimmers for setting a bad example to novices, the laws around reservoir access in England and Wales are disputed and rarely, if ever, get tested in the courts.

According to the Open Water Swimming Society (OSS), “There is a strong argument based on detailed research by many organisations and campaigns that there is a ‘public right of navigation’ on all rivers that can be navigated by any sort of boat, and therefore a right to swim.”

Despite this, United Utilities and other companies have in recent years employed security guards in hi-vis tabards to order swimmers out of the water and to scare would-be dippers away.

The OSS argues that water companies have a statutory duty to provide recreational access to waterways, not just for angling and dog walking but also swimming. In Scotland, swimmers have since 2003 enjoyed a right to swim freely in almost all Scottish reservoirs.

Sunday’s swimming trespassers will be cheered on from afar by Catherine West MP, chair of the all-party parliamentary group on swimming.

“I think as an awareness-raising campaign it sounds like a good way of getting everybody to take more note of how clean or otherwise the waterways are, and also of campaigning for constant improvements to our outdoor swimming opportunities,” said West, who swims regularly at Hampstead ponds near her north London constituency.

She wants to see better swimming education for children so that they grow into adults who understand the risks of swimming in open water. People choosing to swim outdoors, who are not under the influence of alcohol and do not jump in, make up a small fraction of UK drownings, the OSS notes. 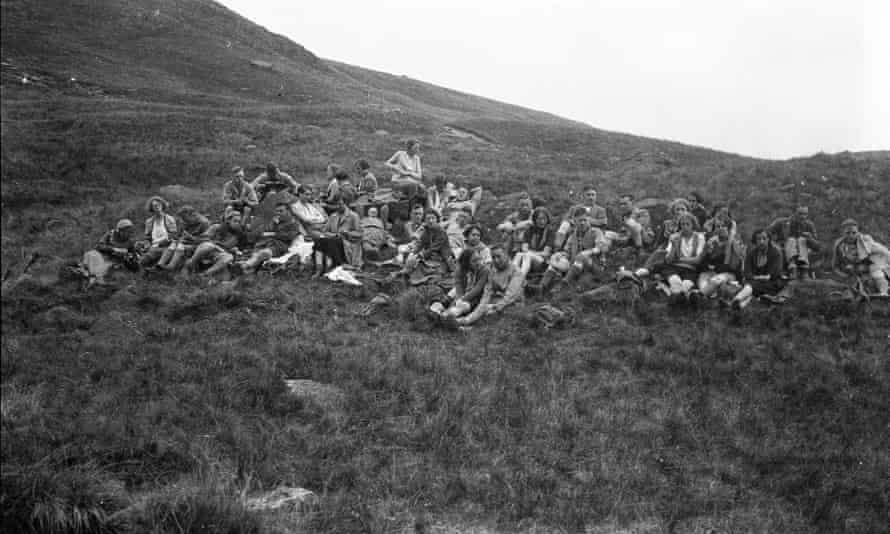 One of the organisers of Sunday’s Kinder swim said they were optimistic that the narrative was changing around access to open water after more people discovered the endorphin highs of wild swimming during Covid.

“It’s 90 years since the trespass that triggered a series of events that led to us having the right to roam freely, off the footpath. It opened up the huge landscapes to people from industrial cities, enabling workers from Sheffield and Manchester in particular to come out and get fresh air and all the benefits of getting up high on the hill and enjoying the countryside,” they said. “The benefits of open water are very similar.”

Covid, they added, had “opened the floodgates” as more people had discovered “this untapped resource on the doorstep of millions of people”.

A503 Camden Road southbound cleared after being blocked – latest updates