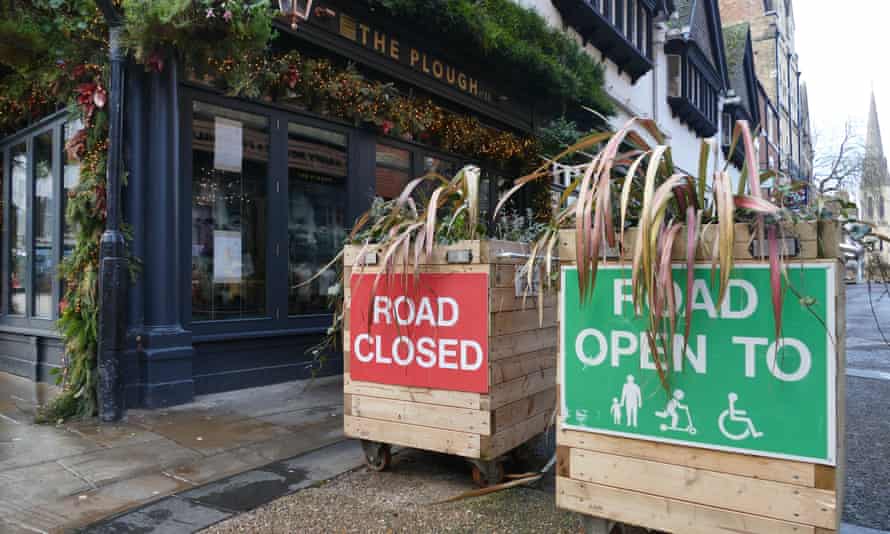 Sadiea Mustafa-Awan, an Oxford solicitor, spent years as a Labour member, including a decade working for one of the party’s MPs. But on 5 May she will stand for election with the express intention of removing a Labour councillor. Why? It’s all about traffic.

“I just felt that Labour are not listening to residents,” Mustafa-Awan says. “Someone needs to tell them to think again. That’s what I’m trying to do.”

There will be many subplots in next month’s local elections, held in various forms across the UK, not least whether a bad Conservative result could spell trouble for Boris Johnson. But few will be as bitterly argued over as low-traffic neighbourhoods, or LTNs.

Mustafa-Awan is standing as an independent in her home ward of Littlemore, a couple of miles south-east of Oxford’s centre, hoping to persuade the ruling Labour group to remove an LTN put in place a year ago.

LTNs, which use either fixed obstacles such as planters and bollards, or cameras to limit through-traffic along smaller residential streets, with cyclists and pedestrians passing as normal, have been used intermittently in the UK for decades, and are widely seen in some other countries.

But a more widespread rollout amid efforts to boost bike and pedestrian travel during Covid has prompted an anguished and sometimes bitter debate about their fairness and effectiveness, or otherwise, coupled with some complaints about a perceived lack of consultation.

It will particularly be a local election issue in London, where a series of LTNs have sprung up, and in some cases been removed. But as well as Oxford, LTNs and associated rows over bike lanes are factors in places including Edinburgh, Birmingham and Bath.

The Labour-run Oxfordshire county council says it has made some changes after consultation, and a final decision on the scheme will come next year.

Mustafa-Awan is standing for the city council, which is not responsible for the LTN. But she says if she succeeds in ousting a Labour city councillor it will put wider pressure on the party. “I’m not against all LTNs as a matter of principle,” she says. “I’m against the ones in Littlemore because I don’t believe they work for the residents.”

A low-traffic neighbourhood in the centre of Oxford, England. Photograph: Geoffrey Swaine/Rex/Shutterstock

The rise of such single-issue politics is notable for a series of reasons. The first is how it reflects wider dissatisfaction about dominant ruling groups, especially in inner London, where many councils are de facto one-party Labour states.

Another is how, in the heat of a local election battle, national policy platforms can be jettisoned. All three main English parties notionally support efforts to boost cycling, while the LTN policy is led by Downing Street. But a significant number of Conservative candidates, plus quite a few Liberal Democrats and even some Labour groups are standing on anti-LTN platforms.

Jordan Redshaw, a Tory activist and a member of the Conservative Friends of Cycling, has produced a guide for the party’s candidates explaining why they should support LTNs and cycle lanes, but concedes it is an uphill battle.

“We have no complaints about the central policy, but at a local level there is a pretty big disconnect,” he says. “I’m not even sure that some Conservative councillors are aware of the government’s pro-cycling stance.”

Finally, the debate demonstrates a long-known fact about local politics: whether LTNs, or earlier rows about bike lanes and parking zones, some voters take policies that affect their driving very, very personally.

Tony Travers, professor of politics at LSE, recounts how a London council held an ambitious, months-long consultation on the future of the borough and was delighted to get 2,200 responses. He adds: “Just afterwards there was a minor change to the parking rules in one area. It produced 3,500 public contacts, unsolicited.”

Travers explains: “There’s this embedded issue, connected to traffic engineers and many councillors, who believe in getting away from cars and congestion and pollution.

“They want cycling and pedestrians given priority. And people say, yes, of course we do want all this, but we don’t want it to affect our capacity to get about. It’s a perfectly respectable position to hold in a democracy. Politicians volunteer to square off these conflicts. That’s what they are there for.” 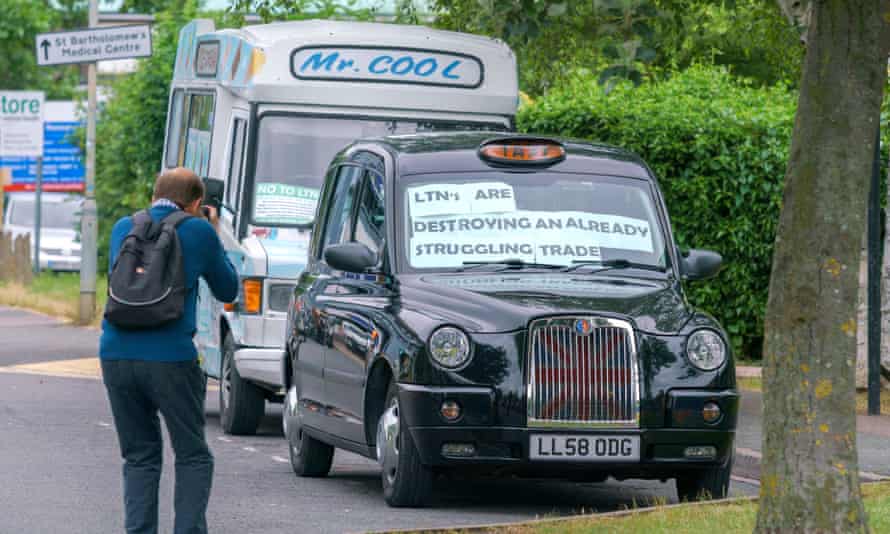 It can, nonetheless, be an uncomfortable experience for some councillors, not least in gauging how unpopular, or not, an LTN scheme might be. “A lot of the debate about LTNs gets amplified by social media, meaning the siren voices go a long way,” said one north London councillor whose borough has introduced such schemes.

“All this means it can be hard to know what people believe, unless you actually ask them. I was canvassing the other day inside an LTN, and a woman told me: ‘I assume I’m in a minority, but I actually like it.’ The people in the next five houses then said the same thing.”

Some proof will come on 5 May, albeit with caveats. An independent like Mustafa-Awan has an inbuilt campaigning disadvantage battling an incumbent councillor from a big party.

She is nonetheless bullish about her chances of removing the sitting Labour councillor: “This is a car-dependent area, and effectively we are cut off from the rest of the city. We need to send a message.”

A503 Camden Road southbound cleared after being blocked – latest updates