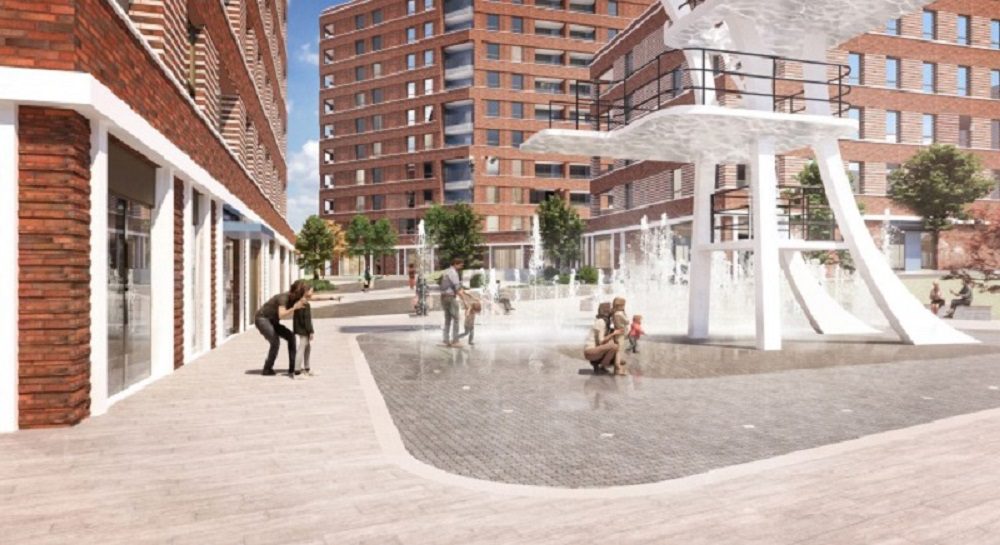 A 10-storey block of flats could soon be built at the old Purley Way Lido – alongside the old diving board which will remain on the new development.

The lido closed in 1979 and was replaced by the Wyevale Garden Centre until December 2018.

Bellway Homes announced it had bought the site in early 2021 and the developer has now submitted a planning application to Croydon council to build 180 new homes.

The development 89 Waddon Way, off Purley Way, is being called “The Platform” by Bellway.

If approved, the old diving board will sit at the centre of the new development.

The diving board remains intact despite the demolition of the lido and was given listed status in 2013.

The plans include a mix of houses and flats and 65 of the 180 homes would be offered at affordable rent or buy. It includes 91 parking spaces and more than 350 bicycle parking spaces.

Flats would be built across five blocks and a row of three-storey town houses will face onto Waddon Way.

The planning application said a public space at the centre of the development would be called and a drawing of the area shows it would be surrounded by a water feature.

The authority is expected to make a decision by June 14.

Pictured top: An artist’s impression of what the development would look like