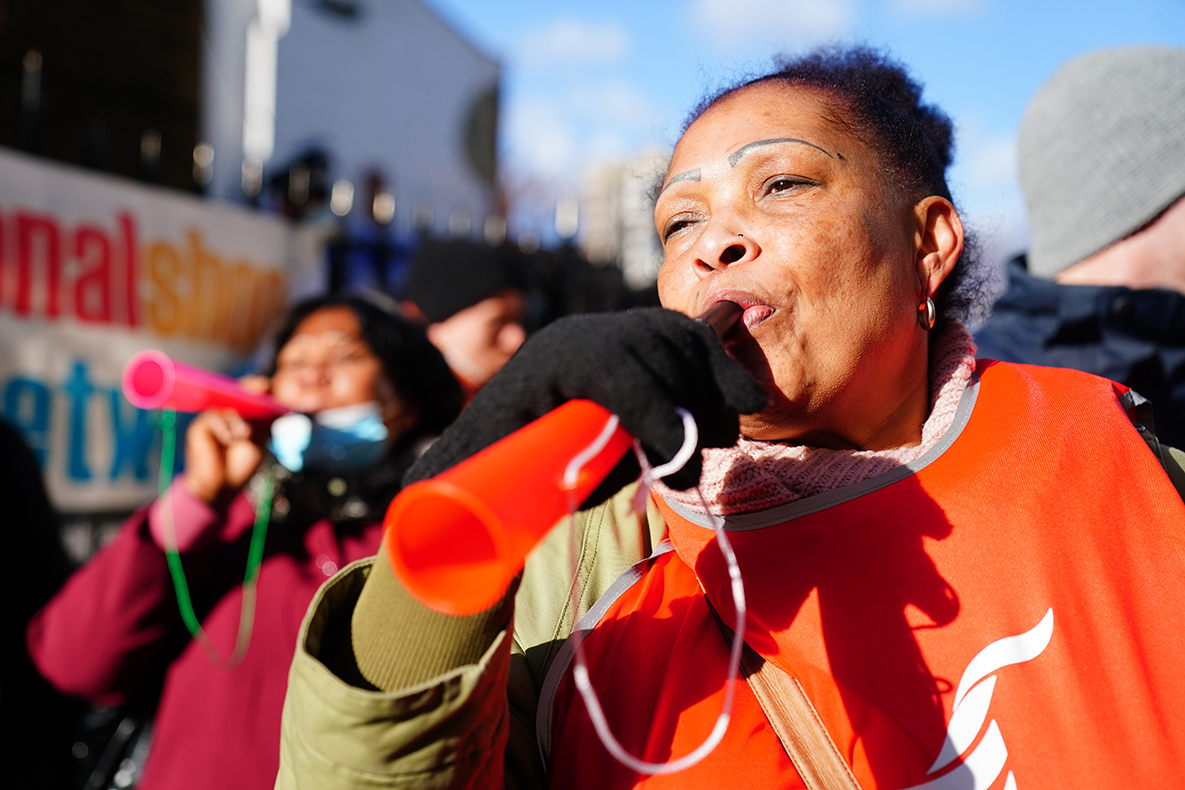 PORTERS, domestics and hostesses across south London hospitals are set for a wave of industrial action to protect services from “eye-watering” cuts.

The GMB members, based at St George’s Hospital in Tooting and Queen Mary’s Hospital in Roehampton, are angry over their low pay and proposed changes to their contracts.

GMB regional organiser Helen O’Connor said: “At Queen Mary’s Sodexo is making eye-watering cuts, while Mitie continues to weaken the pay, terms and conditions of domestics and hostesses in St George’s Hospital at every single opportunity.

“It is staggering these vital staffing groups are being undermined by private operators with Covid-19 on the rise.

“GMB members don’t want to be forced to take strike action, so are calling on St George’s NHS to open their eyes and examine what is going on right under their noses.”

The process for calling an industrial action ballots will begin immediately, with a view to strike action taking place in June.

A St George’s spokesperson said: “Mitie staff are hugely valued and are a key part of our team. We have not had any official notification of any action following a ballot, however we are assured by Mitie that changes to staff pay cycle have been communicated and discussed with teams, and they continue to work with their staff side representatives to discuss and resolve any issues.”

No end to public transport woes in the suburbs | Letters