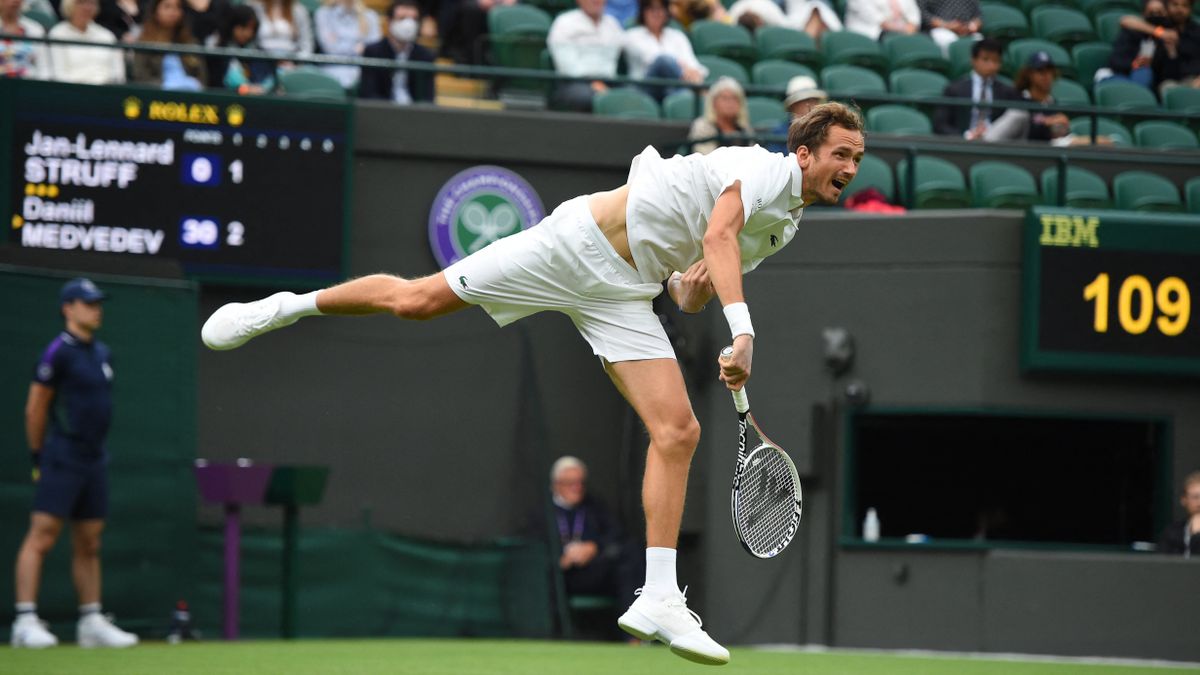 It’s unclear if the ban will apply equally to Belarusian athletes, who have also been barred from recent athletic competitions because of the government’s close ties to Russia. Russian and Belarusian athletes have been allowed to keep competing, but have been barred from doing so under their country’s name or flag. The ATP and WTA also suspended a combined event planned for Moscow in October. The French Open, the next Grand Slam on the calendar, reportedly has no plans to prevent Russians or Belarusians from playing next month.

In addition to Medvedev, who spent some time earlier this year as the world’s top-ranked man, there are three other Russian men in the top 100–Andrey Rublev (No. 8), Karen Khachanov (No. 26), and Aslan Karatsev (No. 30). The women’s rankings have eight, including No. 15 Anastasia Pavlyuchenkova and No. 26 Daria Kasatkina. There are a handful of other highly-ranked female Belarusians, including No. 4 Aryna Sabalenka and No. 18 Victoria Azarenka, a two-time Grand Slam winner.