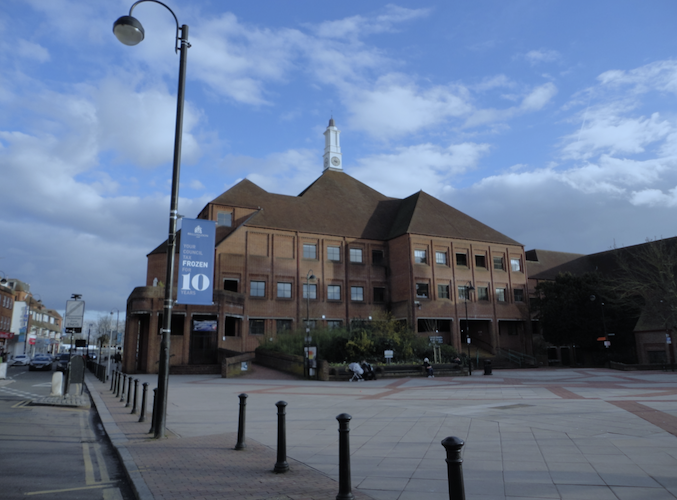 Labour’s principal targets in the London borough elections are Barnet and Wandsworth, where the Conservatives had relatively small majorities in 2018. But Labour’s recent large opinion poll leads  have caused people to wonder whether more ambitious targets might be within range.

What of Hillingdon, one of the capital’s more enigmatic boroughs? Its civic leadership and style of government has tended to the stable, even boring. It was led by Conservative Ray Puddifoot from 2000 until 2021, one of the longest continuous periods of leadership for any London borough. His successor Ian Edwards is in the hot seat now.

Hillingdon lies along the edge of west and north west London, taller on the map than it is wide and crossing numerous radial routes out of London, including the HS2 route which is being carved through West Ruislip. The borough combines several areas which have relatively little to do with each other, from the very affluent suburb of Northwood on the edge of Hertfordshire to the working-class south Asian neighbourhoods of Hayes and Harlington, just north of Heathrow airport.

Like much of suburban north London, even the affluent areas are ethnically diverse – Northwood was 35 per cent BAME in 2011 and is probably over 50 per cent now. Electorally, Hillingdon consists of a safe Labour area in the south east around Hayes, a safe Conservative area in the north around Ruislip and Northwood, and a mixture of moderately safe Conservative and marginal wards in the middle and west of the borough around Uxbridge.

Heathrow is Hillingdon’s principal feature. The airport contributes jobs and accessibility, and is the golden goose whose eggs make up a large proportion of Hillingdon’s business rates. But it is also a source of constant noise and pollution. An all-postal referendum held by the council in 2017 that found two-thirds of residents who voted (on a 39 per cent turnout) wanted neither a third runway nor more flights, and the local political view is that the airport is at best tolerated, at worst soundly disliked. Hillingdon Council as whole, regardless of party, has been opposed to Heathrow expansion and took the government’s airports national policy statement to the courts in 2020.

The Conservatives retained control in 2018 winning 44 of the 65 seats and increasing their majority over Labour by two. This year, boundary revisions have reduced the number of wards in Hillingdon from 22 to 21 and the number of seats by no less than 12, from 65 to 53.

Labour’s Hayes stronghold now consists of the wards of Belmore, Yeading, Wood End, Hayes Town and Pinkwell, which will return 14 councillors between them. This area has been Labour without exception since 1986.

To the south and west of Hayes, around Heathrow, are two wards that are more marginal but usually in the Labour column. West Drayton ward is always close-fought, with a Labour majority of 94 votes over the best-placed Conservative in 2018. Two Labour incumbents are not contesting the seat this time and the Tories are putting in some effort. Heathrow Villages ward groups together several small settlements in the shadow of the airport, including Harlington village, plus a section of West Drayton. These two wards contribute another five councillors.

At the other end of the borough, the Northwood, Eastcote, Ickenham & South Harefield and Ruislip wards of 2022 would have had mountainous Tory majorities 2018, and Ruislip Manor and Northwood Hills look only a little less solid. It is curious that the stable politics of these wards masks huge demographic changes over the years, with wealthy BAME people moving in from Harrow and Brent and whites going further out into Hertfordshire and Buckinghamshire. The Harefield Village ward has also moved to the right since a by-election there flipped control of the borough from Conservative to Labour in 1993. These wards elect 16 councillors.

The real contests are in the centre of the borough, largely overlapping with the Uxbridge & South Ruislip parliamentary constituency represented by Boris Johnson. Uxbridge town is the principal town centre of an area mostly composed of straggling suburbs and large villages that have been half-subsumed into London. The name Hillingdon itself comes from a loosely-defined village suburb east of Uxbridge. The middle group of wards, geographically and politically, also includes the poshest part of Hayes (Charville) and the most down-market area of Ruislip (South Ruislip).

The Conservatives have dominated here since 2006, and won every seat in 2018. Labour showed in the parliamentary elections of 2017 and 2019 that it can do better, but low turnout and less energetic campaigning leave them looking under-powered in local contests. Well-established councillors and a competent council administration give the Tories an advantage, although it will be harder than before to disentangle local issues from national, because Uxbridge is the PM’s seat.

Under the new boundaries the winning post for a majority is 27 seats, so Labour needs to win nine and the Tories eleven from the middle section of wards. We can start by awarding the two seats of the new ward of Hillingdon West to the Tories. Further, the Conservatives were 23 points ahead in Hillingdon East and 27 points ahead in South Ruislip in 2018, and in both cases their potential majorities are theoretically slightly boosted by the boundary changes. These wards have voted Labour in the party’s best years such as 1994, but they now look safe for the Tories.

Overall, it would take a meltdown for the Conservatives to drop below 26 seats. The size of Labour’s task is apparent when one looks at the party’s narrow path to a majority. Winning Charville, a transitional ward between working-class Hayes and middle-class Uxbridge, is absolutely essential for them. The Conservative majority of around five percentage points makes it marginal by any definition. However, it swung to the Tories in 2018 and the party successfully defended it in a by-election in May 2021, so it is possible that it is trending blue.

If Labour does bank Charville’s two seats and holds on in West Drayton, that would bring them up to 20. But despite 2018 being a good year for Labour in London, the party was 15 points adrift in Yiewsley, a somewhat villagey, white and working-class ward which used to be good territory for them. They are targeting it, focusing on protecting a park area at Yiewsley Rec from development, but would be doing well to win its two seats in 2022.

The pivotal seats are therefore Colham & Cowley and Uxbridge. The former, the three-member successor to the old Brunel ward, is influenced by Brunel University’s student vote and the inhabitants of the villages. The latter is more or less a successor to Uxbridge South, where Labour won a seat in 2014 and there is a substantial Brunel student electorate around the Isambard halls of residence. But the ward is tilted to the Tories by the inclusion of a bit of the former Uxbridge North, a plush area between Uxbridge centre and the A40.

Labour would need to win all six of the seats in these two wards to secure a majority in Hillingdon. But both of them voted Conservative by 15-20 points in 2018. If just one Tory is returned in a split decision in these wards, it’s game over for Labour

Hillingdon is overwhelmingly a two-party borough. The last time anyone else won a seat there was in 2006, and that is not set to be repeated in 2022. Third parties and Independents can break long-standing electoral patterns, but that is not happening in Hillingdon. These facts considered, it seems very unlikely that the Conservatives are about to lose control.

We wouldn’t be at all surprised to see Leave-voting ex-Labour wards with demographics like Yiewsley or Hillingdon East trending Tory if they were in north Kent. A large part of the problem for Labour is that parts of Hillingdon vote as if they weren’t in London at all. One can see how the Tory majority might be dented from the good result they got in 2018, and even how Labour could elect a healthy-sized group of 23 or so. But however you run the permutations, Hillingdon looks like being a boring old “Con hold” on the night.

On London is a small but influential website which strives to provide more of the kind of  journalism the capital city needs. Become a supporter for £5 a month or £50 a year and receive an action-packed weekly newsletter and free entry to online events. Details here.