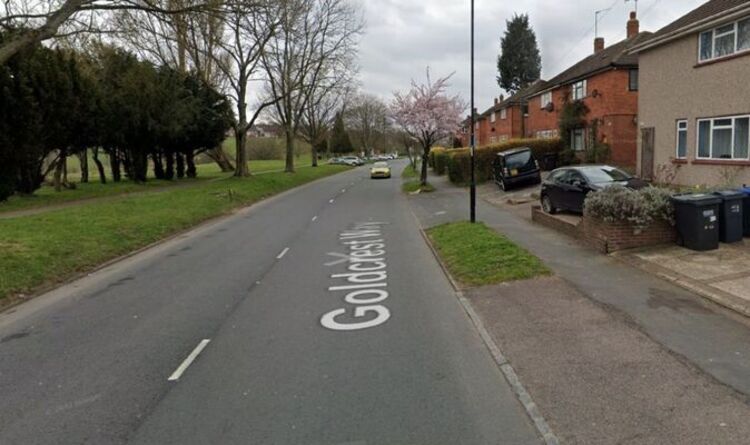 Officers were called at 4.45pm to a fight in Goldcrest Way, New Addington, located in Croydon. Three males aged 15, 16 and 18 were rushed to hospital with stab injuries. At this early stage, officers believe two of the stab victims are not suffering life-threatening injuries. However, they are “concerned” about the third and are awaiting an update from the hospital.

No arrests have been made at this stage. Witnesses have been urged to come forward with any information they might have.

A Section 60 order has also been put in place until 7am on Saturday, covering areas including Waddon, Fairfield, Parkhill, Whitgift and Shirley South.

This provides police officers with additional stop and search powers.

Croydon MPS tweeted: “We were called at 4.35pm to a fight in Goldcrest Way, New Addington.

“At this early stage, officers believe two are not in a life-threatening condition, but are concerned about the third awaiting hospital update.

“There has been no arrest at this stage. Witnesses are asked to call 101, reference 4941/15apr. Or please contact Crimestoppers anonymously.”

In another tweet, the police wrote: “Please support police officers as they work through the night to keep people in Croydon safe.

“The Section 60 covers #NewAddington and wards in the north of Croydon, including Waddon, Fairfield, Parkhill, Whitgift and Shirley South.”

Last month, concerned locals feared losing a community centre will lead to more violence on the streets of New Addington.

Croydon Council said the Addington Community Association (ACA) building in Central Parade will be sold off.

Community members gathered for a meeting of Renew New Addington (ReNA) on March 28 to discuss the loss of the community centre.

Shutting down the ACA means the New Addington Amateur Boxing Club, which has has been based on the estate for more than 50 years, will have to find a new home.

One woman at the meeting said her daughter was scared to go to Central Parade on her own and expressed fears the situation will only get worse for young people with nothing to do.

She said: “Addington is always forgotten. We are losing all our youth services.

“My daughter is scared to go over the parade. Our youths are struggling, there is nothing for them to do.”

“When we leased the old centre to the local boxing club, we were clear this was a temporary arrangement.

“We have a good track record of helping the club’s work for the local community, including donating a boxing ring and will continue to help however possible.”